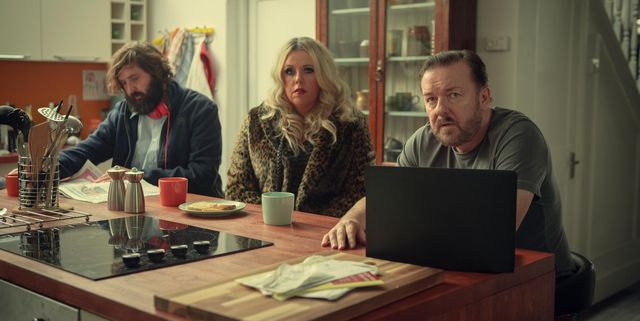 “This second season is the perfect continuation and end to Gervais’ story.”

Big laughs and many tears are in the cards with the second season of the impressive little Netflix series After Life that has Ricky Gervais directing, writing, and starring in each episode in what feels like a very personal story. It’s a brilliantly affecting series that has a perfect balance of hilarious comedy and emotional moments that are earned every step of the way and conjure up deep feelings to let close ones simply know how much they’re loved. This second season is the perfect continuation and end to Gervais’ story, although a third season would be much welcomed.

Gervais plays Tony Johnson, a funny and outgoing man who is the lead writer for the local newspaper in his small English town, who recently lost his wife Lisa to cancer, which has caused Tony to become severely depressed and suicidal. If it weren’t for his lovable dog, Tony might have already been gone, but in the first season, Tony interacts with his strange colleagues at work. This includes the new hire Sandy, along with his new friends around town such as the local sex worker Daphney, a local lady named Anne who visits her late husband’s grave every day, and the postman who outstays his welcome, Pat. Tony also visits his sick father in the nursing home every day without fail and sees a woman he likes (Ashley Jensen from Extras), but is too afraid to get into another relationship. 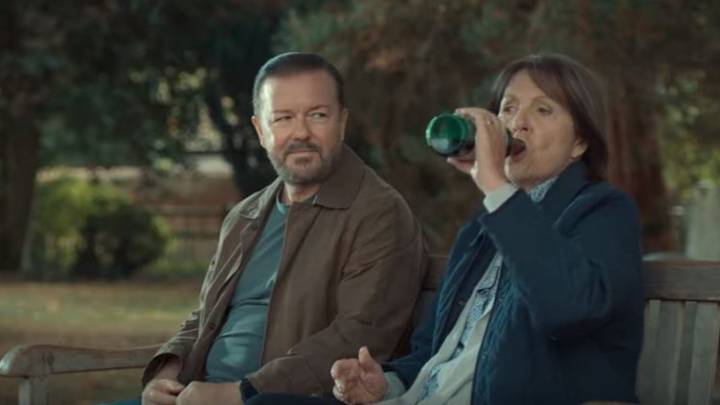 Each episode has Tony going through the motions and crossing paths with each of these people who on the surface he pretends he hates, but in reality, he loves them for their own quirky ways. Spliced in each episode is a home video of his sister’s wedding, which he watches to see his wife so happy and his father enjoy life before he came down with dementia. Additionally, in this second season, the paper gears up to cover the local talent show and deals with a possible shutdown of the paper.

What works so well in After Life is the little character moments and fantastic performances from the actors. These are the type of characters that are so much fun to be around, despite how bizarre or annoying they might seem. Their heart is in the right place and that crosses over to Gervais’ character Tony who on the outside seems like a curmudgeon who hates everyone, but on the inside, consistently does sweet and great things for people he barely knows.

Gervais has certainly knocked one out of the park yet again with After Life and is one of the sweetest and most charming series in a long time.

WATCH AFTER LIFE ON NETFLIX HERE