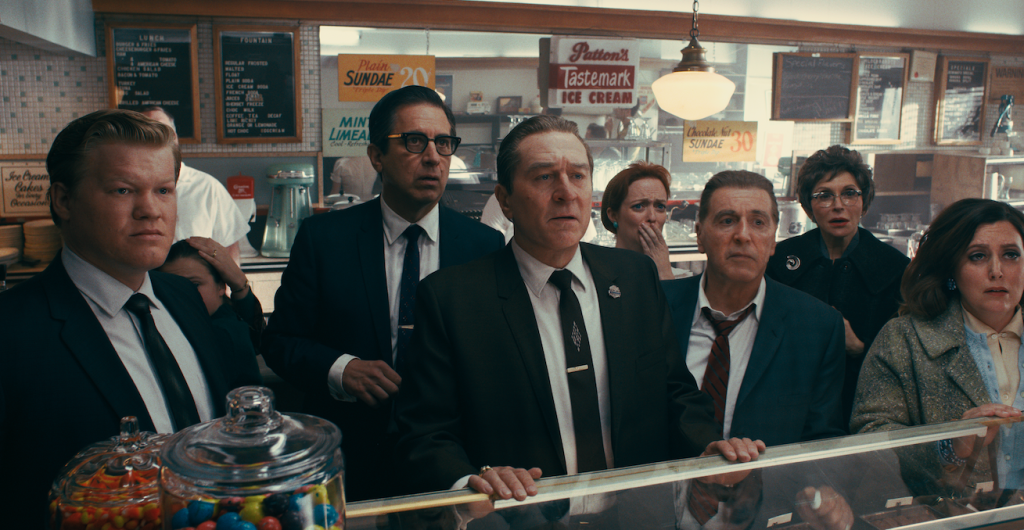 “The Irishman is a perfect storm of Scorsese mafia films over the years, culminating in what seems like his final act in the genre.”

The story of Jimmy Hoffa, Frank Sheeran, and his mafia syndicate has never been told as flawlessly as new film The Irishman. While it might not be Scorsese’s best film, it’s definitely Scorsese at his absolute best behind the camera as he weaves a multi-decade tale of crime with a myriad of characters that could be considered the greatest mob story ever told. Even at 77 years old, Scorsese has shown no signs of slowing down or shying away from brutality as The Irishman has plenty of.

Scorsese is one of those rare filmmakers that has never made a bad film. He’s made movies in different genres, time periods, and tones – all of which have shared both financial and critical success. But his bread and butter come in the form of mafia films. Movies like Goodfellas and Casino have set the bar high in this field and now with The Irishman, Scorsese has reunited with his best friendsto put that bookend on their friendship in mob movies. And it’s a sweet one at that.

The Irishman can be considered a road trip film as Frank Sheeran (De Niro) and his friend and mafia boss Russell Bufalino (Pesci) are driving across the country with their wives, seemingly to take a vacation, but with multiple suspicious stops along the way. These two men are late in their years where certain landmarks conjure up some memories, like when the two first met and how Frank became one of the most successful and notorious hitmen in the mob. It’s such a delight to see these characters and stories mingle with various other historical criminals entering the picture from time to time. 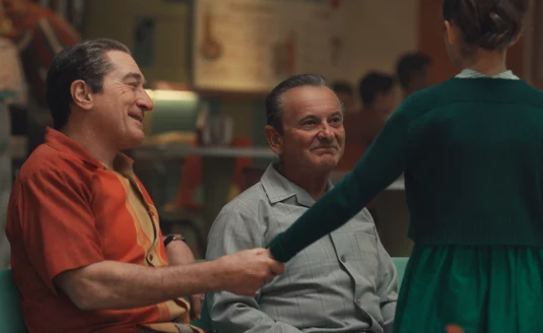 As both Sheeran and Bufalino move up the chain, they meet Jimmy Hoffa (Pacino), the outspoken and charismatic teamsters union leader with ties to organized crime. As history would show it, Both Sheeran and Hoffa would become great friends, but as time went on, other organized crime families would have problems with the big union leader, which ultimately led to the disappearance of Hoffa, which is a big part of this film, but not the ultimate reason for its existence.

Scorsese can perfectly have you relate or even sympathize with these nasty criminals as we saw in his previous gangster films, and nothing is different here with De Niro’s Sheeran, who is the main focus. Not only do we witness Sheeran’s brutal work on the streets, but we also see his family side and loyalty to friends, even if some of his family doesn’t reciprocate. And I think that in Scorsese’s previous mafia movies, we see that all good things must come to an end, whether it be the destruction of a casino or the elimination of an entire mob family – the big money days and getting away with murder always concludes. 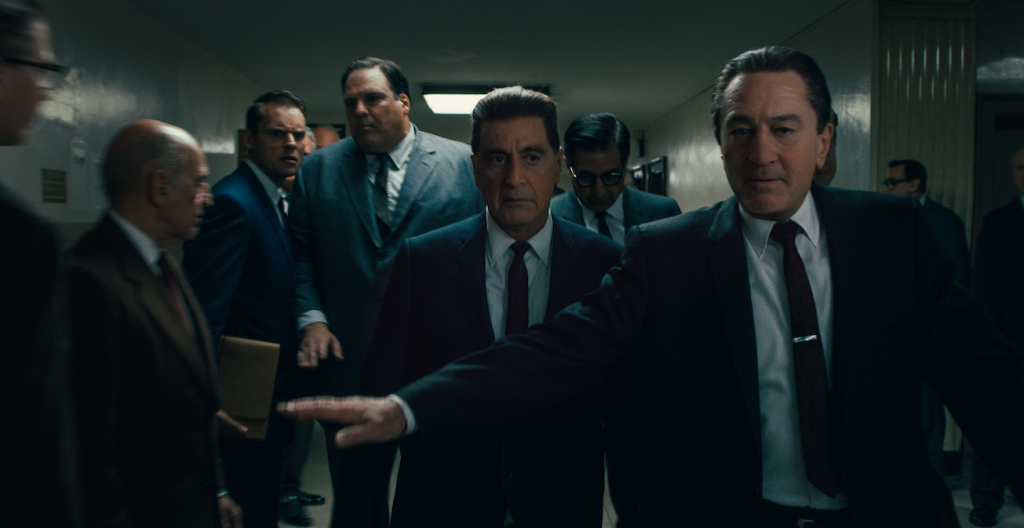 The Irishman though, Scorsese takes it a step further and adds that death will always come in some form or fashion, even if you out-live and survive all the jail time and other assassination attempts. Death will always come and you will be alone and Scorsese explores this to a great degree. It was wonderful to watch if not a bit long-winded. Scorsese had complete freedom with this film to spread his wings and do whatever he desired with the characters and story, which allows the 3.5 hours run time to analyze the nuanced performances and traits of each character through the years.

The main players here are Robert De Niro, Joe Pesci, and Al Pacino with a hefty supporting cast of A-listers who show up for a few minutes or even a few seconds of screen time. All actors deliver their best here and you’ll even see quite a few Scorsese regulars throughout. As the film takes place in different decades with the same actors, a big visual effect has to be implemented, which is where Industrial Light and Magic comes in with motion capture to make it look like Pesci, Pacino, and De Niro were young men. It looks realistic and never overtly CGI’d, which kept me in the story of the movie without having to laugh at any shoddy visual effects. 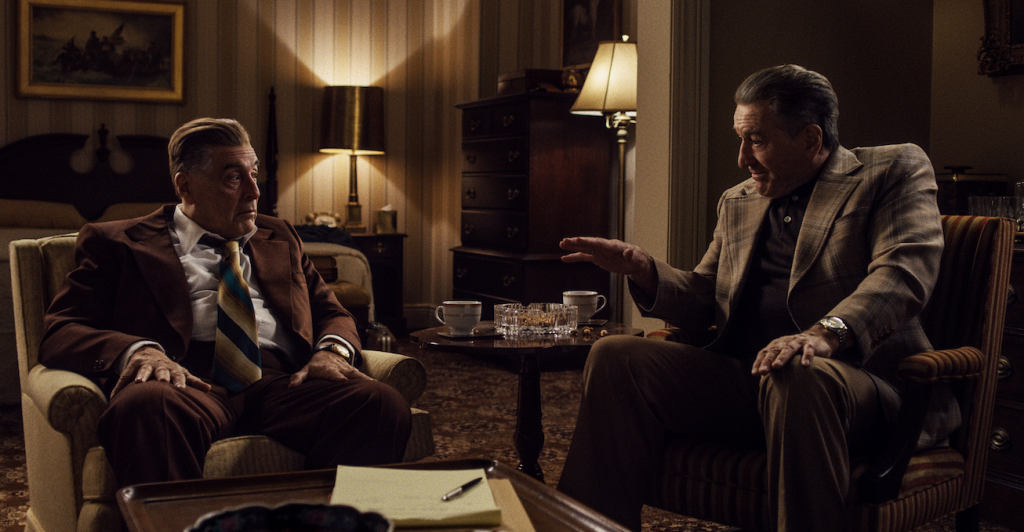 The Irishman is a perfect storm of Scorsese mafia films over the years, culminating in what seems like his final act in the genre. He had a lot of help with returning actors, writer Steven Zaillian (Schindler’s List, Gangs of New York) providing the screenplay, and some wonderful producers including Irwin Winkler (Rocky, Goodfellas, Raging Bull, The Wolf of Wall Street). Despite my opinion that a few scenes could have been left on the cutting room floor towards the end of the film, The Irishman is a grande finale for Scorsese’s gangster storytelling. The performances are all top-notch and it’s a wonderful and wild ride from start to finish, proving that no matter what age you are, you can still deliver some of the best performances in your golden years.