A BEAUTIFUL DAY IN THE NEIGHBORHOOD – Film Review! 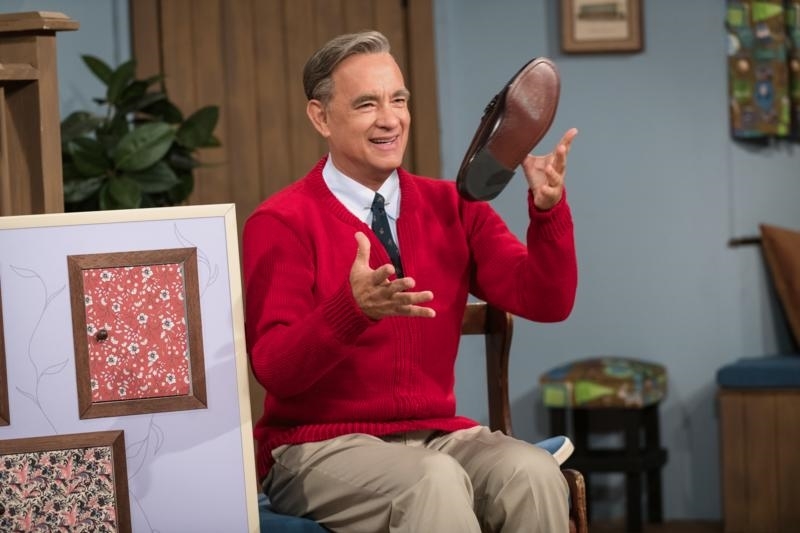 “If I could sum A Beautiful Day in the Neighborhood up best for you, a boy about 10 years old gave it a standing ovation and it’s not exactly a kid’s movie.”

Mr. Rogers continues to charm on-screen with the newest installation in films that seem to capture the heart and soul of America’s childhood sweetheart in A Beautiful Day in the Neighborhood. This film is a total 180 from last year’s Won’t You Be My Neighbor documentary which focused primarily on Rogers, as this film centers more on journalist Lloyd Vogel (Matthew Rhys) and the relationship he lacks with his father (Chris Cooper). It’s not what I was expecting, but I am not mad it’s what I got.

Vogel, a writer for Esquire, is sent to profile Rogers for their issue on Heroes. This assignment is beneath him and he’s not too happy about writing a puff piece on a man he is sure has some skeletons in his closet. Vogel, a self-proclaimed broken person, thinks everyone is damaged in some way. He can’t imagine that Rogers is as perfect and kind as he presents, and thus he sets out to expose Rogers for what he truly is. This task proves harder than he expected after meeting Rogers (played by the impeccable Tom Hanks). 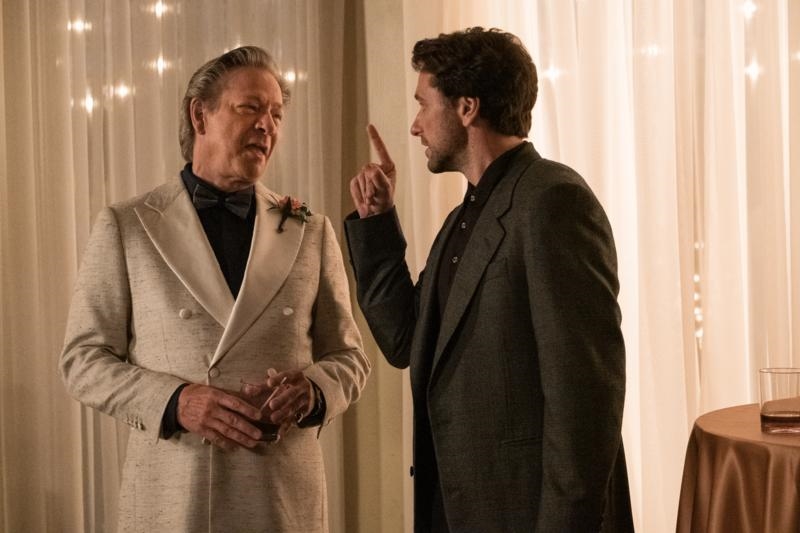 When Vogel meets Rogers it is clear that he’s suffering and in minutes Rogers begins to break down barriers. The film centers on Rogers interjecting himself into the familial drama of the Vogels while at the same time profiling Rogers and his daily routines. It shows viewers how Rogers aimed to connect with viewers of all ages. Vogel is drawn inexplicably to Rogers and throughout their interaction, you watch the transformation he experiences simply by being loved and listened to.

Hanks plays Rogers beautifully and has you in tears within the first five minutes of the movie. In fact, it’s the short bursts of Rogerisms that Hanks doles out throughout the film that will ultimately stick with you when you leave. It’s something we need more of and I wouldn’t have minded more of it in the film. It’s not a perfect film, and there are some odd parts, specifically a dream sequence that had me going “huh?” but ultimately it’s a touching film done in an unconventional way. 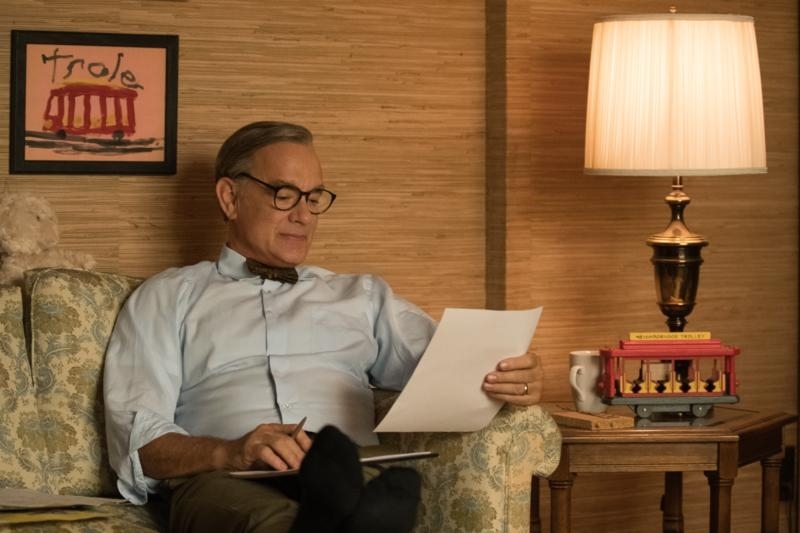 There are charming touches throughout as the music is beautifully paired and the location shots have been done as though they are toys just like Mr. Roger’s neighborhood. It’s beautifully done and left the entire audience wanting more of Rogers to the point whereas they were leaving during credits and more footage began to roll, everyone sat back down.

If I could sum A Beautiful Day in the Neighborhood up best for you, a boy about 10 years old gave it a standing ovation and it’s not exactly a kid’s movie. If it’s touching hearts young and old, Rogers’ goal has been met once again through this film and we are all the better for it.