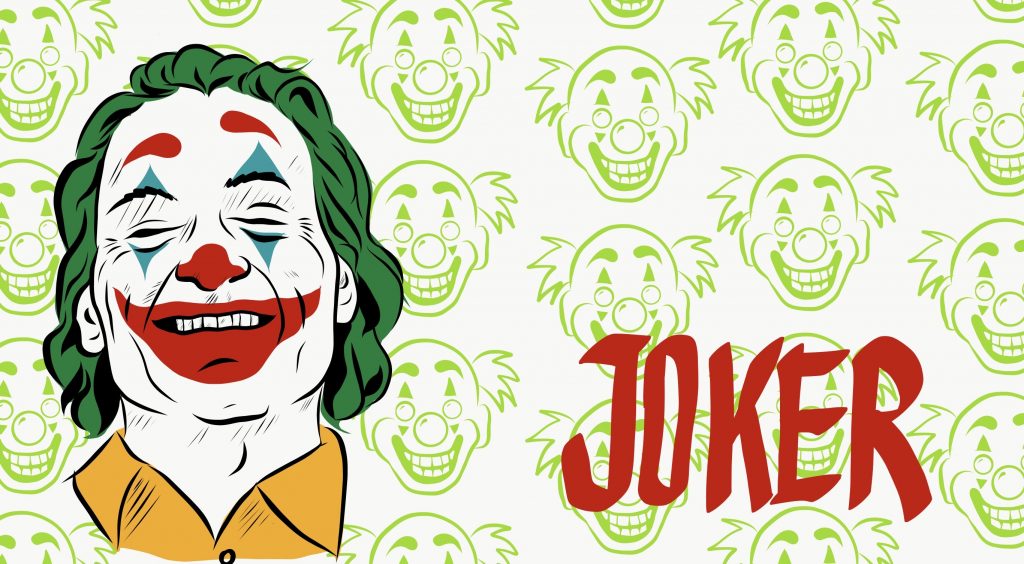 ‘Joker’ is the best comic book character study ever made.

Todd Phillips is several oceans removed from his usual comedy escapades (The Hangover trilogy) with his brutally dark, yet brilliant film ‘Joker‘. Those of you who are not particularly fond of the comic book genre these days will still find something amazing in this DC universe that takes place in the 1980s. Joaquin Phoenix gives an unparalleled performance as the titular psychopath with a smile like you’ve never seen him before in pages or on-screen. It’s really something to behold, but then again, Phoenix is always magnificent. The real star of the film is director Todd Phillips himself, who for the first time showed that he can hang with the likes of Martin Scorsese, Brian De Palma, and Francis Ford Coppola, delivering a picture-perfect account on Joker.

Phillips and his co-writer Scott Silver (The Fighter) weave a complex, violent character noir within the Batman universe that has intelligent ties to the caped crusader. But ‘Joker‘ strictly follows one man’s ascent into the symbol we’ve come to know since the 1930s. All this is made possible by Phoenix’s incredible physical body language and nuanced presentation of someone with a severe psychopathic tendency yet is highly astute and likable all the same. It’s a fine line, but both Phoenix and Phillips stay perfectly balanced in its two-hour run time, never tipping over to one side.

Phoenix plays a man named Arthur Fleck, who at best is awkward and lonely with a condition that forces him to laugh at inopportune moments. It’s physically debilitating and usually causes discomfort from citizens of Gotham. At his worst though, Fleck us unstable, cold-blooded, and has no regard for almost anyone in his life as he explains to his therapist that he’s never happy. He lives with his mother Penny (Frances Conroy), who he takes care of, where he watches the Late Night Show with Murray Franklin (Robert De Niro), in hopes that one day he can be a guest comedian on the show. But for now, he dresses up like a clown and performs at hospitals or carries signs, promoting business on the busy streets.

It’s easy to see where Phillips was influenced by ‘Taxi Driver‘ in these certain sequences that lead up to Fleck donning the suit and makeup we see in the posters. The camaraderie with fellow clowns at their run-down locker room, the political change coming to the city, and one man’s willingness to turn into a violent vigilante is all there, even though in the end, we know what path Fleck will dance towards to – the Joker.

The main drive for Fleck is perfecting his off-beat comedy at local clubs, where Murray Franklin gets a hold of a tape where Fleck bombed on stage. Of course, Murray makes fun of him, but the show invites him to come on as a guest. Meanwhile, Fleck is slowly becoming who he’s supposed to be by way of society always turning their back on him, even when he asks for help. There are many small, but important details throughout the film that help explain his method of madness and once all is revealed, it all falls into place, which I won’t spoil. Just know that it’s skillfully told in an inventive manner. 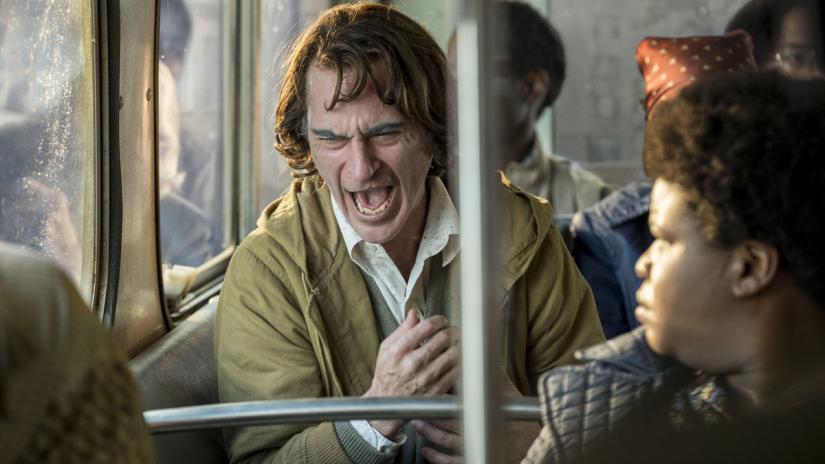 Watching Phoenix journey through his innocence to pure evil is a devastating ride, but as Arthur is subjected to cruelty, betrayal, and abuse – his insanity and savage outbursts are faultlessly manufactured. His performance showcases all of the needed emotion and decomposition of someone who wants to be good, but will never walk that line. It’s a sensational journey, albeit a chaotic one.

Even the music choice throughout the movie are well-planned and are subtly sardonic, including Cream’s “White Room”, Frank Sinatra’s “That’s Life”, and even Gary Glitter’s sport’s anthem “Rock n Roll Part 2”. This movie is a slice of pure genius in the realm of this particular iconic character and world. Todd Phillips‘ camerawork is next-level as he’s moved to the next stage in his career, which I can’t wait to witness. ‘Joker‘ is the best comic book character study ever made.