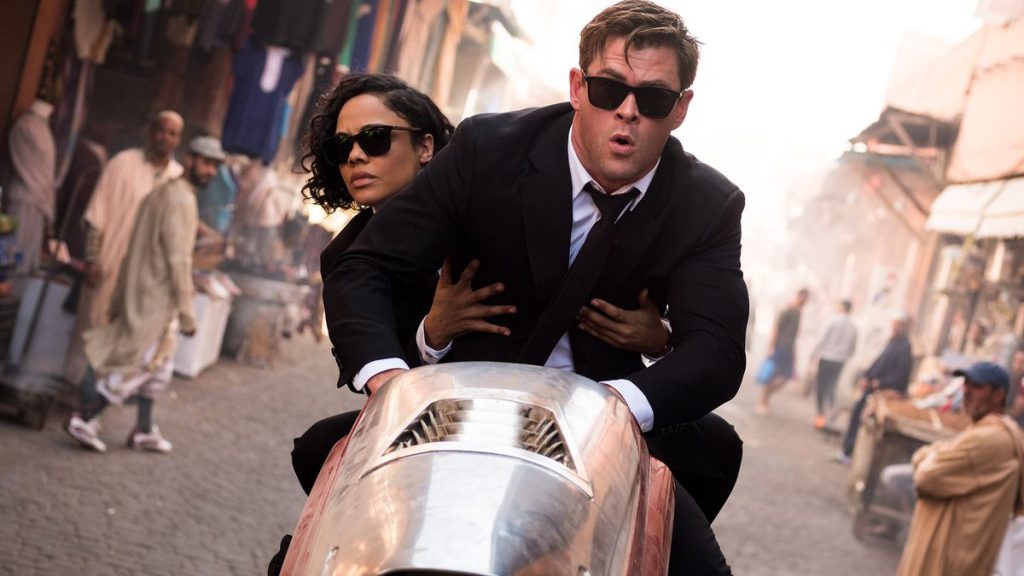 From the mind of Lowell Cunningham, creator of the strangest host of characters fighting for the protection of Earth comes a new installment of the Men in Black series which has wowed audiences with its creative creatures, mind-blowing tech and a star-studded cast of exceptional caliber (Tommy Lee Jones, Will Smith, Rosario Dawson, etc.) since 1997. In theaters now is the latest sequel to this comedic sci-fi action film, Men in Black: International. Jones, Smith, and the others did not return, but the cast is as stellar as the visual effects. Although Barry Sonnenfeld, director of the first three films, did not come back to bring this story to life, F. Gary Gray did a spectacular job. The audience was thrust into a world that seemed so possible. Men in Black: International is awe-inspiringly shot with unique angles and smooth scene and mechanical transitions throughout. 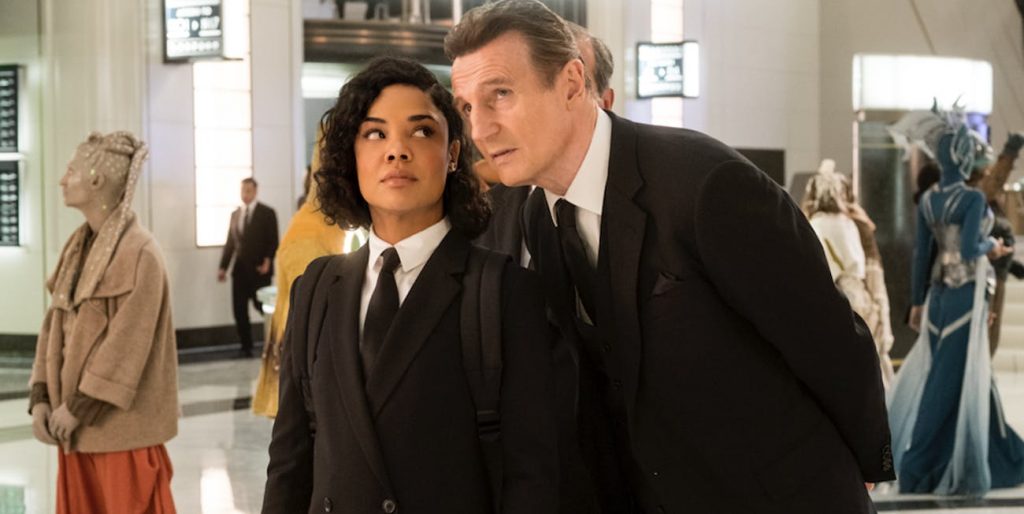 The story begins with the introduction of an ominous super villain, The Hive, the handsome and rugged Agent H (Chris Hemsworth) with Agent High T (Liam Neeson) save the world. Next, the audience is sent back twenty years to meet the most unique agent to step behind the curtain of reality, as normal humans know it that is. Agent M (Tessa Thompson) becomes an agent in a way that no other agent has. Hemsworth and Neeson are well known for their action-packed skills and mouth dropping good looks. Hemsworth aka Thor from the Marvel universe still rocks our realm and brings the skull-crushing action we crave. Neeson known as the avenging Bryan Mills in the Taken series or as the Greek god Zeus in the Clash of the Titans films shows off skills in bringing complex characters to life. Thompson is slightly newer but accomplished as well in both provocative independent films like Dear White People and For Colored Girls to newer blockbusters such as Creed and Thor: Ragnorak (great to see Hemsworth and Thompson battling it out again). She has a promising acting range. I look forward to what she may become in time. Gray really showed his genius when it came to capturing the movement and sequences involving the ethereal assassins personified by the French hip-hop dancing twins, Laurent and Larry Bourgeois. These two will command your attention due to their menacing presence and wicked skills on the dance floor. Merci beaucoup, France! The framework of their alien form was very reminiscent of the murderous twin assassins Adrian and Neil Rayment in The Matrix Reloaded and Rayden Christopher Lambert in the Mortal Kombat series.

Overall you will enjoy Men in Black: International without a doubt. Some gems of the original films have carried over to Men in Black: International including a re-imagining of the opening sequence theme song, the sharp agent wardrobe, the multiple screen newsreel of aliens among us (Ariana Grande, Donald Glover, etc. just to name a few), amazing vehicles and weapons with eye-popping transformations, and a cute sidekick in an adorable alien, Pawny (Kumail Nanjiani). There is even an homage to Mjolnir.