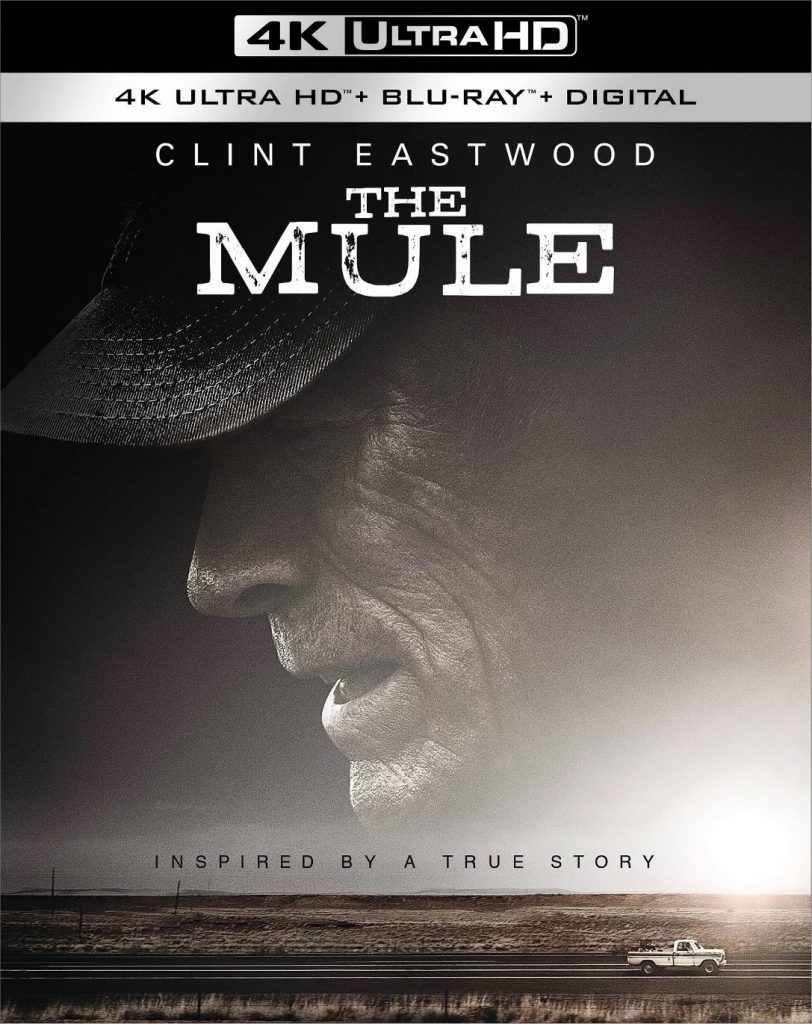 For the first time in more than a decade, Clint Eastwood is back starring in his own directorial effort called ‘The Mule‘, which is based on a true story about a man named Leo Sharp, who was a down-on-his luck elder man who became a very successful drug runner for the Mexican cartel. It’s a rather interesting story that had some trouble being made into a film. At one point, Ruben Fleischer (Zombieland) was attached to write and direct the film, but over the course of a year or so – Clint Eastwood became involved and the rest is history. Fletcher is still credited as Executive Producer here. Eastwood tells this story with a very subtle sense of suspense. There was never any point where I felt his character was in danger or something bad was going to happen. It’s the opposite of something like ‘Breaking Bad‘ in the suspense department. Still, there is an elegant quality to Eastwood’s filmmaking that makes this story worth your while.

Eastwood plays Leo Sharp or in the case of this movie Earl Stone who is a successful horticulturist who has a ton of friends and a great product. While that one aspect of life is fruitful, Earl’s family is anything but good. He’s never around for birthdays, graduations, or even his daughter’s wedding. His wife (Diane Weiss) still moves him, but won’t stick up for his absence, even if he doesn’t show up for his granddaughter’s adult life events. Due to the internet, Earl’s flower and plant business has been shuttered and he wants to still support his family, so he ends up as a driver or “mule” for the Mexican Cartel delivering drugs from place to place and he starts to make a decent living once again.

Meanwhile, the DEA (Michael Pena, Bradley Cooper, and Laurence Fishburne) are trying to bring down the cartel and hear about this person who is able to avoid detection from the police in transport. Little do they know, they are looking for an innocent-looking grandfather who listens to country music and Frank Sinatra and has a perfect driving record in Clint Eastwood.

Eastwood’s character doesn’t apologize for his faults, his sometimes uncouth speech, and does not cower in horror when confronted by scary looking cartel members, as he says int he film, “I’ve been in combat in Korea. I ain’t scared of you.” This goes a long way in his story and has the cartel members respect him more, even from the head boss (Andy Garcia). You can read what happened in real life online to Eastwood’s character, but with ‘The Mule‘, you can watch it play out in an entertaining way with a solid performance from Clint and Diane Weiss. 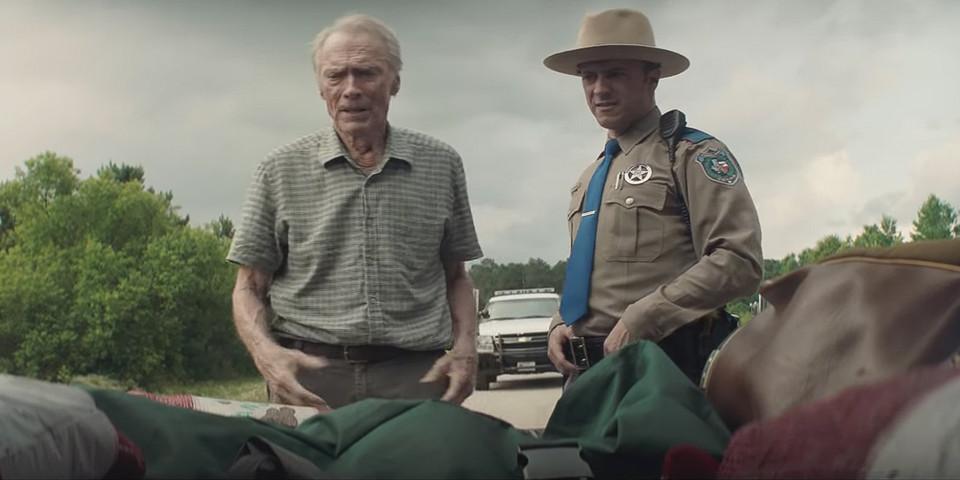 The Video: ‘The Mule‘ comes with a 2160p UHD transfer and is presented in 2.40:1 aspect ratio. It is HDR compatible as well. The film was not shot with 4K cameras, but up-converted to UHD for this release. Colors are more natural and bold in this 4K presentation. As Eastwood drives his truck down the highways, we see a ton of excellent green pastures on either side of the road along with some clear blue skies above. The gray and black road tops looks wonderful as well. Primary colors come in to play in certain times, particularly at a big cartel nighttime party where bathing suits reveal bright colors that are only enhanced with the HDR.

Other neon signs of cheap motels shine brightly too. Detail is sharp and vivid as well with every wrinkle, mole, and nindiciual hair on Clint Eastwood’s face showing up nicely. You can see his age spots and veins easily here. Tattoos on the cartel members also showcase detail and symbols throughout. Textures in the button down shirts, cargo luggage, and sheen on his truck all are visible.  The black levels are deep and inky with skin tones looking natural. There were no major issues of banding or aliasing here.

The Audio: There is no Dolby Atmos track with ‘The Mule‘, but rather the standard lossless DTS-HD MA 5.1 mix, which is just fine with this dialogue driven drama. There are no major shootouts or explosions with this movie. Sound effects of engines revving up or nicely driving on the highway sound good, along with other vehicles passing by along the road. There are a couple of parties during the film that feature music, a lot of people talking or yelling, which makes good use of the surround speakers.

The biggest song experience during the movie comes when the cartel boss is skeet shooting with his gold shotgun, which makes an ultra loud “boom” with plenty of heavy bass with each shot. It is startling with each shot. Bass kicks in a bit as well during the party sequences. Other than that, it’s all about the dialogue, which is clear and clean, if not a bit soft spoken. There were no pops, cracks, hiss, or shrills. 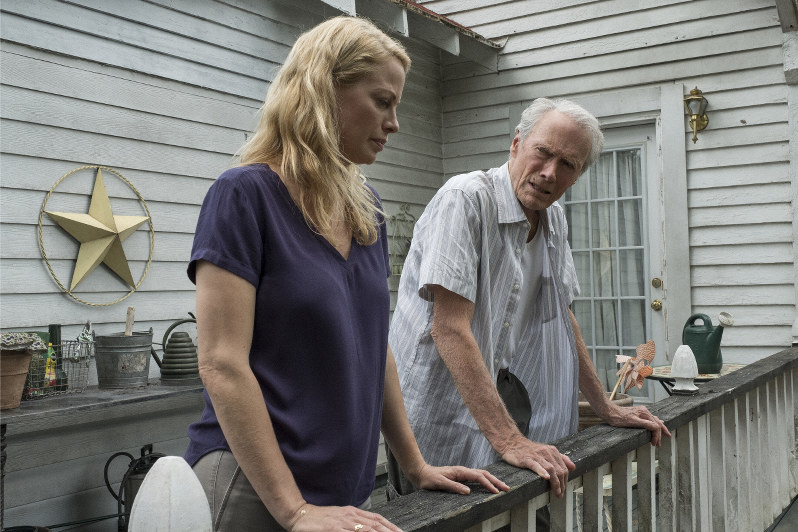 Nobody Runs Forever: The Making of The Mule (HD, 11 Mins.) – A decent, but short EPK fluff short with cast and crew interviews (including Clint Eastwood and Bradley Cooper), talking about making the film. Discussions include shooting on location, researching the cartel and drugs, flowers, casting, wardrobe, the true life story and more. 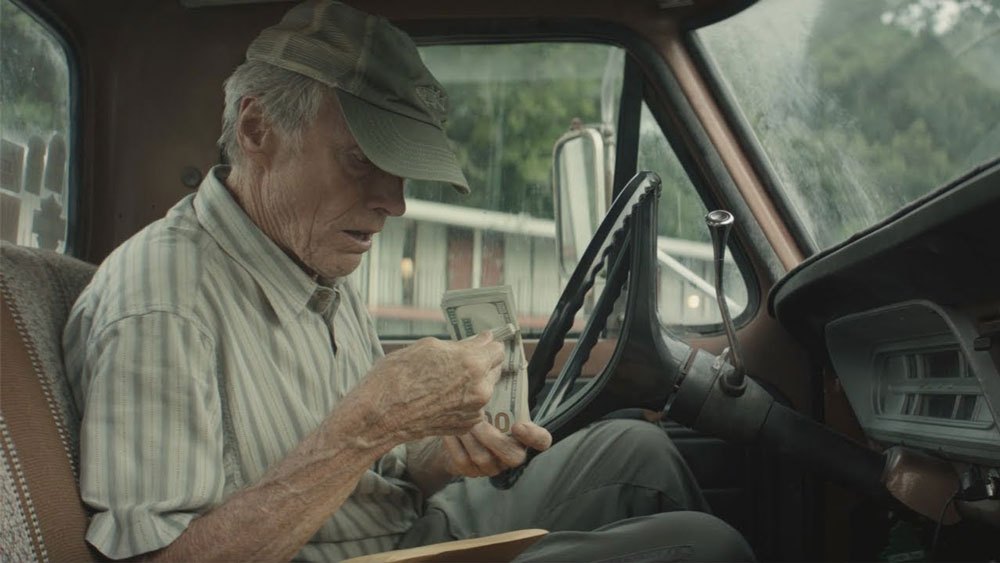 ‘The Mule‘ is a solid film from Clint Eastwood and it’s still nice to see him star in his own films. There isn’t anything too terribly exciting or tense in this film, but it’s nicely told and is worth your time. It’s one hell of a true life story too. The 4K UHD image looks very good and the DTS-HD MA 5.1 mix is subtle, but counts when it has too. Bonus features are lacking for sure, where it would have been nice to have a commentary track or extras about the real life story. Give this one Rent for sure!