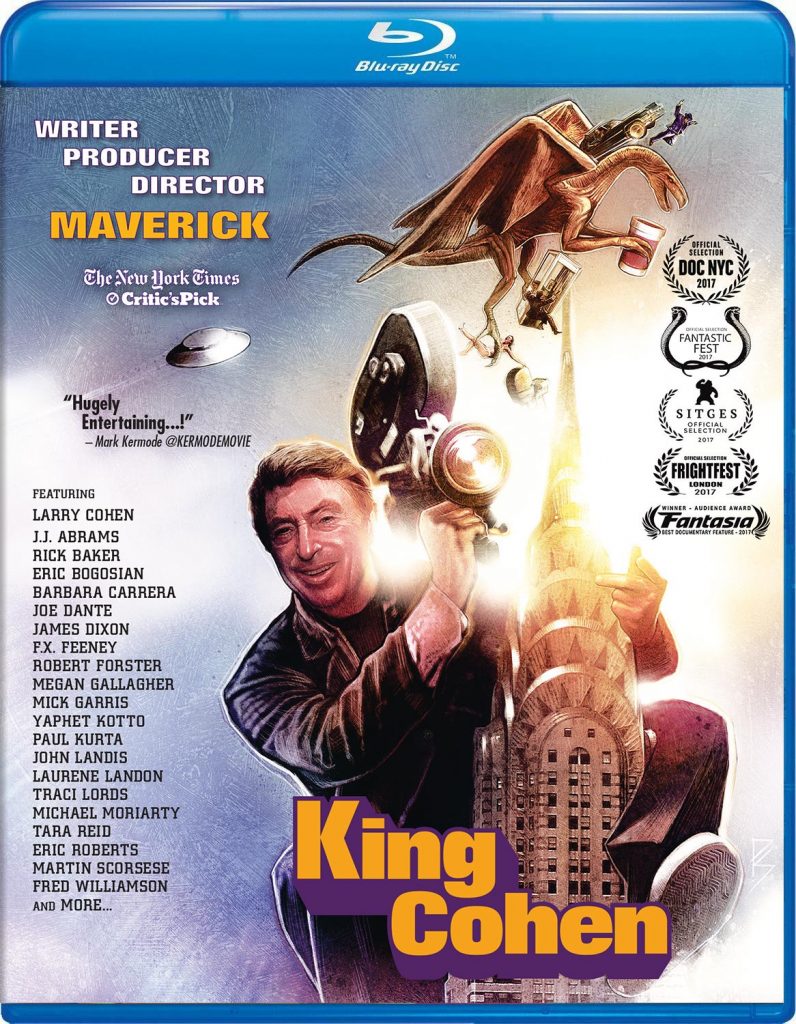 Larry Cohen is one of those old-school filmmakers that has been around a long time and is universally loved in the business. Cohen is mostly known for his B-movie films and having a penchant for not taking “no” for an answer. His filmmaking methods are pioneering and risky, but all have been a big success in their own way. Over the past few decades, Choen has amassed a ton of great friendships with other filmmakers, who all talk about Cohen her in this documentary called ‘King Cohen‘.

Spliced with clips from his films, including ‘It’s Alive‘ along with his other movies, you can see the big impact that Cohen has made on Hollywood with a hilarious and endearing story about the legendary creative master. This Blu-ray release comes from La La Land, not to be confused with the Oscar-winning movie, but the record company who recently got into the Blu-ray realm. This Blu-ray actually comes with a CD soundtrack of the documentary, which is super cool along with many extras that are detailed below. This is a great documentary.

A.S.C. MONSTERS ON THE TABLE: Larry at home with some monstrous friends.