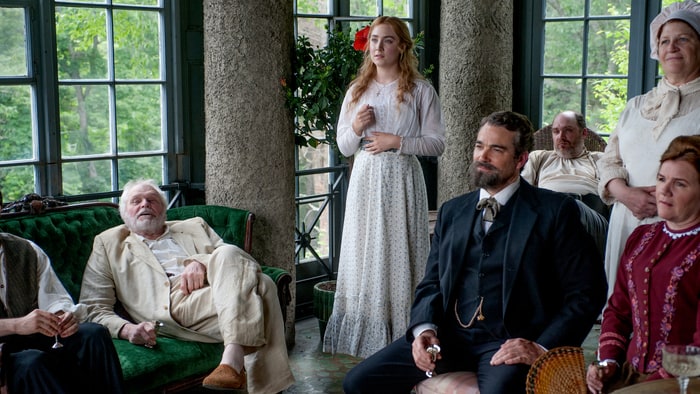 The Seagull, a Chekhov play which has been adapted for screen by Michael Mayer, sorely misses the mark. I say this without having read the play; however, I all but guarantee you that Chekhov is rolling over in his grave. I saw the preview for this film in the theater and it didn’t look half bad: the cast is filled with strong women and well known men. Leading the way are Annette Bening, Saoirse Ronan and Elisabeth Moss. While they all have strong performances, they could only do so much with the material they were given. Rounding off the cast are Corey Stoll, John Tenney and Brian Dennehy.

One of the biggest issues I had with this period piece is that it’s an adaptation of a Russian play, set in the countryside outside of Moscow- all the characters have intensely Russian names, and they speak perfect English. I get that we have films all the time where we just pretend that the language is our own when it should clearly be something else, but in this film it seemed like they were playing dress up with something they weren’t. It was like watching your kid’s play where they all take on foreign personas but speak English the whole time. For me, it was a distraction and I would almost have rather had subtitles and I hate subtitles. 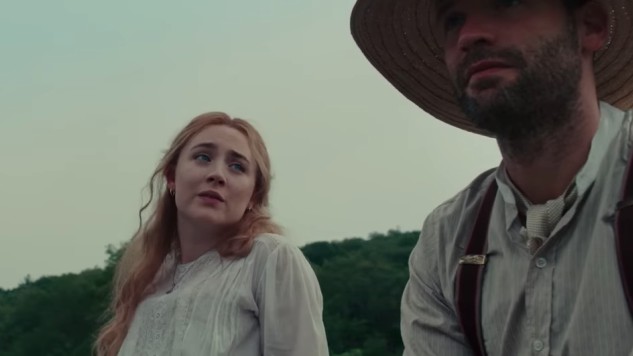 The Seagull follows the life of Irina (Annette Bening), an aging actress, who returns to the countryside to visit her brother Pjotr (Brian Dennehy) and her son Konstantine (Billy Howle). She brings her young lover, Boris Trigorin (Corey Stoll), who is a famous writer. Irina fancies herself a bit too good for the rest of the family and her son struggles in trying to win her attention and affection. Konstantine is a lover of the arts and attempts to impress family and friends with a play of his own, staring his lover Nina (Ronan). There’s a bit of a Shakespearean feel to the plot as everyone seems to be in love with someone that doesn’t love them. Irina loves Boris, but so does Nina. Konstantine also loves Nina, but Masha (Elisabeth Moss) loves Konstantine, and a school teacher named Mikhail loves Masha. Konstantine wants Irina to love him but alas, she loves her career and herself more. It’s a Midsummer Night’s Dream on depressants. 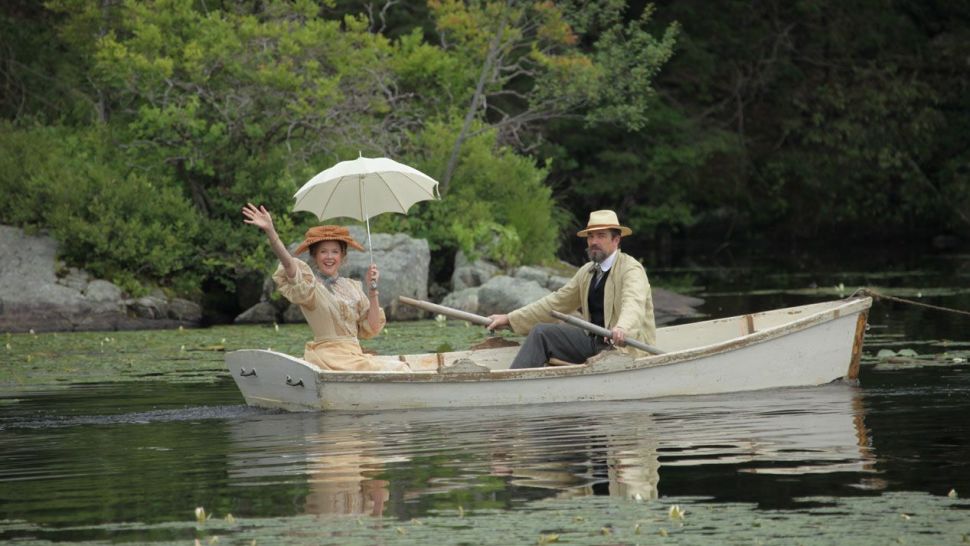 The performances were the only redeeming thing about this film for me, but they too made me want to close my eyes and not wake up again. In fact, I think I fell asleep for about five minutes and it changed nothing. While I truly enjoyed Elisabeth Moss’s character who wore all black and drank her breakfast each day to mourn her life, this was actually more depressing than watching her in Handmaids Tale, and that’s saying something.

So if you are a huge Annette Bening fan, maybe go see this, or maybe wait for it to hit Netflix. In my opinion The Seagull wasn’t worth the time and it certainly wouldn’t be worth my money to see it.