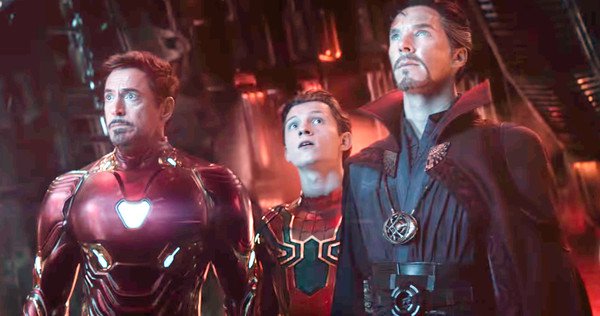 Avengers: Infinity War isn’t just the next chapter in the Marvel Cinematic Universe. The movie is the culmination, better yet coronation, of the universe to this point. This is the film that will actually be remembered and talked about years from now. Ten years in the making, eighteen films deep, and at least 30 characters so that we could get here. It’s astonishing that they pulled this off. Infinity War, when all is said and done, will likely be the crowning achievement of this cinematic universe.

There is no easy way to discuss the actual film without heavy spoilers but I won’t do that to you here. Maybe in a week or so we can deep dive into spoiler territory but for now we’ll keep it safe. The movie follows Thanos’ (an insanely powerful alien played by Josh Brolin) quest to obtain six infinity stones so that he can wield their power and bring balance to the universe. Of course his idea of balance and means of obtaining the stones brings conflict with every Marvel franchise ever. Iron Man, Doctor Strange, Wong, and Spider-Man are in New York. Thor, Hulk, & Loki are aboard their ship from the end of Thor: Ragnarok. Of course The Guardians are traveling through space following Thanos’ path of destruction. Cap, Falcon, & Black Widow are MIA. Vision and Scarlet Witch are having a romantic weekend away in Scotland and Black Panther & Co. are safe in Wakanda. All of these groups will somehow come into contact with Thanos and in most cases with each other in the span of two and a half hours. Feel tired?

Well the good news is that the film starts off going 100mph and only increases speed as we move through the runtime. There is very, very little down time. The exposition and backstory we learn about Thanos makes him a fascinating villain and EASILY Marvel’s best. Thanos is truly menacing and every fight he is in you fear for each character going toe to toe with him. Even Thanos’ children, The Black Order, who he dispatches to retrieve stones and kill Avengers, are well crafted and never feel like throwaway punching bags. The Black Order cause some real damage in this movie.

Balancing all these characters and franchises was clearly no easy task but The Russo Brothers do a really great job with tone. The humor is in the right spots and when things get serious, dark, or emotional they get there quickly and earn those feelings through character work. Early on as we move from New York to The Guardians ship then to a mini Captain America movie the directors seem to honor those franchises in real subtle ways that make them feel unique and yet totally part of this much larger story. Avengers: Age of Ultron feels more overstuffed than this movie despite having 20 less characters to cater to.

I follow these movies very closely and did a rewatch of all 18 MCU movies leading up to Infinity War. I was shocked. I was surprised. I was extremely pleased. Infinity War went directions I didn’t expect and it earned every risk it took. The ending 15 minutes will be discussed and analyzed for the next 11 months leading up to Avengers 4 and good for Marvel for having the balls to create a movie with stakes for once.

Infinity War should be watched with only the knowledge of the previous eighteen movies. Avoid the spoilers! There is nothing you need to know beyond what you’ve seen in the previous movies. There is a shorthand used to get things moving because we all know these characters so well from their solo movies. Marvel has always excelled with character and now they use it to their advantage to cram all of them together in a high-stakes life or death battle across the universe. Somehow they pull it off and made a really great film. When all is said and done, I think Infinity War will be the MCU’s greatest achievement.