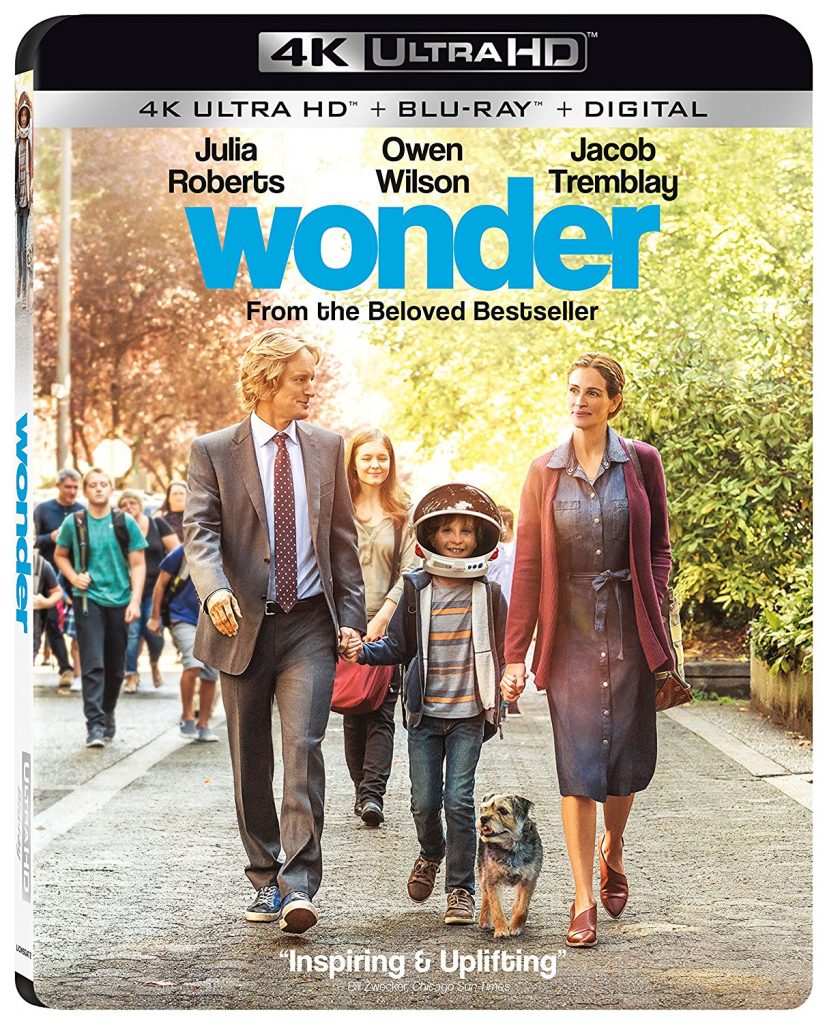 Back in 2012, author R.J. Palacio released her novel ‘Wonder‘, which caught on worldwide quickly and became one of the most heartfelt and dare I say it “wonderful” stories of recent memory. It was only a matter of time before it was optioned into a movie. Luckily Lionsgate picked it up where author/director Stephen Chbosky (Perks of Being a Wallflower) signed on to take on the task in adapting this fantastic story for the big screen. ‘Wonder‘ follows a young boy named Auggie (Jacob Tremblay) who was born with Treacher Collins syndrome, which is a genetic disorder that causes facial disfiguration at birth, which can cause problems with hearing, eyesight, and breathing.

Other than that, the people affected with this syndrome are normal. Auggie has had a few dozen surgeries before he enters middle school to get him looking the way he does in the film, which subsequently is his first time attending a public school, and not home school with his mother Isabel (Julia Roberts). The book as well as the film tells the story from the eyes of several different kids, including Auggie, his sister, and new friends he makes. By telling the story this way, we get to see not just how the kids react, but what may cause their reactions to Auggie and the decisions they make. It’s truly remarkable.

Luckily, the whole story flow and characters are more or less so genuine and likable, much like they way ‘Gilmore Girls‘ was. As Auggie goes thru his first year at school as a 6th grader, this coming-of-age drama hits a ton of highlights of growing up that brings both the high points and low points, which Chbosky has done well in before with ‘Perks of Being a Wallflower‘. This is one of those films where you want to spend not just an hour or two with the characters, but a lifetime with them, with a very simple message at its core. The film is quite funny and pulls the heartstrings often, but never in a cheesy way, but in a very realistic way, which brings evoke some deep emotions.

The comedic elements are all perfectly delivered and the ‘Star Wars‘ references are top notch (I’m not kidding). Everyone turns in a great performance, but the young Jacob Tremblay truly shines in this deeply felt role for him. At such a young age, this kid can perform with the best of them, no matter what age. ‘Wonder‘ is a family-friendly gem that will never grow old and should be watched forever. One of my new favorites for sure. 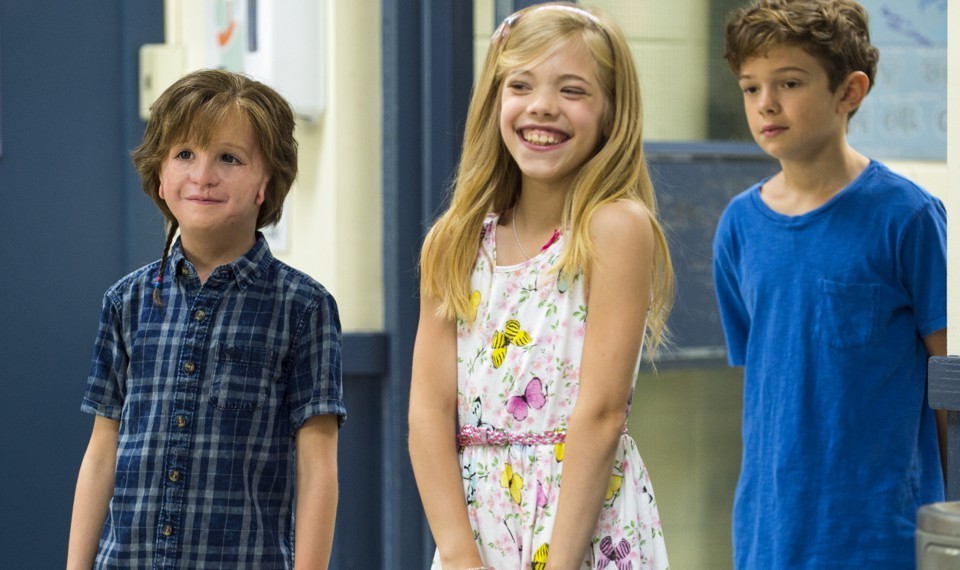 The Video: Lionsgate brings ‘Wonder‘ to the front of the class with 4K UHD with an option of HDR10 encoding as well as Dolby Vision, which is just phenomenal. It is presented in 2.40:1 aspect ratio as well. The film simply looks amazing in each scene. Colors are bright and boast beautiful primary colors throughout. The rare green trees in New York City illuminate the brown and platinum colored buildings that engulf the landscape, while the clear blue skies look fantastic.

Interiors of the house and school are all warm and inviting with natural shades of browns and soft lighting with carrying degrees of bright colors to give the warmth of a kid’s happy home. The Dolby Vision comes into play especially in the exterior shots. The fireworks display towards the end of the film showcase some brilliant colors that is not seen on any other release of this film. Black levels are always deep and inky without any evidence of crush and the skin tones are very natural at all times. Detail is very sharp and vivid too.

The practical effects makeup on Auggie’s face show the faint surgery scars well. Facial pores show up nicely in closeups too as well as the fur on the family dog and of course Chewbacca. Wider shots never soften up and reveal all of the necessary scuff marks and fingerprints on windows and lockers nicely. There were no problems with video noise, aliasing, or banding, leaving this video presentation with Dolby Vision with excellent marks.

The Audio: This release comes with impressive lossless Dolby TrueHD 7.1 mix and is just fantastic. This isn’t a film with gun shots, explosions or car chases. This is heartwarming comedy-drama film is dialogue heavy with some good musical moments. The surround sound moments really come full force in crowded scenes, such as in the hallways of the school, walking around outside in the big city, and at the end of the film during the graduation ceremony.

These scenes are full of distant kids talking, lockers slamming, footsteps, and at sometimes applause. It really immerses you in the moment. There is great directionality with the dialogue as well and the score and music always pulls the heartstrings and keeps with the tone of the film. The dialogue is always clear and easy to follow along with and free of any pops, cracks, hiss and shrills. 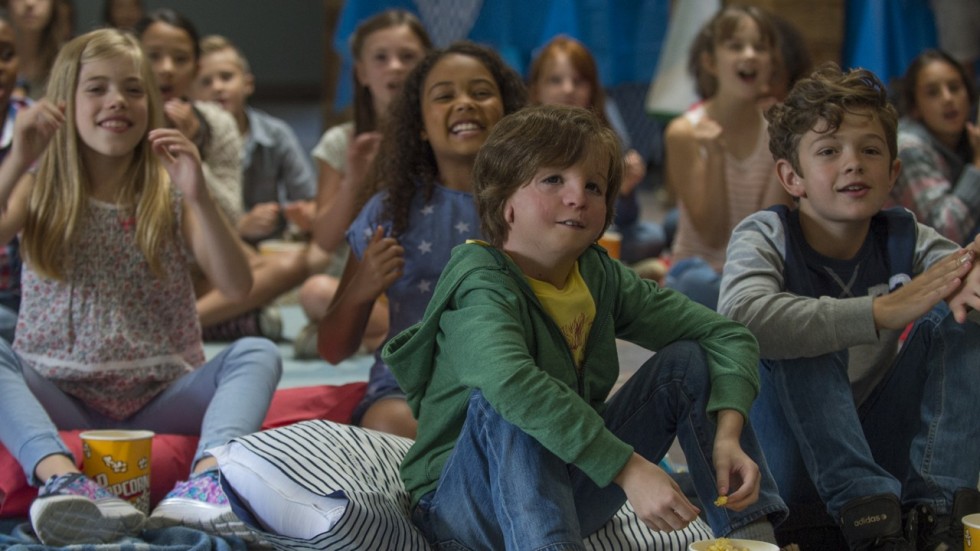 Audio Commentary – Stephen Chbosky and R.J. Palacio discuss making the film, adapting the book, casting, and some on set anecdotes here. A lot of this is also covered in the below hour-long documentary.

Summer of Fun (HD, 58 Mins.) – This is a 5-part documentary, which you can Play All in a row. The whole cast and crew talk about making the film with some on-set footage. Included topics are casting, adapting the book, just how much everyone loves the book, and the makeup prosthetics.

A Child’s Sense of Wonder (HD, 14 Mins.) – This supplement discusses how all the kids got along on set through their eyes with tons of interviews and onset footage.

What A Wonderful World (HD, 13 Mins.) – This focuses on the production design on the film and on-set locations around New York.

Wonder Soundtrack: Behind the Scenes (HD, 4 Mins.) – A few interviews with the composer and other crew members about the music for the film. Most of this is comprised of clips of the movie.

‘Wonder‘ is one of those movies you’ll want to watch all the time. The characters and the message is outstanding and one that people should take to heart. This is such a charming and engaging movie that I wish everyone could own a copy of this. The Dolby Vision 4K UHD is simply phenomenal and the audio, while there are no explosions, still has a great sound dynamic. The extras are all worth your time and engaging as well as informative. This is a MUST-OWN!