‘Suicide Squad: Hell To Play’ is coming to 4K UHD and Blu-ray! 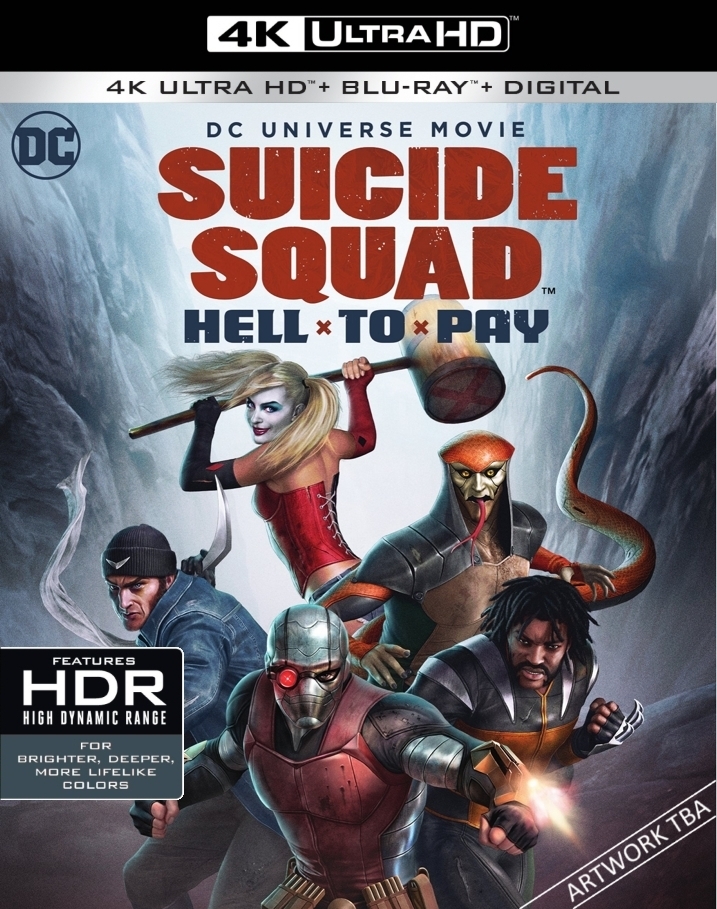 DC Comics and Warner Bros. is set to release a hardcore rated R ‘Suicide Squad‘ animated film called ‘Suicide Squad: Hell to Pay‘ on 4k UHD and Blu-ray. You can watch the film digitally on march 27th, 2018 and purchase the 4K UHD and Blu-ray on April 10th, 2018. The film is rated R for strong bloody violence throughout, sexual content, brief graphic nudity, and some drug material. I’m super excited for this already.

Suicide Squad: Hell to Pay finds Amanda Waller’s top secret “Task Force X” – Deadshot, Bronze Tiger, Killer Frost, Captain Boomerang, Harley Quinn and Copperhead – on a mission to retrieve a mystical object so powerful that they’re willing to risk their own lives to steal it. But the Suicide Squad isn’t the only group of villains seeking to possess the object. The race is on for the golden prize … and, to stay alive, second place isn’t an option.

The all-star cast is led by Christian Slater (Mr. Robot, Archer, True Romance) in his DC Universe Movies debut as the voice of Deadshot, who heads “Task Force X” alongside Billy Brown (How To Get Away With Murder) as Bronze Tiger, Liam McIntyre (Spartacus: War of the Damned, The Flash) as Captain Boomerang, Kristin Bauer van Straten (True Blood, Once Upon a Time) as Killer Frost, Gideon Emery (Teen Wolf) as Copperhead, Tara Strong (Batman: The Killing Joke) as Harley Quinn and their “boss,” Vanessa Williams (Ugly Betty, Desperate Housewives) as Amanda Waller. Villainous forces in the film include C. Thomas Howell (Outcast, The Outsiders, Justice League: The Flashpoint Paradox) as Zoom, Dania Ramirez (Devious Maids, Heroes, Once Upon a Time) as Scandal Savage, James Urbaniak (Difficult People, The Venture Bros.) as Professor Pyg, Julie Nathanson (The Zeta Project, Beverly Hills 90210) as Silver Banshee and Jewelee, and Jim Pirri (Injustice 2) as Vandal Savage & Vertigo. 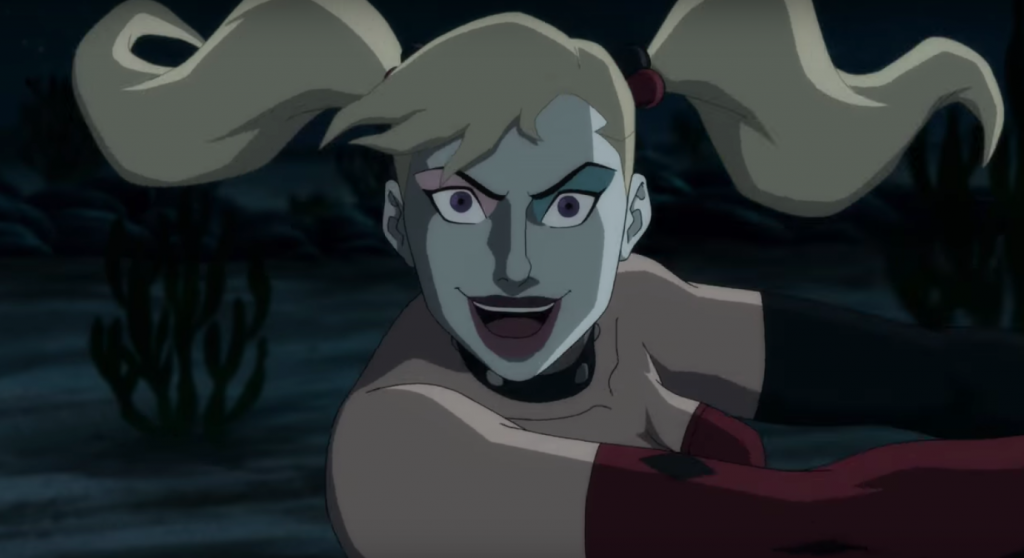 Outback Rogue: Captain Boomerang (Featurette) – Audiences get a deeper look at this unconventional, yet entertaining villain from Down Under and how he’s evolved from The Flash universe to the Suicide Squad.

Nice Shot, Floyd! The Greatest Marksman in the DCU (Featurette) – Floyd Lawton, AKA Deadshot, is one of the most popular antiheroes in the DC pantheon. An excellent marksman and assassin, he often brags that he never misses his shot. Take a closer look at this fascinating character.

The Power of Plot Devices, MacGuffins and Red Herrings (Featurette) – An insightful examination of the power of a good plot device and the important influence it has over story.