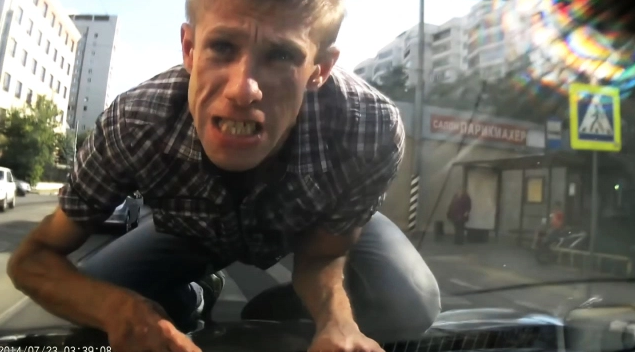 Big budget action blockbusters don’t have shit on this documentary, simply titled ‘The Road Movie‘. Russian filmmaker Dmitirii Kalashnikov has expertly edited a treasure trove of what acts as the ‘Best Of” YouTube videos of Russian dashboard vehicle cameras that showcase the crazy, sick, and depraved of the Russian highways and city streets. We’ve all seen a few short 10-second clips of a car crash or some crazy Russian guy getting out of his car with a weapon over small traffic dispute.

With ‘The Road Movie‘ though, these clips are edited to form a brilliant 70 minute film that not only showcases insane car crashes and crazy people roaming the streets, but it also gives us a glimpse of the psyche and lives of people in Russia, which will make you laugh out loud and hide in terror all at the same time. There is no real rhyme or reason to this documentary. There is no narrative or point really. We don’t even see the bloody aftermath of any of the wrecks, but simply a few seconds before any of the incidents, then boom – we’re on to the next wreck of carnage and sometimes hilarity. 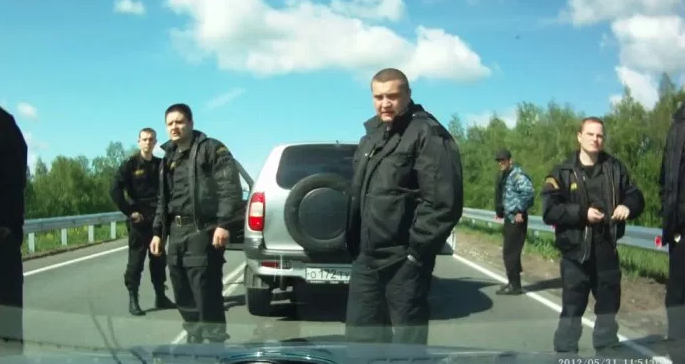 What Kalashnikov does so well here is that he’s expertly weaved and edited the perfect parts of each video that gives us an insight on life in Russia, which is mostly, they just don’t give a shit. There’s a reason for those funny YouTube videos where everything seems hardcore in Russia or the iconic proverb, “In Russia, car drives you”, or something similar. What I believe is the founding light of the film is a certain video that has a simple traffic dispute where the two opposing vehicles get out of the car and start throwing punches, kicks, and anything else – all the while the radio plays a talk show about how Russians have devolved into their animalistic tendencies and would prefer to fight rather than to talk. The irony is so thick there that you can drizzle it sweetly over your morning breakfast. 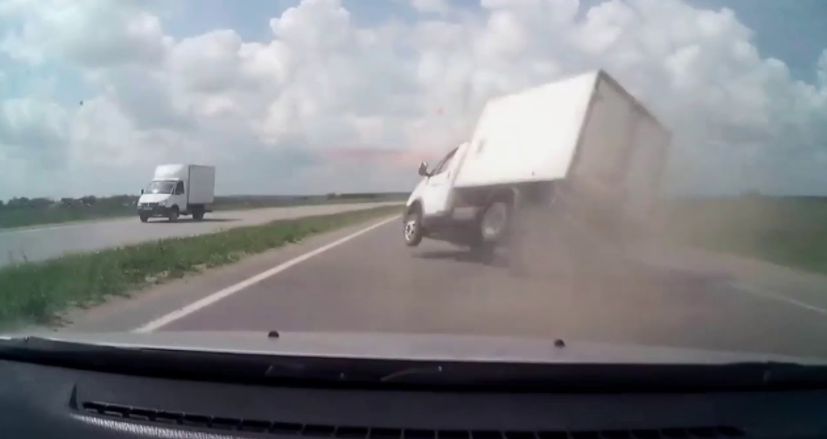 Other great clips involve a couple driving straight through a forest fire, multiple car collisions and solo spinouts during icy weather, and even road rage that gets out of hand with gun shots, an axe, and even someones head. We’ve all heard of the chaotic police force in Russian and how they have a problem with corruption, which we see first hand here as someone is pulled over when about 12 “so called” police officers get out of a car and intimidate the driver and passenger. Another clip shows someone stuck in traffic when a car ahead of him is robbed and beaten. On the other hand, there are some dash-cams that simply film people who are extremely high on drugs who are wandering aimlessly through high traffic areas.

There is no shortage of “Holy Shit” moments with ‘The Road Movie‘ that would make all of Michael Bay movies look like child’s play. There is nothing out there like ‘The Road Movie‘, and I hope this inspires others or at least Kalashnikov to make more documentaries of this same nature, because even though there are some truly terrifying images, you can’t look away.