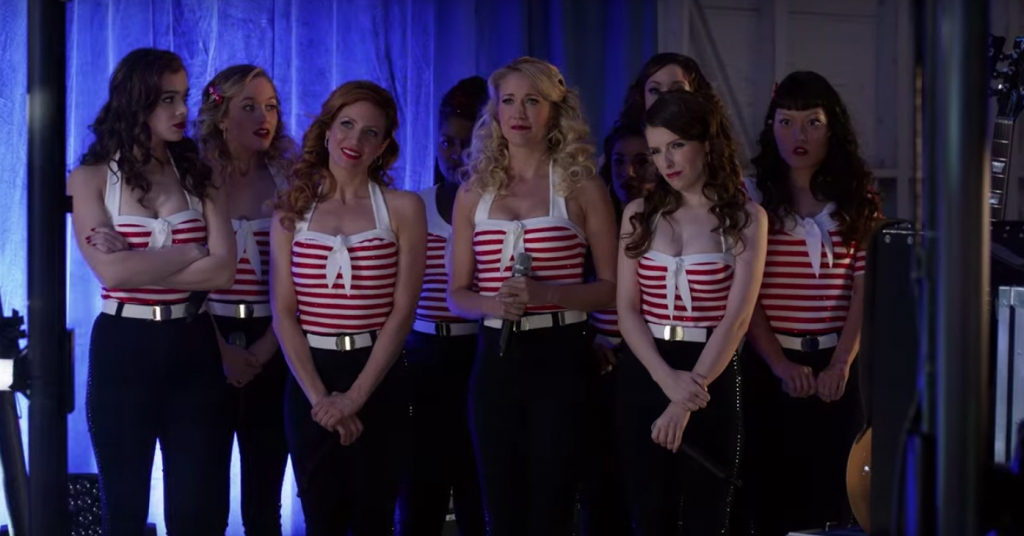 Listen up, pitches, this movie is the perfect swan song to this series, so get yourself to a theater ASAP and prepare to fall in love all over again with the ladies of Pitch Perfect. The third and final installment of the Pitch Perfect series can be viewed as a stand-alone, but honestly, you’re depriving yourself of the musical and comedic joy that are the first two films if you don’t watch the first two in advance. If you’ve been living under a rock for the last seven or so years, do yourself a favor and have a marathon, or you know, turn on TBS on any given weekend, and watch the first two. In my opinion this one is better than the second installment, so if you found yourself kind of disappointed last go around, this one puts you back on track.

The Barden Bellas are back for one more round. This time, they come together from their post college lives that are anything but aca-awesome and find themselves wanting to return to the familiar. Aubrey (Anna Camp) suggests they get a spot on her Dad’s USO Tour hosted by DJ Khaled (go with it, people). The only thing missing is a competition and our favorite commentators, John and Gail (John Michael Higgins and Elizabeth Banks). Have no fear, John and Gail come along for the ride to make a documentary of the Bellas and once they arrive the ladies learn that DJ Khaled will be selecting a group to open for him on the final stop of the tour. And. Here. We. Go. 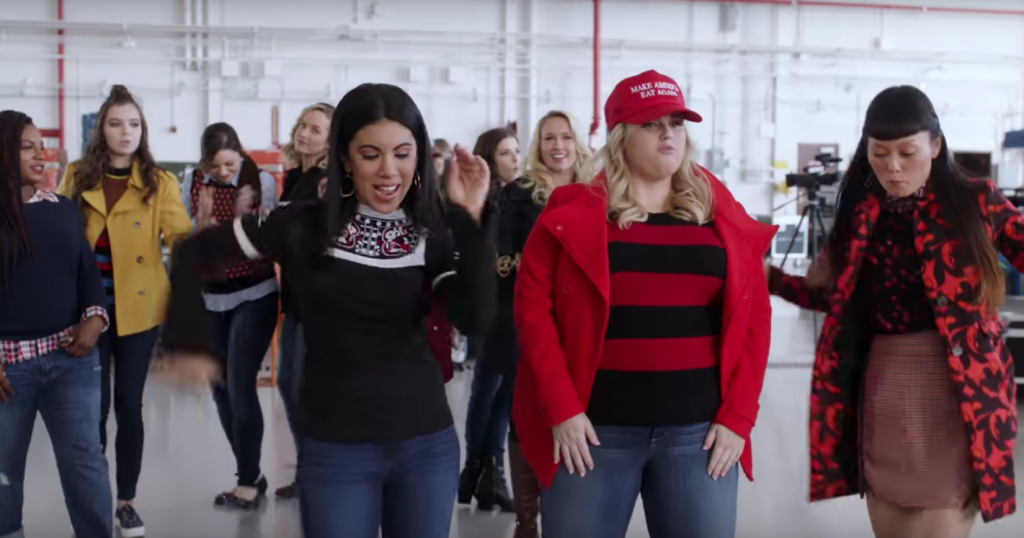 Where’s the drama you say? The other groups have… wait for it… instruments! It’s the first Pitch Perfect where acapella doesn’t reign supreme. The ladies compete with new groups, none of which perform acapella. It’s a nice twist on the films past versions, and in the role of enemy number one is Ruby Rose (Orange is the New Black). The film also focuses less on romance and more on the women’s relationships with one another as a familial unit. There are two women whose story lines focus specifically on their relationships with their fathers. It’s done in a comedic way, especially with John Lithgow playing the role of Fat Amy’s (Rebel Wilson) father. 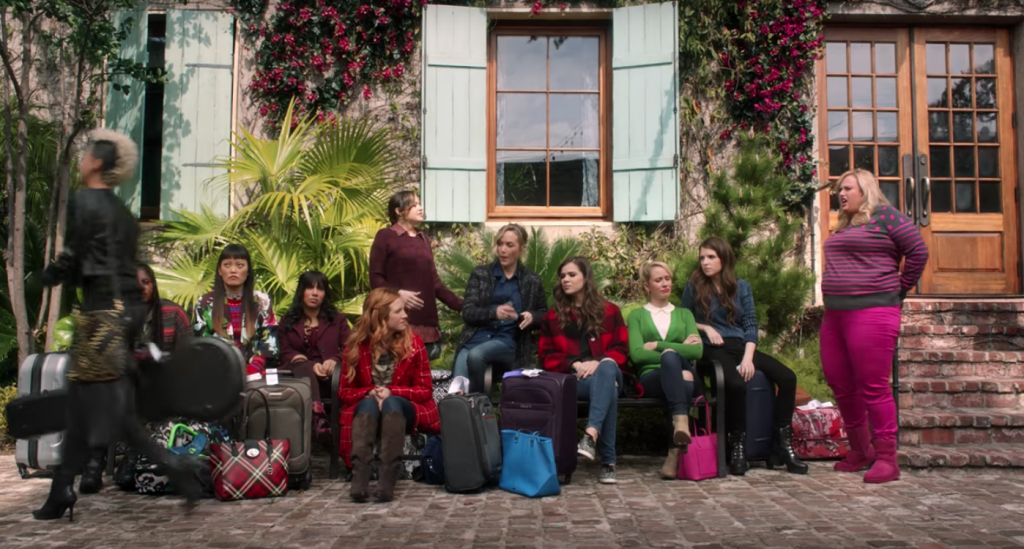 You know there’s going to be singing (it’s delightful), and sass, and the jokes are on point. The men next to me were laughing ladies, take your gents. Anna Kendrick (Beca) and Rebel Wilson are hilarious, and it really feels like they have a friendship that’s developed over the course of the films. The supporting cast ads a lot to the film with their quirky personalities and well timed one-liners. I liked this one better than the second because it was shorter and didn’t seem to drag, and yet I still really enjoyed the songs, the characters and even the corny plot. I missed Benjie and the boys, but I really liked that it ended with the women coming together to realize they could make it on their own.  So get in line, pitches, you don’t want to miss this one.