Nov 23, 2017 movies that we are thankful for, thankful movie list, thanksgiving movies 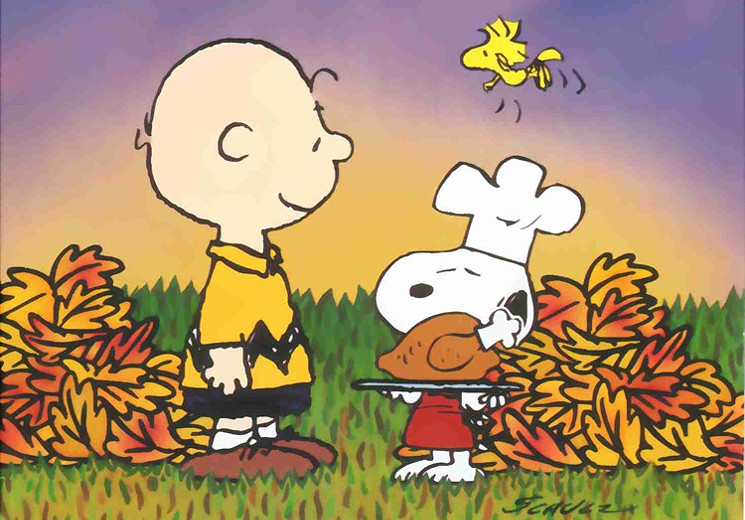 Tis the season to be thankful for many things. Family, friends, food, jobs, and Bruce Campbell. It’s Thanksgiving time and we here at Boomstick Comics just love movies. We love everything about them. Even the bad ones. While you’re eating those delicious bites of Turkey, watching ‘Charlie Brown Thanksgiving‘ or the Dallas Cowboys Game, we want to share with you some movies that we are thankful for. These movies have touched us in some way and have helped shaped our creative lives. Maybe this list will inspire you to make your own list and share it with us. These are the movies we are thankful for and dearly love.

– Because it reminds me that if I can’t spot the sucker in my first half hour at the table, then I am the sucker.

– Because it reminds me that women can be crazy AF.

– Because it reminds me that the only true currency in this bankrupt world is what you share with someone else when you’re uncool.

-Rhett charms you with his flirtatious banter, and Scarlett slaps you with her vivacious determination.

-The original master class in the craft of suspense. It teases you with tension and attacks only when pivotal.

-An intelligent teen satire that gave a fashionable makeover to Jane Austen’s Emma. It defined a generation and owns the phrase ‘As If!’

The Nightmare Before Christmas (1993)

-Snowballs the stop-motion competition and sucks you into a whimsical world. Tim Burton’s last stroke of wicked genius.

-A self-aware slasher spoof that still effectively slices up the gore but dices the rules. Has one of the most creative kills of all time (that garage scene!)

–Keeps your heart racing with Ryan Gosling as a silent Evil Knievel. Every frame is a work of art.

-A well-choreographed story of unrelenting character even under the most dire of circumstances. The explosive performances of Louise Fletcher & Jack Nicholson are a sight to behold.

–One of the most stylish and creative time travel movies of all time. It’s a delightful joyride.

– It’s a crowning achievement in animation and has such an infectious and brilliant soundtrack. That cliff scene will scar you!

– The epitome of cinematic greatness. Taught me to love the beast and not be afraid to love. When those theater doors open to reveal Kong – takes my breath away.

– I live my life based on this movie. Groovy. Showed the world that an average schmo can save and rule the world. This is what fun filmmaking is all about.

– Let Jesus fuck you scarred me for life and terrified me for years. One of those rare horror movies that truly delivers.

– I didn’t think I could be attached to animated characters like this before, but every time I watch this, the emotions come full force. Doug for president.

– Want to lose yourself in a movie and feel like a kid again? E.T. always brings me back to the ground and reminds me that there is good out there. This is reality, Greg.

– A brilliant film ahead of its time that showcases the beauty and terror of technology, space, and humankind. Daisy.

– One of my favorite Woody Allen films that are mini movies inside one big film. The sheer creativeness and comedy here is outstanding. I only wish I could write this well. Robin Williams blurred out is gold.

– There is nobody funnier than Mel Brooks. His parody of Star Wars and the sci-fi genre was flawless in every way. What’s the matter, Colonel Sanders – chicken?

– It finally gave me something to talk about with my older brother when (with him being 9 years older) we didn’t really have anything else. Also because, it taught me that sometimes the woman is the strong leader, who put her emotions aside, and the man is the emotional one. It helped me to find my bravery.

– I’m thankful for the Iron Giant. This taught me that we do not have to be what we think we were made to be. We can all be Superman.

– I’m not sure anything opened my imagination so much as a child.

– This series taught me to have courage, speak out against injustices, and that it takes a great deal of bravery to stand up to our enemies, but even more to stand up to our friends…. and now it’s teaching those things to my kids. It’s such a gift to share this magic with them.

– For Heath Ledger ruining every future comic movie villain for eternity with his perfect performance.

– For reminding us that George Clooney can turn it on and be the best anytime he wants.

– For being the best movie to watch with my kids.

– For reminding me that $300 million doesn’t get you what it should.

– For proving that Rusell Crowe can still be in a movie worth watching.

– For reminding us that the hype, hope, and anticipation for a new one can be an experience that is sometimes better than the movie itself.

– For being the movie that made me fall in love with films.

– For winning best picture in my heart from 2015-present.

– Because there aren’t many prison movies I can watch countless times, cry through and still be 100% satisfied at the end.

– Because it makes me miss when we could meet our friends and family at the gate of the airport so hard and it also taught me that, NO, I don’t look like Natalie and I can’t pull off bangs.

– Because this was my first VHS that I legit wore out. I took it with me to my grandma’s and sang the songs on repeat. It taught me so many things including: love your dog, you’re never fully dressed without a smile, tomorrow is only a day away, and Carol Burnett is a queen.

– The above 5 are a Group: Because growing up on Campbell road there was a video store called Cox video. They had a deal that was 5 videos, for 5 days, for $5 (no new releases, duh). My brother and I would spend an inordinate amount of time looking and then select these same 5 again and again. Classic Cox.

– Because this piece of trash is a joy to watch if only for Bette Midler, realizing every year that Binx is the guy from NCIS and pointing out all the flaws of the movie.

– Because Patrick Swayze in tight pants even as a young girl is magical. Also, the moment you realize Penny had an abortion and she wasn’t just ill is life changing. Now it makes sense why Jerry Orbach was so concerned.

– If a girl can’t sell her soul to the devil for love and have sea creatures for best friends, I don’t want to live this life. And never underestimate the power of body language.

– Because this was the first movie I kissed a boy in at a theater, only to be pulled into the bathroom after by a mother who saw and scolded for being “loose.” It was all downhill from there, as was the sequel.

– Because it was an all female comedy cast and it killed.

– Because it makes the law look fun and Pesci and Tomei are perfection. Are we to believe that boiling water soaks into a grit faster in your kitchen than on any place on the face of the earth?

– Because after seeing this I became obsessed with burglars and how I would outsmart them. I still have plans. Come at me, Bro.

– Because I thought this movie was the most hilarious thing on earth and to this day use, “Samonsite, I was way off,” as if everyone is familiar with it.

– Teaching me and the world “Deep in the Heart of Texas.”

– For reasons that need no explanation.

– For making me believe that dreams can come true.

– For making an unnecessary dirty joke in the title AND reminding me that, hey, at least I’m not Chris O’Donnell.

– It’s the first movie I ever related to and actually made me realize films not only entrain, but can really move you.

– Ed Norton is amazing and that ending!

–  It taught me if one person is stalling to commit, then he or she may not be right for you. With the right person it will be easy and natural.

– Reminds me to be chill, even when life is hitting you with a paddle.

– Because you can be quiet and still be cool AF.

– The first strong female action lead that I can remember.  Weaver blew my mind.  The score was thrilling and worked so well with the narrative.

– One of my favorite Bollywood films.  Intriguing story, solid acting performances, and fun songs to sing along with.

– One of my go to feel good films.  Parker and Hunt are an early ride or die team.  Vibrant, campy good time.

– Rich in color and ways to kick major butt.  Go Ziyi Zhang!  You are amazing.  The cinematography was jaw dropping.

–  Peter Jackson ignited my sense of wonder again.  This film series is wonderfully shot and supported by premium music and stellar acting performances.

– My favorite story of the Bible beautifully and masterfully represented.  Best Goss film.  The set design and special effects were gorgeous.

– Insight into a fraction of the cost that was paid for everyone on the face of the Earth.  Whether you thought it was good or bad, it was IMPACTFUL.

– Iconic film of life and sisterhood.  Astounding cast whom everyone can relate to on an intimate level.