There are a ton of drug trafficking shows and movies out there in the cinema universe, that sometimes it can be difficult to tall one from the other. ‘Narcos‘ stands on its own though, with very realistic details brought to life and keen sense to intimate stories that are put on screen. The performances are all award-worthy in this very violent tv show that allows you to sympathize and connect to both sides of this drug war. It’s something that not all creative shows can do well, but ‘Narcos‘ succeeds on all levels.

‘Season Two‘ takes place right after season one as Murphy and Pena are trying to corner Pablo Escobar (Wagner Moura). Meanwhile, Escobar is still making a ton of money in his drug trade and staying clear of the authorities. This doesn’t last long at all though. On top of this, there are other cartels out for Escobar’s business and territory. Now, the CIA is involved, which causes Escobar to take extra precautions. Soon though, someone informs on Escobar and gets a ton of his associates arrested. He retaliates by killing a number of police officers.

This is the beginning of the end for Escobar as now the entire police force and other foreign intelligence agencies are after him. There is nobody he can trust. Family members bite the big one as other friends turn to enemies here. How each episode utilizes its twists, turns, and betrayals are fantastic. The violence amps up this season until its ultimate conclusion, which we all know how Escobar ends up so early in his life.

But it’s here is where the show will truly begin anew with something original and take it where we haven’t been before. Wagner Moura was born to play Escobar as he emulates every characteristic that Escobar had and let’s us in his mind in a Tony Soprano like way, where we sympathize with him, even though he is not a good person. ‘Narcos Season 2‘ is a must-see! 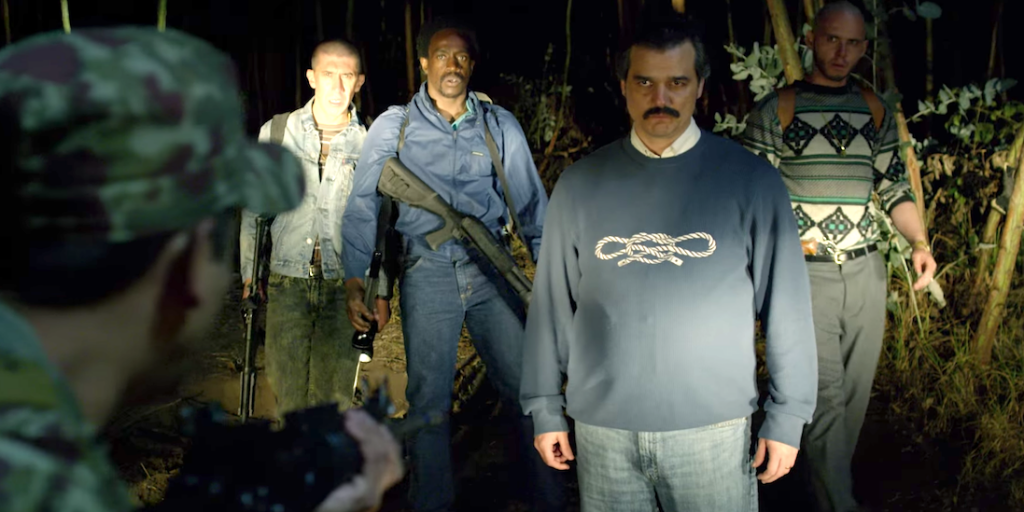 The Video: ‘Narcos’ Season Two comes with an excellent 1080p HD transfer and is presented in 1.78:1 aspect ratio. The colors are bright, bold, and just pop off screen. There are some instances of vintage footage, which are not the crystal clear or colorful footage from the rest of the TV show, but it looks good. The delicious greens of the grass and trees and the anemic blue sky look incredible here.

Other retro colors in costumes of browns, oranges, and yellows are bold and striking as well. The red blood literally pops out on screen that might make you squirm. It looks so good. Detail is sharp and vivid throughout, revealing some gory wounds, facial pores, individual hairs, and great sets in the background. Wider shots never go soft either. Black levels are deep and inky and the skin tones are always natural here. This is one wonderful video presentation without any banding or video noise.

The Audio: This release comes with an amazing lossless DTS-HD MA 5.1 mix that is very intense. Sound effects are loud and robust at all times and with great directionality. The millions of gunshots pack a punch with a very good low end and almost has a height element to it. It’s that good. Other sound effects of take downs, punches, and kicks are powerful.

Ambient noises of city and nature sounds are full and pour from the rear speakers, providing a very immersive experience. The score of the show always adds to the suspense without drowning out any sound aspect. The bass kicks into high gear in the heavier action scenes too. Dialogue is cleanly presented and easy to follow along with the subtitles. Lastly, the track is free of pops, cracks, hiss, and shrills.

Audio Commentary – One commentary track on one episode with the director, producer and Moura as they discuss making the episode in detail.

Unredacted: Declassifying Narcos Season 2 (HD, 20 Mins.) – The overall story arc of season two is discussed by Wagner Moura and the crew about how the real-life events that inspired the series.

Deleted Scenes (HD, 9 Mins.) – A collection of scenes that were left on the cutting room floor, but are all worth watching. 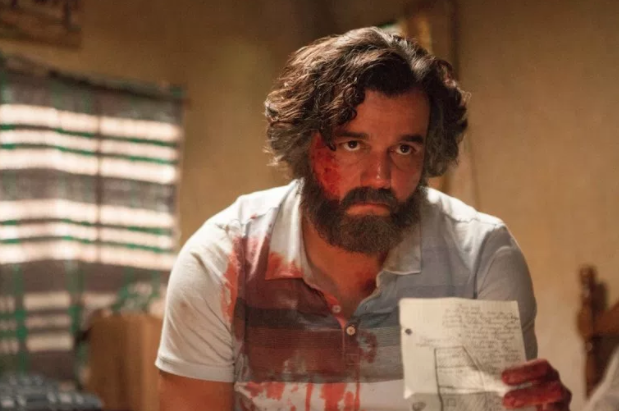 ‘Narcos Season 2‘ is a fantastic season that ups the ante on story telling, violence, and characters. Everything is thoroughly thought out and executed (for lack of a better term) very well here. I just love this show. The video and audio presentations are both top notch and the extras are worth looking at, even if they are sparse. HIGHLY RECOMMENDED!