The Devil’s Candy Available In September from Scream Factory!!! 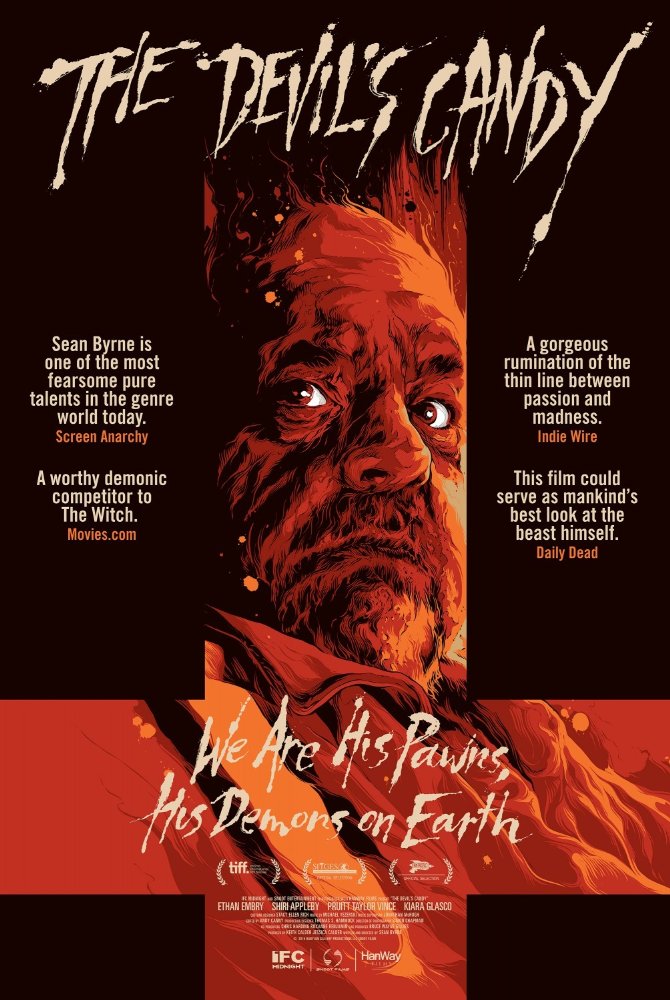 ‘The Devil’s Candy‘ available September 26th, 2017 from Scream Factory and IFC. Metal rules…but Hell is eternal. A family faces off with evil itself in a house from hell in this hard-rocking shocker from Sean Byrne, the director of ‘The Loved Ones‘. Filled with punishing violence, ‘The Devil’s Candy‘ makes its Blu-ray debut on September 26th, 2017 from Scream Factory, in conjunction with IFC Midnight. Featuring the music of Metallica, Slayer, Pantera, and Sunn O, this thriller also contains a number of bonus features, including commentary with director Sean Byrne, behind-the-scenes visual effects, the ‘Advantage Satan‘ short film, a music video, an art gallery, and a theatrical trailer. Fans can pre-order their copies now by visiting ShoutFactory.com

Diehard metal-head and struggling artist Jesse (Ethan Embry, ‘Cheap Thrills‘, ‘Can’t Hardly Wait‘) moves with his wife (Shiri Appleby, ‘UnReal‘) and daughter (Kiara Glasco, ‘Maps to the Stars‘) to a rural Texas town, unaware that the house they got for an unbelievable deal comes with a grisly history. Their dream home turns into a nightmare as disturbing demonic occurrences culminate with the appearance of Ray (Pruitt Taylor Vince, ‘Identity‘), the home’s former resident – who’s destined to do the devil’s bidding.