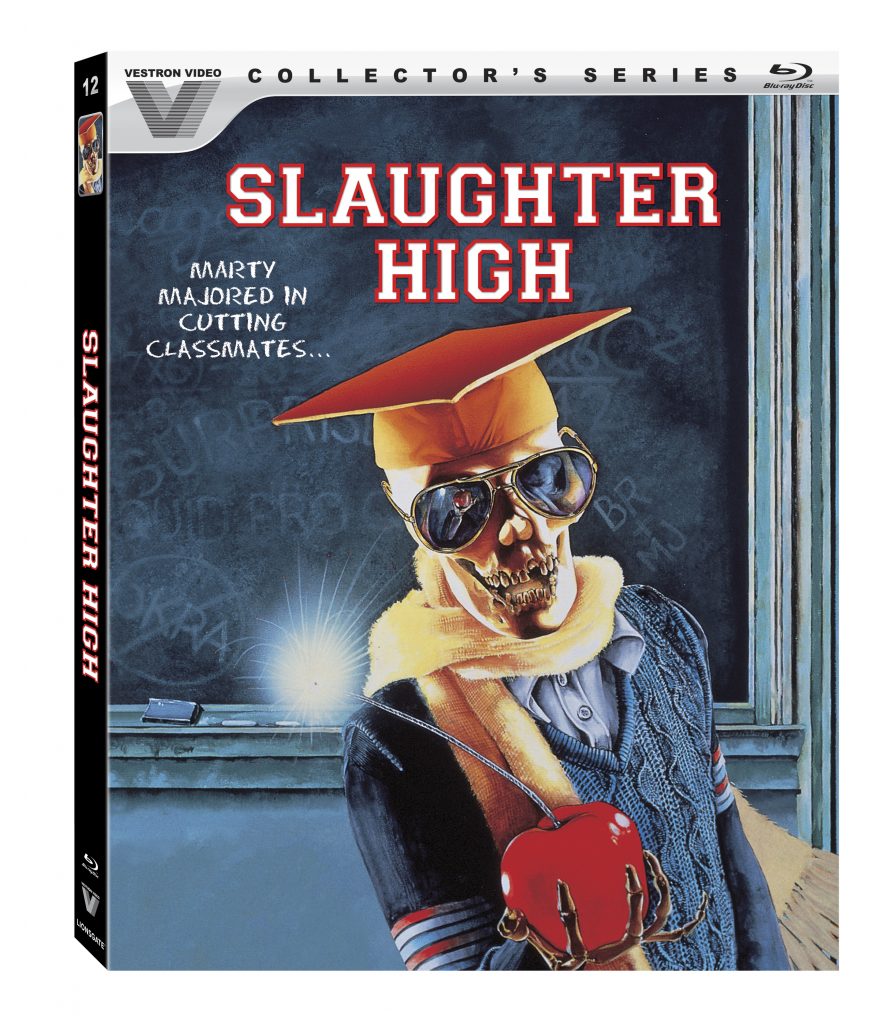 Surviving high school is murder with the Vestron Video Collector’s Series’ upcoming release of ‘Slaughter High‘, arriving for the first time on limited-edition Blu-ray uncut on October 31 from Lionsgate. A high school prank gone wrong comes back to haunt the offenders during their five-year high school reunion.

From the makers of ‘Friday the 13th‘, ‘Slaughter High‘ includes all-new special features, including the “Going to Pieces” and “My Days at Doddsville” featurettes, an audio commentary with co-writers/directors George Dugdale and Peter Litten, and more! Restored and remastered, the limited-edition Vestron Video Collector’s Series ‘Slaughter High’ Blu-ray will be available October 31, 2017. 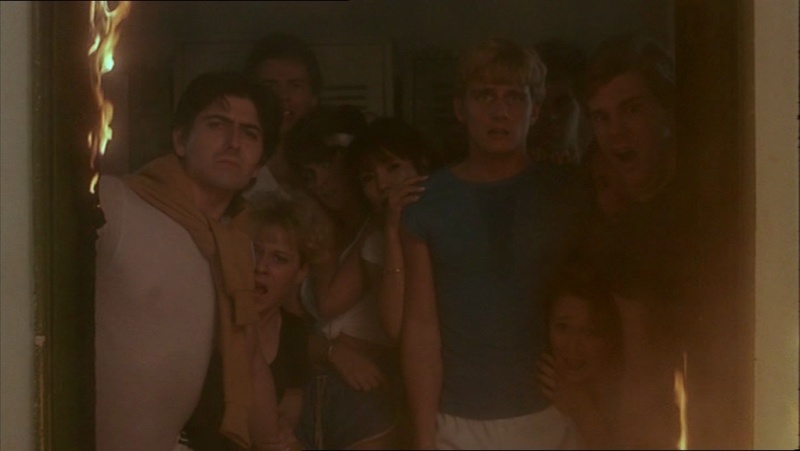 There’s horror in the halls . . . lynching in the lunchroom . . . murder in the metal shop. Welcome to Slaughter High — where the students are dying to get out! In high school, Marty was the kid all the students teased, taunted, and tortured mercilessly. One day, things went too far — one of their jokes backfired, disfiguring Marty for life. Now, five years later, Marty has arranged a special reunion for all his high school “friends.” The prom queen, the jock, the class clown, the rebel, and a few select others have been invited . . . and it’s going to be a gala of gore! The cast features Caroline Munro (‘The Spy Who Loved Me‘), Simon Scuddamore, Carmine Iannaccone (‘Maid to Order‘), Donna Yeager (‘Strong Medicine‘), and Gary Martin (‘Minions‘).