Buffy and Firefly are getting Anniversary Box Set Releases!

Good news and bad news, folks. The good news is that Fox is releasing two amazing TV Shows for their Anniversary  on September 19th, being Buffy the Vampire Slayer and Firefly from Joss Whedon. There will be new packaging and collectibles with each set. The bad news is that there still isn’t and won’t be a Blu-ray or high definition version of Buffy, which just sucks and drives a stake right through my heart. This show looks terrible and is in badly need of an HD upgrade.

For this big anniversary release, why not finally release this on Blu-ray or better yet, 4K. Ugh. I’m tired of watching my DVD quality copies already. And, why can’t this be converted to Widescreen? They are still in Full Frame. Let’s roll with the times here. What I’m trying to say is that this new Buffy box set will only be on DVD, while Firefly will be on Blu-ray. Still, there is reason to celebrate. See the info below.

“Buffy the Vampire Slayer”: The Complete Series 20th Anniversary Edition DVD Boxed Set
The teen years can be brutal. Especially when you’re Buffy Summers (Sarah Michelle Gellar) — a Sunnydale High School student destined to slay supernatural, blood-sucking baddies instead of hanging out at the mall. Over the seven seasons of this thrilling, witty show, Buffy struggles to maintain allies in the fight against evil, while also engaging in on-off romances with a moody vampire (David Boreanaz) or two (James Marsters). Now you can own this 39-disc set containing all 144 episodes of one of the smartest, funniest, most action-packed series ever to slay on the small screen — also starring Alyson Hannigan, Anthony Head and Nicholas Brendon. 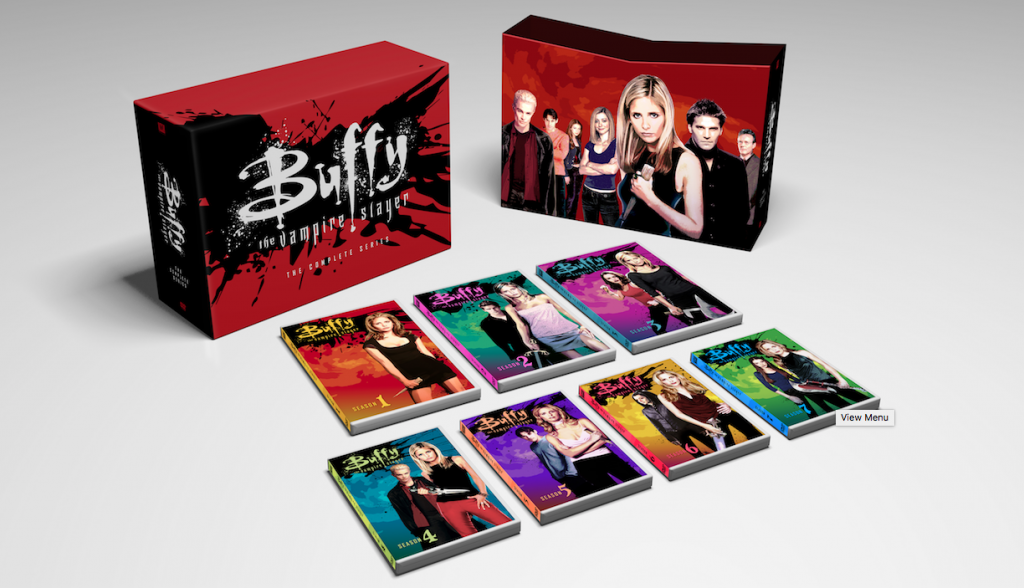 “Firefly” 15th Anniversary Collector’s Edition Blu-ray Boxed Set
Hang on for the ride of your life as you launch your imagination into a spectacular world of sci-fi action and rugged adventure from the genius mind of creator Joss Whedon! Set 500 years in the future in the aftermath of a universal civil war, Firefly follows Captain Malcolm Reynolds and his renegade crew of the transport ship Serenity – a fiercely loyal team ready to tackle any job, legal or not. But when they unwittingly take on a mysterious pair of travelers, they find themselves constantly on the run, desperate to evade Alliance authorities, flesh-eating Reavers and other hostile dangers in the darkest corners of space.

One thought on “Buffy and Firefly are getting Anniversary Box Set Releases!”