The Civil War is rooted deep in the fibers of U.S. history, and there’s an evident fascination in both literature and film with the American lifestyle now gone with the wind. Retellings of war classics never seem to go out of style, so it’s no surprise that over forty years after the release of its 1971 predecessor starring Clint Eastwood, ‘The Beguiled’ is being reintroduced to a new generation. Comparisons to the original inevitably lingered over her shoulder, but Director Sofia Coppola (The Virgin Suicides, Lost in Translation) gives the film a fresh, female perspective and garnishes it with her excellent use of lighting, smart casting and artistic framing.

The haunting atmosphere immediately pulls you in as the camera pans to the youngest from the girls’ boarding school, Amy (Oona Laurence), walking along a deserted road. Remaining disturbingly calm as cannons echo and smoke drifts around her, she hums to herself while collecting mushrooms for supper. Venturing deeper into the unexplored woods, Amy is finally startled when she comes across a wounded Yankee soldier perched under a tree, Corporal John McBurney (Colin Farrell). Despite her initial instincts to leave him there, Amy offers him assistance and recovery at her nearby residence. 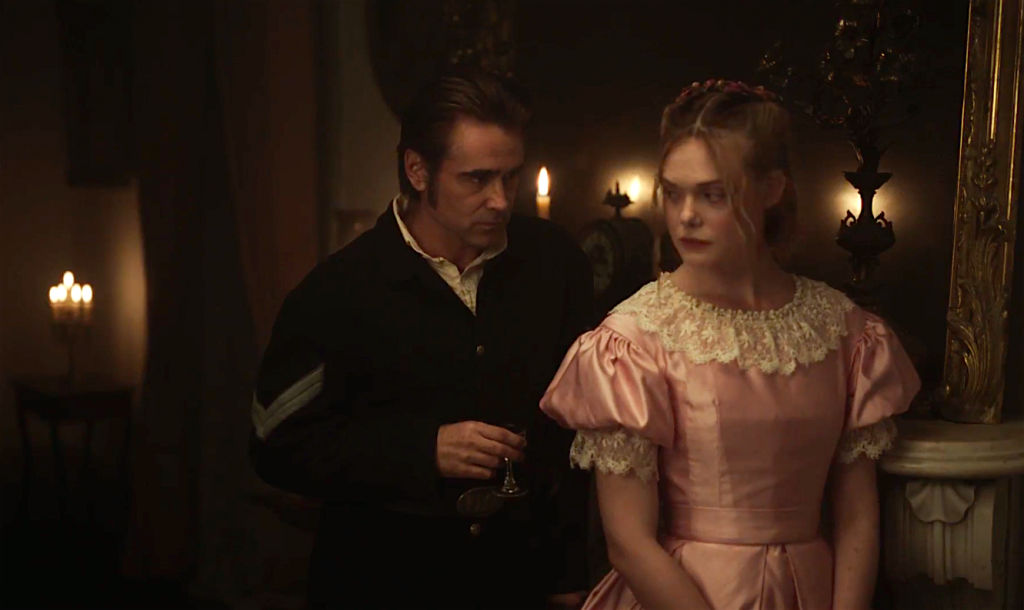 Corporal McBurney gladly accepts her invitation as she helps him walk back to the grounds of her sheltered community.

Bored with the mundane lessons and isolating circumstances, the pupils and Miss Martha (Nicole Kidman) decide to let the Yank stay, agreeing it’s their Christian duty. But as the days pass by and the desires rise, the girls start to compete for the affection and attention of their sworn enemy. Rivalries blister and jealousy consumes, until a turn of events make the girls realize that the soldier they’ve invited into their school may not be the charming suitor he led them to believe. 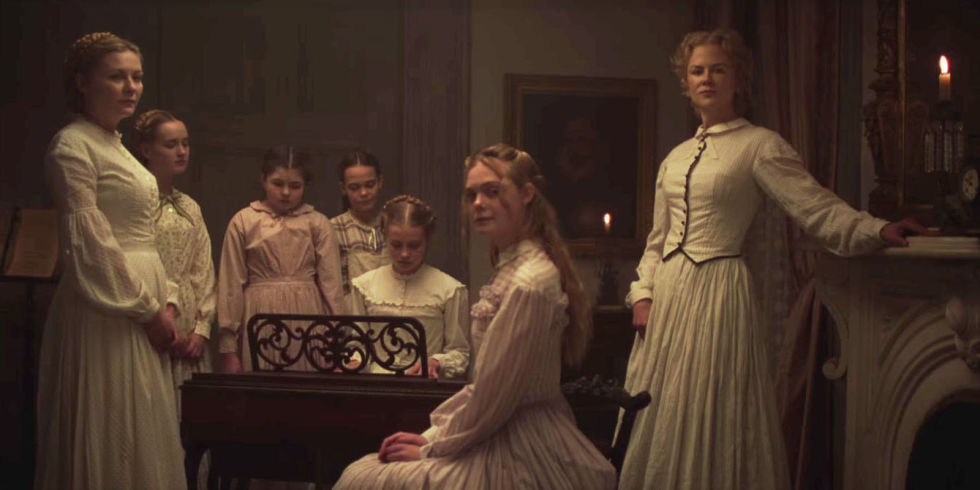 The clever use of fog throughout the film complements the sexual tension and lust felt by the women. There’s a strategic effort to use nothing but candles and natural sunlight to aid in the old-fashioned essence and simplicity of the time period. Not since Stanley Kubrick’s Barry Lyndon has anything seemed so carefully crafted; it’s an absolute pageantry of picturesque visuals.

‘The Beguiled‘ is a sophisticated lesson on the dangers of flirtation, and it reminds us that one must always proceed with caution when inviting strangers into a place of sanctuary. Polish off your pistols, ladies and gents, this is a delicious western you won’t soon forget!