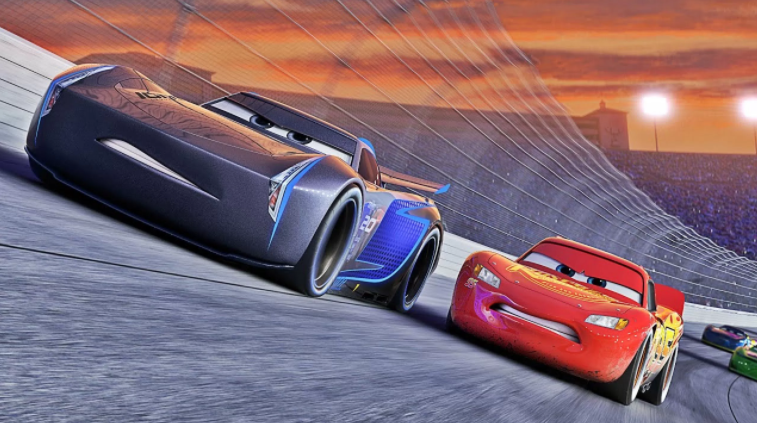 I wasn’t sure how well a midlife crisis plot line was going to play with my 10 & 12 year old viewing companions, but they both gave Cars 3 the thumbs up!  Surprisingly, Harrison said that he really enjoyed that this was a ‘comeback story.’

There were a number of new characters introduced in this film.  Jaquelin, who has a need for speed, said she liked the way the new, high tech racers looked; but what we all relished the most was the scenes with the ‘old timer’ racing cars, which Lightning McQueen sought out to try and get his racing mojo back after a big crash.  There were numerous flashbacks with Doc Hudson (McQueen’s late mentor), and this was a big hit with us.  We all appreciated McQueen’s journey into Doc’s past, reviewing Doc’s career; meeting and training with his mentor, Smokey; and learning that Doc’s greatest pride & joy came not from racing himself, but from training McQueen.

In what Jaquelin referred to as a good plot twist, McQueen ends up taking on the mantle of mentor himself, with another new character named Cruz Ramirez.  But, unlike Doc, McQueen intends to carry on racing as well, and wins the right to quit when he decides its time, not when his sponsor gives up on him (cue the morals of the story). 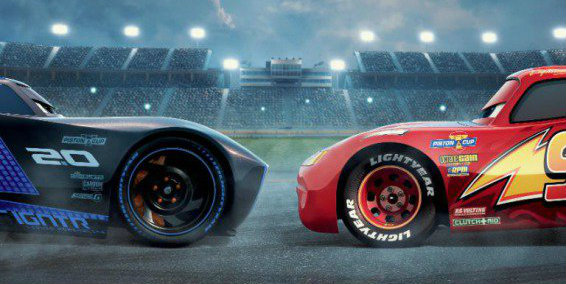 We viewed the film in 3D, which has certainly come a long way; the landscape vistas were really quite impressive, as Lightning McQueen’s crew traveled across America to his new training facility.  I personally became bored as the extensive racing scenes dragged on (no pun intended), and the kids agreed that the film could have been shortened a bit.  Of course, we were all amused once again by Tow Mater, who we thought was the funniest and most lovable character.  As Jaquelin said, “Tow Mater always makes you cheer up.”

The consensus was that this film was much better than Cars 2, and almost as good as Cars 1.  The kids recommend this movie for anyone between the ages of 5 and 14, and I agree.  Overall, I feel this is a cute movie to enjoy with younger family members, even if it is rather forgettable.  However, if you didn’t grow up with the franchise, and racing isn’t your sport, this movie might not be in your wheelhouse.