Love is eternal. But what happens when love grows dim? Michael (Tracy Letts) and Mary (Debra Winger) have been married for several years. They share a home, a bed, etc., but they barely speak and refuse to look at each other. In fact, they each are having affairs. Can love be restored? The Lovers gets real interesting when Michael and Mary ignite a spark between them.

The acting performances were poor. I love Winger, but this was uncharacteristic of her previous works. She was amazing in Urban Cowboy, An Officer and a Gentleman, Terms of Endearment, and my personal favorite, Black Widow. Both she and Letts expected too much comprehension out of their non-verbal facial expressions. Letts was in The Big Short, but I do not really recall his performance. 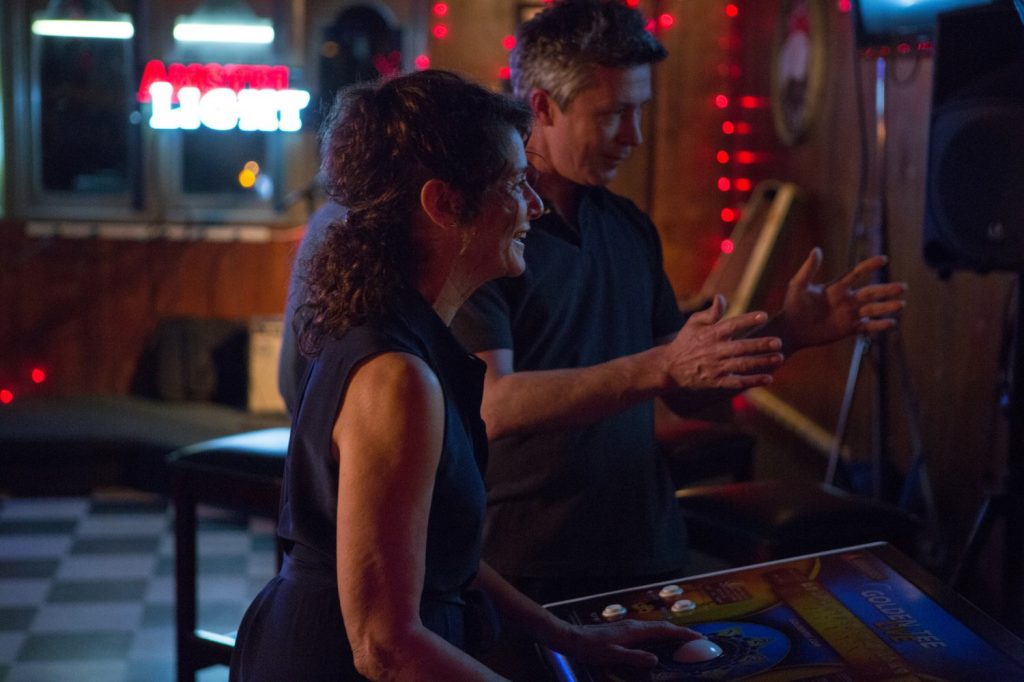 He didn’t play well as the romantic lead. I really like Aidan Gillen, Robert, Winger’s boyfriend. In Circle of Friends, I thought he was attractive and shy, but he broke into a wily master manipulator in Game of Thrones. Gillen is such a stinker as Petyr ‘Littlefinger’ Baelish. Recently, he was again a smart mouthed archery expert in King Arthur: Legend of the Sword. I hope to see more from him. I do not know Melora Walters, Lucy, Michael’s girlfriend. I wasn’t impressed though.

Overall, I was disappointed in The Lovers. This glorification of adultery was unsettling, and the pace dragged which made it worse. The acting was mediocre and there was nothing special about the cinematography. Unfortunately, there just wasn’t much else.