I’m back kids, and I’ve got the latest list of titles the esteemed Criterion Collection will add to it’s ranks in August of this year. It’s always an excellent list of movies any collector should be proud to add to their collections, and August’s list is no exception. Without further ado, on to the movies!!! 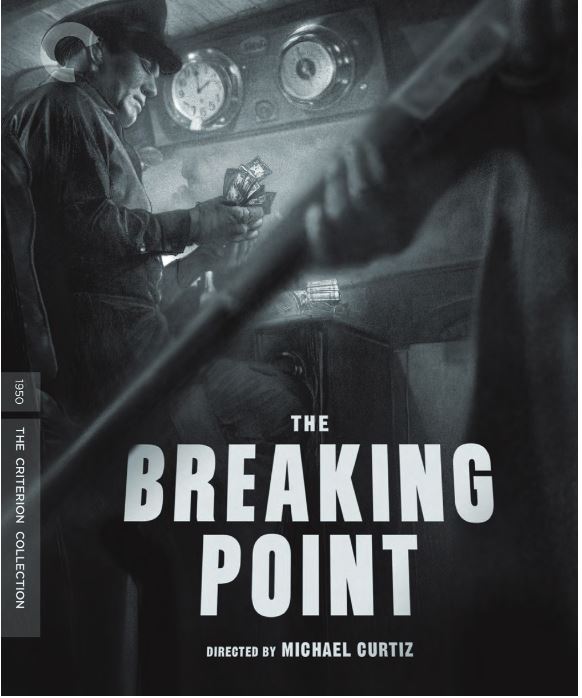 ‘The Breaking Point‘ 8/8/17
Michael Curtiz brings a master skipper’s hand to the helm of this thriller, Hollywood’s second crack at Ernest Hemingway’s ‘To Have and Have Not‘. John Garfield stars as Harry Morgan, an honest charter-boat captain who, facing hard times, takes on dangerous cargo to save his boat, support his family, and preserve his dignity. Left in the lurch by a freeloading passenger, Harry starts to entertain the criminal propositions of a sleazy lawyer (Wallace Ford), as well as the playful come-ons of a cheeky blonde (Patricia Neal), making a series of compromises that stretch his morality-and his marriage-farther than he’ll admit. Hewing closer to Hemingway’s novel than Howard Hawks’s Bogart-Bacall vehicle, The Breaking Point charts a course through daylight noir and working-class tragedy, guided by Curtiz’s effortless visual fluency and a stoic, career-capping performance from Garfield.
1950 * 97 minutes * Black & white * Monaural * 1.37:1 aspect ratio

SPECIAL EDITION FEATURES
* New 2K digital restoration, with uncompressed monaural soundtrack on the Blu-ray
* New interview with biographer and film historian Alan K. Rode (Michael Curtiz: A Life in Film)
* New piece featuring actor and acting instructor Julie Garfield speaking about her father, actor John Garfield
* New video essay by filmmakers Tony Zhou and Taylor Ramos, analyzing Curtiz’s directorial techniques
* Excerpts from a 1962 episode of the Today show showing contents of the Ernest Hemingway House in Key West, Florida, including items related to To Have and Have Not, the novel on which The Breaking Point is based
* Trailer
* PLUS: An essay by critic Stephanie Zacharek 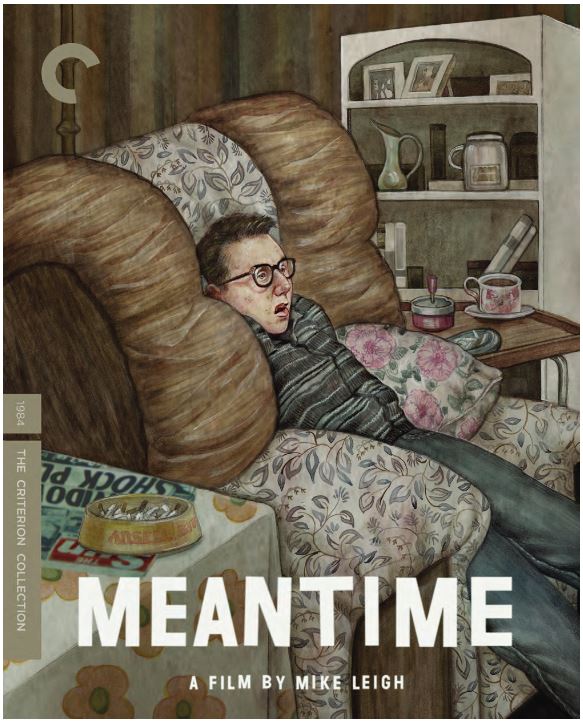 ‘Meantime‘ 8/15/17
A slow-burning depiction of economic degradation in Thatcher’s England, Mike Leigh’s Meantime was the culmination of the writer-director’s pioneering work in television and became his breakthrough theatrical release. Unemployment is rampant in London’s working-class East End, where a middle-aged couple and their two sons languish in a claustrophobic public housing flat. As the brothers (Phil Daniels and Tim Roth) grow increasingly disaffected, Leigh punctuates the grinding boredom of their daily existence with tense encounters, including with a priggish aunt (Marion Bailey) who has managed to become middle-class and a blithering skinhead on the verge of psychosis (a scene-stealing Gary Oldman, in his first major role). Informed by Leigh’s now trademark improvisational process and propelled by the lurching rhythms of its Beckett-like dialogue, Meantime is an unrelenting, often blisteringly funny look at life on the dole.
1984 * 107 minutes * Color * Monaural * 1.66:1 aspect ratio 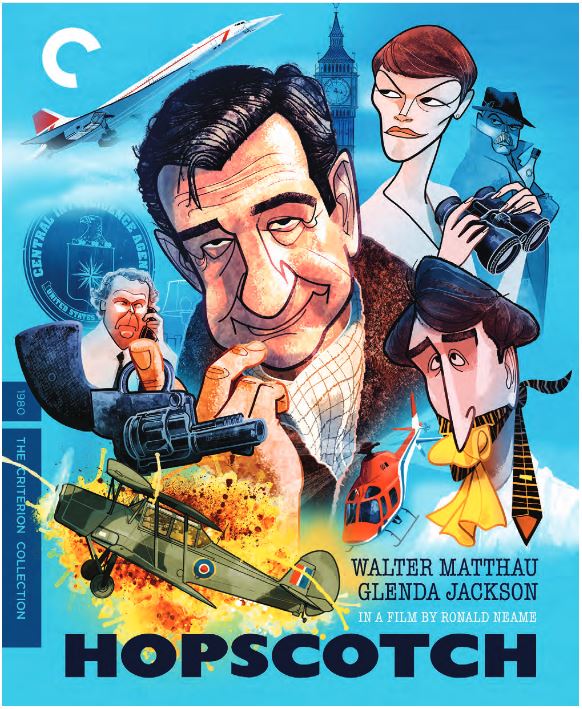 ‘Hopscotch‘ 8/15/17
The inimitable comic team of Walter Matthau and Glenda Jackson star in this nimble tale of international intrigue from master British filmmaker Ronald Neame. Based on Brian Garfield’s best-selling novel, the blithe thriller centers on Miles Kendig (Matthau), a disillusioned retired CIA agent who, with the help of a chic and savvy Viennese widow (Jackson), threatens to publish his memoirs and expose the innermost secrets of every major intelligence agency in the world. Despite being in major hot water with his former colleagues, Kendig refuses to get in line-he’s having too much fun. Set to the sounds of Mozart, this lighthearted sendup of the paranoid dramas of its era is an expertly crafted, singular take on the spy movie.
1980 * 105 minutes * Color * Monaural * 2.35:1 aspect ratio 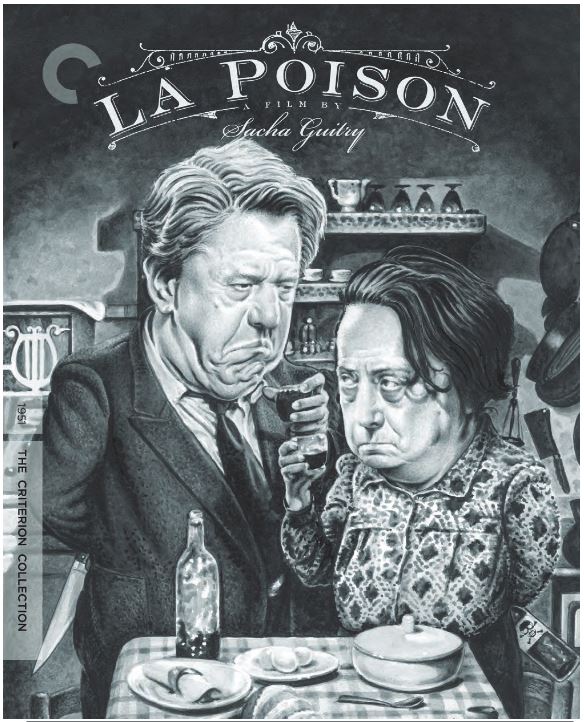 ‘La Poison‘ 8/22/17
The writer, actor, and director Sacha Guitry emerged from the theater to become one of France’s best-known and most inventive filmmakers, and La poison marked his first collaboration with another titan of the screen, the incomparably expressive Michel Simon. With Guitry’s witty dialogue and fleet pacing, the black comedy is the quintessential depiction of a marriage gone sour: after thirty years together, a village gardener (Simon) and his wife (Germaine Reuver) find themselves contemplating how to do away with each other, with the former even planning how he’ll negotiate his eventual criminal trial. Inspired by Guitry’s own post-World War II tangle with the law – a wrongful charge of collaborationism – La poison is a blithely caustic broadside against the French legal system and a society all too eager to capitalize on others’ misfortunes.
1951 * 87 minutes * Black & white * Monaural * In French with English subtitles * 1.37:1 aspect ratio

SPECIAL EDITION FEATURES
* New high-definition digital restoration, with uncompressed monaural soundtrack on the Blu-ray
* New interview with filmmaker Olivier Assayas on director Sacha Guitry’s influence on French cinema
* On Life On-screen: Miseries and Splendour of a Monarch, a 60-minute documentary from 2010 on the collaboration of Guitry and Michel Simon
* New English subtitle translation
* More!
* PLUS: An essay by film scholar Ginette Vincendeau and a 1957 obituary for Guitry by François Truffaut 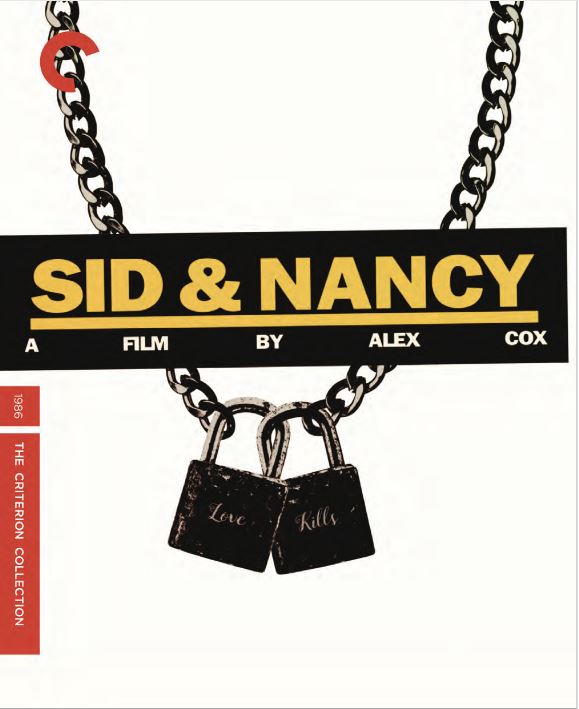 ‘Sid & Nancy‘ 8/22/17
With the lacerating love story Sid & Nancy, Alex Cox reimagines the crash-and-burn affair between punk’s most notorious self-destructive poster children: Sex Pistols bassist Sid Vicious and his girlfriend, Nancy Spungen – brought to visceral life by brilliant performances from Gary Oldman and Chloe Webb. Cox turns his anarchic filmmaking style on the explosive energy of the London punk scene and the degenerate streets of seventies New York, making for an eviscerating depiction of excess and addiction. Through the lens of cinematographer Roger Deakins, the imagery goes from swooning to grimy, and the film’s bleakness is balanced with surreal humor and genuine tenderness, making for an affecting, music-fueled vision of doomed love.
1986 * 111 minutes * Color * Stereo * 1.85:1 aspect ratio

DIRECTOR-APPROVED SPECIAL EDITION FEATURES
* New 4K digital restoration, approved by director of photography Roger Deakins, with uncompressed stereo soundtrack on the Blu-ray
* Alternate 5.1 surround soundtrack, presented in DTS-HD Master Audio on the Blu-ray
* Two audio commentaries: one from 1994 featuring cowriter Abbe Wool, actors Gary Oldman and Chloe Webb, cultural historian Greil Marcus, filmmakers Julien Temple and Lech Kowalski, and musician Eliot Kidd; the other from 2001 featuring cowriter-director Alex Cox and actor Andrew Schofield
* England’s Glory, a 1987 documentary on the making of Sid & Nancy
* Infamous 1976 Bill Grundy interview with the Sex Pistols on British television
* Rare telephone interview from 1978 with Sid Vicious
* Interviews with Vicious and Nancy Spungen from the 1980 documentary D.O.A.: A Right of Passage
* Archival interviews and footage
* More!
* PLUS: An essay by author Jon Savage and a 1986 piece compiled by Cox about Vicious, Spungen, and the making of the film