‘Resident Evil: The Final Chapter’ Gets Release In May!!! 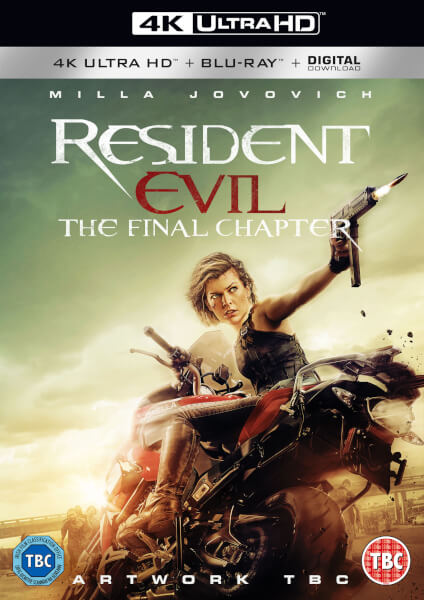 Sony Pictures announces their planned release of ‘Resident Evil: The Final Chapter‘. The film will be available on 4K Ultra HD/Blu-ray Combo Pack, Blu-ray and DVD on May 16, 2017.If you just can’t wait though, you can view the pic on digital two weeks early on May 2.

Picking up after ‘Resident Evil: Retribution‘, Alice (Milla Jovovich) is the only survivor of what was meant to be humanity’s final stand against the undead. Now, she must return to where the nightmare began – The Hive in Raccoon City, where the Umbrella Corporation is gathering its forces for a final strike against the only remaining survivors of the apocalypse.