Just What is ‘Extortion’? 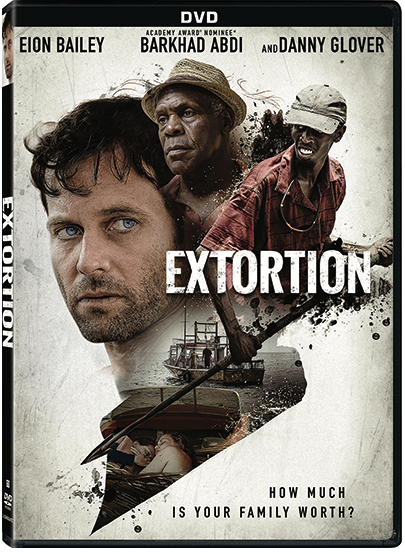 How much would you pay someone that has kidnapped your family and threatening to kill them if you don’t pay them millions of dollars? If money wasn’t in the cars, what would you do in that particular situation? That’s the question that is asked in a new film called ‘Extortion’, which stars Danny Glover, Eion Bailey (Once Upon a Time), and Oscar nominated actor Barkhad Abdi (Captain Phillips). If I was in this situation, I feel I would have two options. One, cut my losses and start over with beautiful wife (or wives) with big breasts with all the cocaine and Dr. Pepper we can handle, OR I would hire John Wick to take care of things. Since the latter option is movie magic, I’m going with option one. It’s what God would have wanted anyway.

A family vacation turns into a race for survival when Extortion arrives on DVD, Digital HD and On Demand on May 16 ,2017 from Lionsgate. This action-thriller stars Eion Bailey (TV’s “Ray Donovan,” “Once Upon a Time,” and “Band of Brothers”), Academy Award® nominee Barkhad Abdi (Captain Phillips, Eye in the Sky, The Brothers Grimsby), Bethany Joy Lenz (TV’s “Dexter” and “American Gothic”), and Danny Glover (Lethal Weapon franchise, Shooter, The Color Purple). 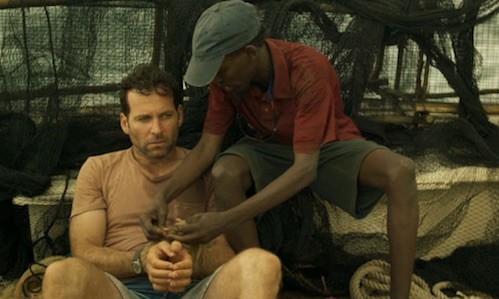 At a Caribbean resort, Riley (Eion Bailey) and his family take a carefree boat ride that turns tragic when they’re stranded on an island. Near death, they’re rescued by a local fisherman (Barkhad Abdi) who demands a million dollars, then vanishes. Riley must race to find his dying wife (Bethany Joy Lenz) and son on an unknown island before their time runs out. Also starring Danny Glover, Extortion shows that even paradise can be deadly.

The Making of ‘Extortion’

Rating: R for violence and language