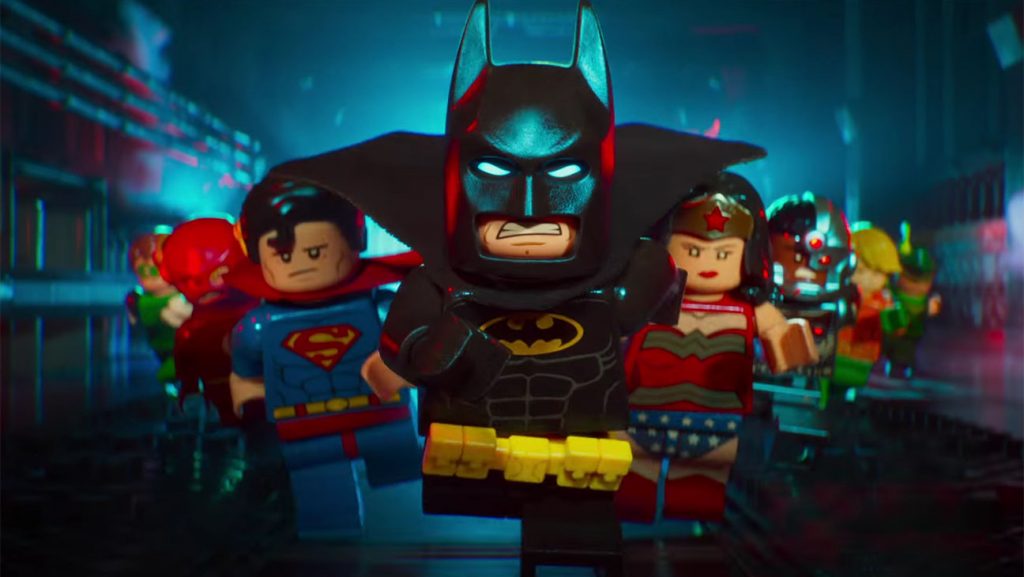 The Lego Batman Movie or Deadpool for Families.

When it was released in 2014, The Lego Movie shocked me with how great it was. It was hilarious, had a brilliant concept, and a big reveal that was executed perfectly. It is also one of the few non-Disney/Pixar movies to have a ton of heart. Since that time I’ve seen some Lego Frozen shorts on Disney Channel and some Star Wars Lego stuff thanks to my kids and the humor is pretty top notch. The Lego Batman Movie takes all of these elements and created a truly laugh out loud movie, with a fun story, and some heartwarming moments. It is an A+ family movie.

The theater I saw it in was packed and from the instant the movie starts the adults were laughing. Will Arnett’s voice over during the opening logos actually had the theater cackling to the point I think I missed a few jokes because I couldn’t hear them. I’d argue this movie has the highest joke per minute ratio in recent memory. Whether it is a one-liner, a reference, physical comedy, or ‘easter egg’ the jokes are shot at you 100mph and at least 85% of them earned a smile or chuckle from me. The pace doesn’t let up on the screen either, there is so much going on in every single scene. The movie is so dang busy. That isn’t an insult because it is done so well, but at one point Batman is building a ship, punching at least 30 bad guys, while jokes are being said, while music is playing, with explosions. It is a lot! But a credit to the animators that I never felt lost and their skill actually allowed me to appreciate the visuals. 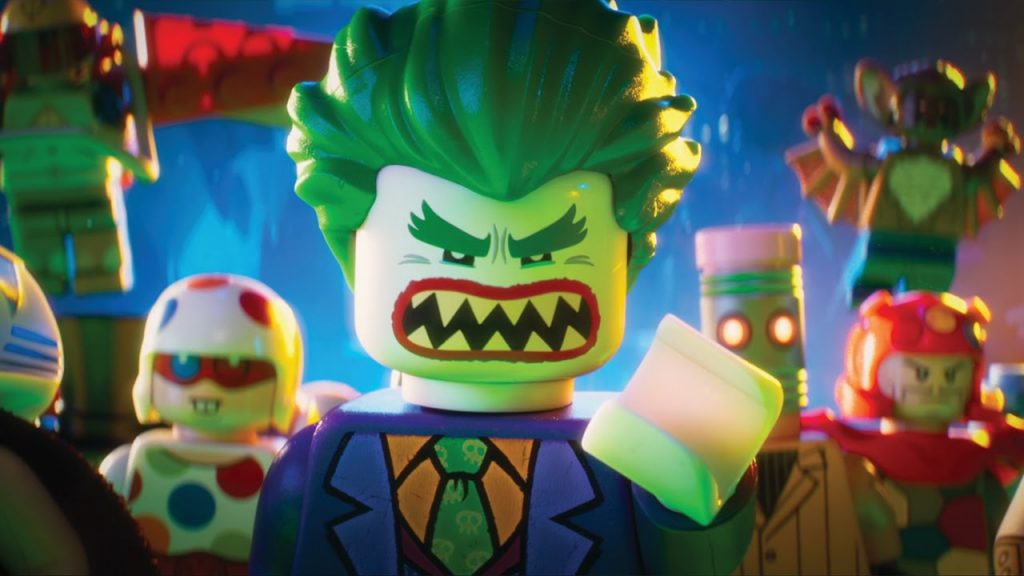 The main plot centers around Batman being a loner who pushes people away because he is scared to lose his family again. While dealing with this aspect of his psyche, he also refuses to acknowledge that without villains to fight he has no identity. If this sounds surprisingly deep for a Lego kids movie, that’s because as far as themes go it sort of is but it is handled in a manner that kids and adults can understand and connect to. Several of the early “touching moments” are played for laughs but towards the end there are some real nice character moments that are played as just that without a punchline and it was nice to see. All “kids” movies come back to family and friends as a theme and this one did too, but it was done in one of the most fun ways in recent memory.

There are a ton of surprises in the movie that I didn’t expect, including the fact that Lego has created so many Lego sets of WB movies to be used in some great cameos. If there is a popular franchise or character from Warner Brothers that has been made into a Lego set then there is a huge chance it cameos in this one. I won’t spoil them but they play a very large role and were an unexpected delight when they appeared on screen.

I assume this movie has been in development for a few years and can’t owe its tone to Deadpool but that is probably its closest movie cousin. This movie is a really good Batman story that is told WHILE spoofing the Batman stories that pretty much follow the same formula. I’m trying to remain positive in my reviews for this site but I personally did not enjoy Batman v Superman or Suicide Squad. Lego Batman pokes fun at both. Including a great line while Batman is at Arkham Asylum, “What? You want to make a team of bad guys to catch another team of bad guys? That is just so stupid.” This line is uttered as Batman is getting a team of bad guys to help catch bad guys! It also has a few moments like the scene from Age of Ultron where Hawkeye tells Scarlett Witch that he is a guy with a bow and arrow and none of this makes any sense. The password to get into the Batcave is “Iron Man sucks!” All that stuff is just pure fun. As the other part of the DC Universe goes through its tonal/reception/franchise growing pains, it was pretty uplifting to see DC & Warner Brothers who produced BvS and SS have some fun with their characters and stories.

At the end of the day, everybody loves Batman. Every version of Batman has been cool in at least some small way. The character is timeless and in my opinion way cooler than Superman. (Bring it haters!) In fact, the Lego version of Superman is better than the current real life one we have. (Again, send complaints to getoverit@idontcare.com) Lego Batman had a small role in The Lego Movie, stole every scene he was in, and absolutely deserved his own movie. The Lego Batman Movie was extremely funny and something that every member of a family can enjoy from a young kid to a grandparent. There are jokes in there for everyone from start to finish with a nice side of good story that services character growth and theme. I left the theater very pleased with the movie and I am crossing my fingers they continue to crank these out every few years because they are a joy to watch.