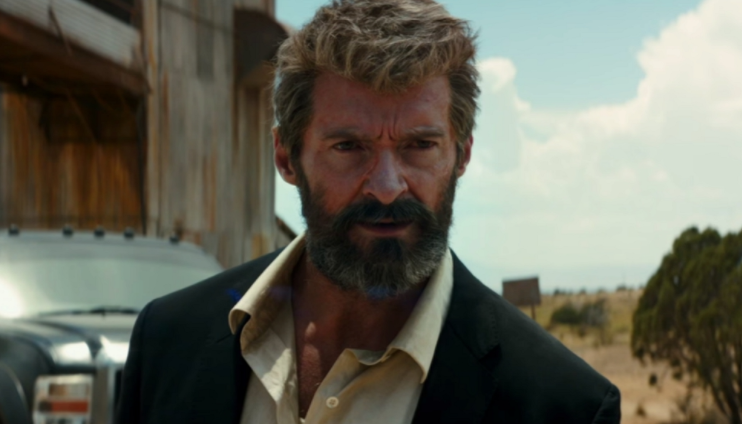 For decades now, we have been clamoring for a ‘Wolverine‘ film done right. From his first incarnation in Hulk #181 to his own miniseries in comic book form in the 1980’s by Frank Miller, to the amazing Saturday Morning Cartoon, and his first appearance in a feature film in 2000 with ‘X-Men‘, which had the song and dance man Hugh Jackman play the iconic character. He was so good at playing Logan/Wolverine, that fans immediately took a liking to him as that character and he went on to play the ‘Snikt-y Snikt’ character in almost a dozen more films. Besides the ‘X-Men‘ films, Wolverine got his own set of standalone films, which may or may not have been liked by a lot of people for various reasons. Either the story was too silly or the character Wolverine was to PG for fans.

If anyone knows the Wolverine character, it’s that he’s a brutal, violent, hardcore rated R character, which is something we haven’t seen in cinema form at least. That is until now with James Mangold’s new film ‘Logan‘, which is very much an R-rated movie, complete with blood, ultra-violence, nudity, and vulgar language. It’s everything we’ve always wanted in a Wolverine movie – FINALLY! With the past three X-Men films, we’ve seen our favorite X-Men characters growing up as it served as the prequel to the 2000 film. ‘LOGAN‘ is set in the year 2029 and the world has changed for the worst, at least for a mutant friends. This is a very bleak, dark, and violent film with some flashes of dark humor. Nobody is doing well in 2029 here, particularly Logan (Hugh Jackman) who has crawled inside a whisky bottle and has never came back out, with the exception of driving a limo for cash around town. He’s old, mean, and his body is starting to fail him. When he’s not driving or killing people, he takes care of Charles Xavier (Sir Patrick Stewart), who is suffering from seizures and dementia, and who lives in a rusted out, abandoned water tower. Life is not good here for anyone.

Meanwhile, a little girl named Laura (Dafne Keen) crosses paths with Logan who seems to have the same abilities as the Wolverine himself. Logan is now charged with the task of transporting this little girl to a safe haven with Charles in tow, as a group of bad guys are after her, led by Dr. Zander Rice (Richard E. Grant). It’s a fairly straight forward story and it takes its time setting up these older, dying characters, as well as its new ones. ‘LOGAN‘ doesn’t mess about with side tangent plot lines or love interests here. It’s balls-to-the-wall, heart breaking action and drama, which is something we’ve wanted for a long time now with the Wolverine character. The script is written by Scott Frank (‘Get Shorty, ‘Minority Report’) and Michael Green (‘Heroes’, ‘Gotham’), which these two writers have expertly added in a fair dose of emotion into these characters, but never back pedal into past films. It was a breath of fresh air. James Mangold certainly was influenced by some of his favorite old western films, as can be seen in some of camera shots, which are just fantastic.

Also, if you ever wanted to see Wolverine go berserk, you’ll finally get that here on more than one occasion, complete with some long shots of Wolverine slicing and dicing the bad guys without any cuts. Simply amazing. In the past films, we’ve seen the characters Professor Xavier and Wolverine rather smart, witty, and put together for the most part. That’s not the case here. These two characters are very sick and are not doing well mentally and physically. Jackman and Stewart give award worthy performances here, which might bring a tear or two down your face. It’s that good. Newcomer Dafne Keen as Laura was also fantastic and very believable in every second she’s on film. ‘LOGAN‘ runs at about 135 minutes, which can seem a bit long, but everything is necessary here and for good reason. ‘LOGAN‘ is the Wolverine film we’ve always wanted and it deserves some high recognition.