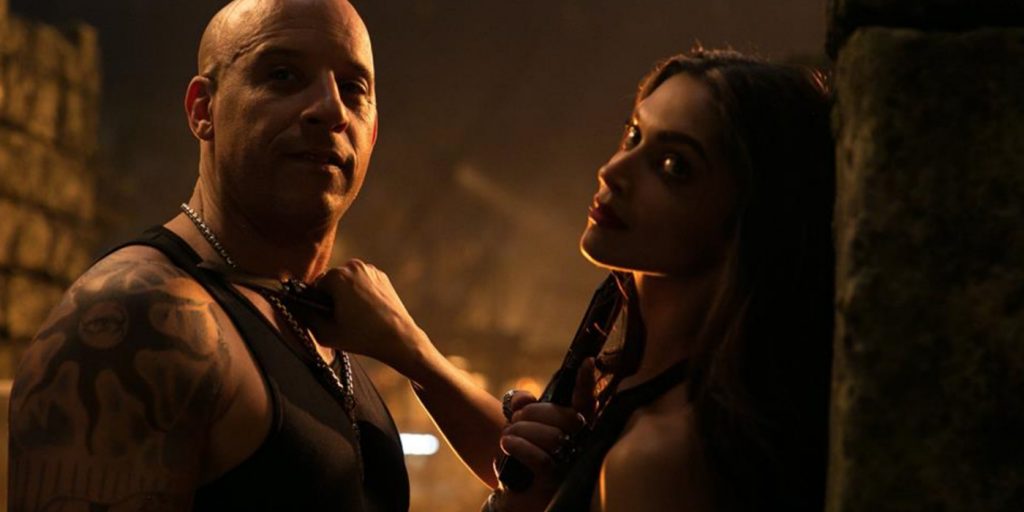 Directed by D.J. Caruso (‘Disturbia‘, ‘Eagle Eye‘), this third sequel takes its cues from the over-the-top action moves of the late 80s and nineties and never looks back. None of the film makes any sense, but then again it’s not supposed to. This is a very dumb film, yet it’s highly entertaining and very fun from start to finish. Luckily, the film knows exactly what it is and even pokes fun at itself, which makes ‘Return of Xander Cage‘ very tolerable and will even have you laughing out loud throughout. Yes, Xander Cage is very much alive and jumping off towers with no parachutes and skiing down rocky mountains with ease. He is brought in by the CIA to track down a device called ‘Pandora’s Box’ that can spy on anyone at anytime, and even bring down space satellites like missiles and kill people.

Xander teams up with a group of other xXx’s and come across yet another group of xXx’s, including Donnie Yen (I’m one with the force, the force is with me) and Thai master Tony Jaa, who might as well be Michael Jackson in this role. Every other character has there special trait and skill, including being a deejay, crashing vehicles and telling social media about it, and even a tech guru who makes Lincoln jokes and has a safe word. It’s all silly, dumb, and so much fun. Luckily, the film never slows down or tries to be serious at any point in time. Every action beat and fight scene would have any superhero die a horrible death in an instant, but this is ‘xXx‘ with Vin Diesel, and nobody dies, let alone get a scratch on their face, even when there is a fist fight in the middle of a highway with tons of on coming traffic.

There are for sure some funny performances, but I want to talk about Vin Diesel. I don’t understand how this guy gets work. He is literally the worst actor in the world. He is good as a voice actor who can say a few lines, but good God. It’s literally painful to watch him on screen, and every time he’s on screen here (mind you, he’s shirtless most of the time), he is just wretched and awkward. I don’t get it. Every time he’s on screen, you just wish one of the other characters had screen time instead. Other than that, this film is quite fun, action-packed and ridiculous, which in this day and age, it’s good sometimes to turn off your brain and enjoy the grand spectacle. Will there be more ‘xXx‘ films in the future? It looks like it and that’s not a bad thing.