The next franchise in the Marvel Cinematic Universe comes with mystical and magical powers in ‘Doctor Strange‘, which is a damn good start to this new character. ‘Doctor Strange‘ was created by Steve Ditko and first appeared in Strange Tales #110 back in 1963. ‘Doctor Strange‘ or Stephen Strange is a highly intelligent surgeon who is in the top of his field. In an accident, he loses the use of his hands, which leads him to seek out alternate methods of healing. This brings him to a mystical and magical place across the globe where he meets ‘The Ancient One’ amongst other sorcerers that help him heal spiritually and physically.

Whatever Strange had learned or knew before this, is out the window, as he learns of other worlds, universes, and powers beyond imagination. Soon enough, Strange has to help defend Earth, much like ‘The Avengers‘ do, but on a different scale. While ‘The Avengers‘ keep us safe from big monstrous physical threats on Earth, ‘Doctor Strange’ protects us from magical and mystical threats from other worlds – which in due time, we will see everyone come together and team up to fight some evil forces. At least I hope. Filmmaker Scott Derrickson was chosen to direct ‘Doctor Strange‘, which seems like a “strange” (all the pun intended) decision given his resume, which includes mostly horror movies – ‘Deliver Us From Evil‘ and ‘Sinister‘ to name a few, but it turned out to be a great decision along with his writing partner C. Robert Cargill, who was formally a film critic from AintItCoolNews, who co-wrote this film. 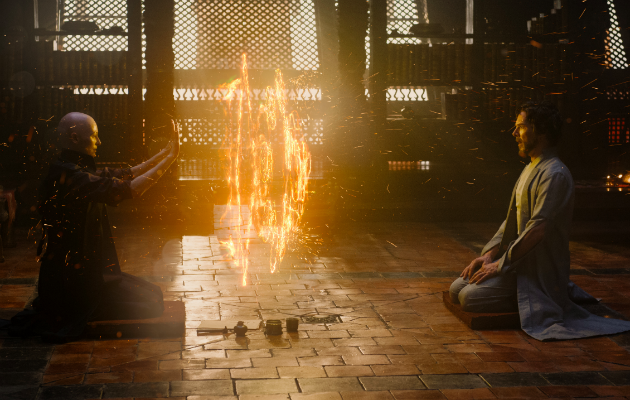 The result is simply fantastic and a great start to the ‘Doctor Strange‘ universe. Derrickson and Cargill have done a swell job in conjuring up a great origin story and executing each character’s development here. From showing what kind of man Stephen Strange (Benedict Cumberbatch) was to his transformation to the superhero we see later on – it all works. Cumberbatch is excellent too here, hitting all of the right emotional notes as well as performing the physical aspects of the role nicely. The script has a slow burn approach to it in the first half of the film, but is sprinkled with excellent comic bits and action sequences. This slower approach is necessary to really connect and feel for Strange and it works out perfectly, as if you went on this powerful journey together.

The only gripe I have, and mind you, it’s a small one, is the relationship between Strange and Christine Palmer (Rachel McAdams), which feels rushed and tiresome, as it’s been done  before. Perhaps, there just wasn’t enough time to really dig deep into it. Chiwetel Ejiofor as Karl Mordo was excellent and almost had a ‘Serenity‘ quality to him, but was a very conflicted character, and he performed that very well. Mads Mikkelsen as Kaecilius was also fun to watch, but not the best villain w’ve seen. His makeup looked great and he did a great job, but there needed to be something more from him. Tilda Swinton as The Ancient One was perfect for her role and Benedict Wong as Wong stole every scene he was in. 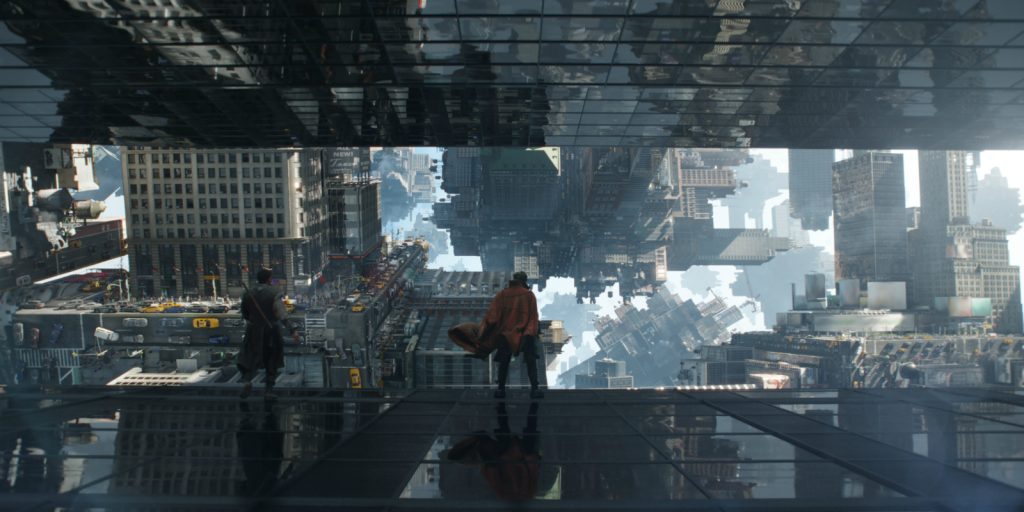 The visual effects were out of this world as some of the bigger action sequences had things I’ve never seen before in a movie. It was done on such a grand scale too that I was entranced in everything going on through the film. Now I’m not a fan of 3D, but if you have the option, see ‘Doctor Strange‘ in 3D. The visuals are insanely good and it was indeed filmed with 3D IMAX cameras, and not converted like most movies are these days. It simply looks phenomenal. I can’t wait for more ‘Doctor Strange‘.