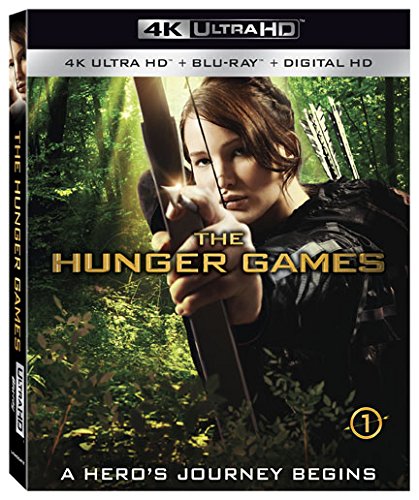 Have you read ‘Hunger Games’?  Do you know what ‘Hunger Games’ is about?  If not you’re in for a real treat.  ‘Hunger Games’ is based on a trilogy of novels by Suzanne Collins.  It’s geared towards young adults.  The premise is a whole lot like ‘Battle Royale’ where a group of young kids or teenagers are picked in a lottery system to battle each other in a designated area until there is only one survivor.

One difference is that it takes place in a post apocalyptic future world with wild looking characters as well as a the whole “game” being televised as some sort of big reality tv show. The film follows Katniss Everdeen (Jennifer Lawrence) and her friend Peeta (Josh Hutcherson), two young teenagers who are basically forced to compete in a deadly “last person left alive’ game. Friendships are tested as betrayals are rampant in these games. What differs from this film as to ‘Battle Royale‘ is the glitz and glamour of it all, as well as the inclusion of the future government and reality tv show program that airs these games.

The government is basically run by one sinister man (Donald Sutherland), as Katniss and Peeta, along with a few others have to survive the game and try and take down the government by starting a revolution. The film is a great start to a franchise that boasted over a billion dollars in sales, and it looks great in 4K.

Lionsgate enters the game with the 4K UHD release of ‘The Hunger Games‘, which has a HEVC H.265 encode in HDR10 with a 2.40:1 aspect ratio. This release has a digital download code as well as the standard Blu-ray version, in addition to the 4K disc. There is no 3D option here. It’s almost been five years since the first film came out and now we have a new format on home video with 4K UHD. There is definitely an improvement here in detail and color, but not as much as you’d might think. Detail is still very vivid and sharp in closeups in well lit exteriors, but the film has a very grainy and filmic look in many spots. The hardcore color grading and violent camera movements really come down on the overall detail of the picture. The HDR looks amazing here though and is the biggest and most noticeable upgrade with this 4K release. The different color shades in different lighting look incredible, no matter if the kids are running through trees or on the inside of a dark house – all the colors look satisfactory. Detail also provides strong closeups with wrinkles, makeup effects, beads of sweat, and individual hairs, which show up nicely. Black levels are very deep and inky as well. There are no other compression issues of any sort here, leaving this with a great looking 4K presentation.

This UHD release of ‘The Hunger Games‘ has an English: Dolby Atmos track, where I used a 7.1.2 Atmos speaker setup with the normal 7.1 surround and two overhead speakers, plus a subwoofer powering this comedy action soundscape. The standard Blu-ray version has a Dolby Atmos track as well. This is an excellent audio presentation and is demo worthy for this type of film. The fully immersive track is outstanding in the heavier action scenes where the children are fighting in the woods. There is full immersion with the ambient noises here in the forest, as well as large crowds cheering and yelling during the games. Weapons being fired sound excellent too with some great directionality. Dialogue is always crystal clear and easy to follow along with and free of any pops, cracks, hiss, and high shrills.The score is always sweeping and adds to the suspense in each scene. The low end packs a great amount of bass without going into rocky territory. The overhead speakers provide some great moments as well in the heavier action scenes. This is a top notch audio presentation.

New Audio Commentary – Editor Stephen Mirrione, Visual Effects Supervisor Sheena Duggal, and Sound Designer Lon Bender deliver an engaging and informative commentary track that is more technical than funny or anecdotal. Still, if you want to know some of the cool tricks that were done for the film, give this a listen.

The Wold is Watching: Making ‘The Hunger Games’ (HD, 122 Mins.) – This is an extensive look at the making of the film with cast and crew interviews, behind the scenes footage, and more. Every aspect of the film is talked about here from the pre-production process to the release and marketing, and everything in between. A must see for fans of the film.

Letters From The Rose Garden (HD, 9 Mins.) – Donald Sutherland discusses how impressed he was with this role and how much he wanted to do this. He even talks about Stanley Kubrick here. 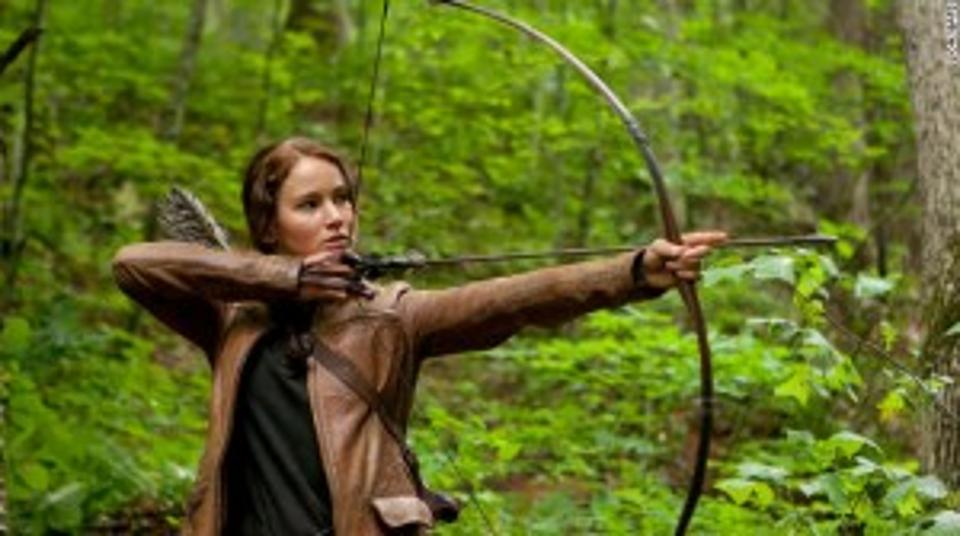 ‘The Hunger Games‘ is finally out in 4K UHD and it looks and sounds great. The film itself is a good start to a franchise that in my opinion went out with a whimper instead of a bang. This first film however is quite solid in all aspects of filmmaking and acting. Some of the extras from the previous standard Blu-ray release are not imported over here, but some of them do end up on the 4K Disc, which is excellent. Plus, there is a brand new commentary track here. This comes HIGHLY RECOMMENDED!