‘The Departed’ Will Move From The Big Screen To The Small Screen!!! 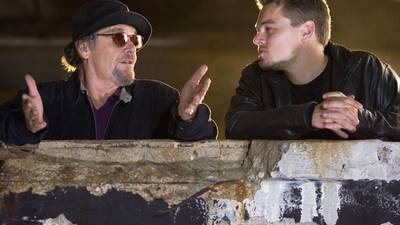 Warner Bros. TV is putting together a TV series reboot of, not only an Oscar winning film, but one of my absolute favorites, ‘The Departed‘. Joining Warner Bros. in the project is Amazon Studios and Vertigo Entertainment, Initial Entertainment Group and Plan B Entertainment.

‘The Departed‘ was based on the 2002 Hong Kong film ‘Internal Affairs‘. A story between a mole in the police department and an undercover cop. Their objectives are the same: to find out who is the mole, and who is the cop. ‘The Departed‘ comes from the amazing Martin Scorsese and featured a star-studded cast consisting of Jack Nicholson, Martin Sheen, Leonardo DiCaprio, Matt Damon and Mark Wahlberg. That project won four Oscars, and a Golden Globe, including Best Director and Best Motion Picture Of The Year, and had a slew of nominations as well.

Jason Richman (‘Detroit 1-8-7′, ‘Mercy Street‘) is attached to write and the project has been slowly growing since at least February. The premise for the series centers on a young cop who goes undercover to infiltrate a ruthless Latino gang, which simultaneously plants its own man in the police department. The setting moves from Boston to present-day Chicago where it will inhabit a world full of warring ethnic drug gangs. The two moles are racing against one another as they hustle to be the first to discover their counterpart.