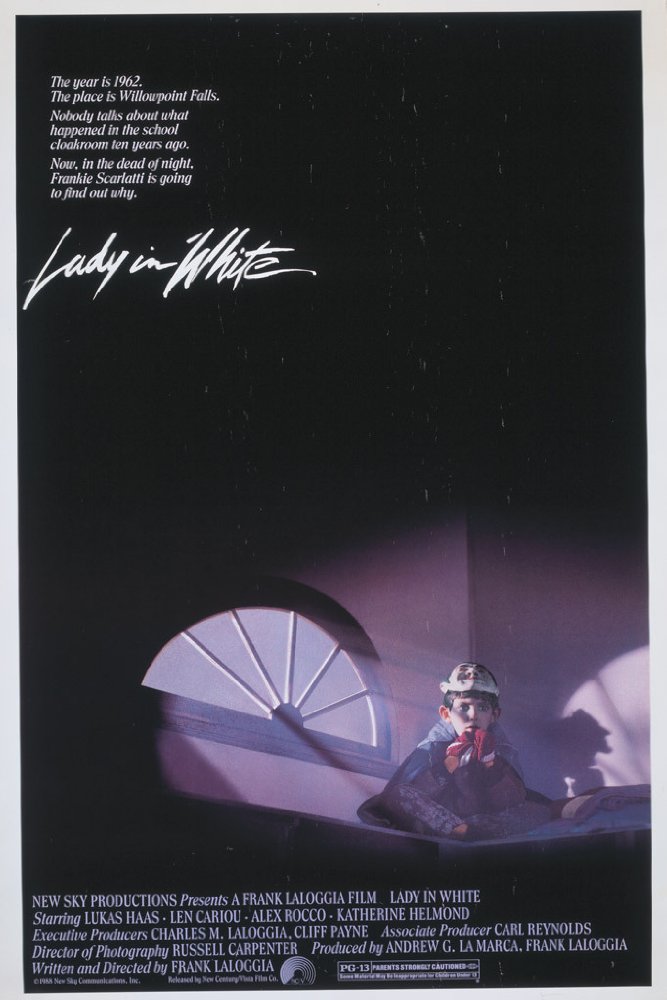 I love, love, love Scream Factory! They are giving new life to throwback horror titles and the next one up for renovation is ‘Lady in White‘ from 1988. The feature will head to Blu-ray in a 2-disc set featuring a director’s cut on September 27, 2016.

For ten year old Frankie Scarletti (Lukas Haas), school isn’t just a place for learning. On Halloween of 1962, after being forced to spend the night locked in the coffin-like confines of his fourth-grade cloakroom, Frankie discovers the ghost of a little girl who was murdered in the very same room ten years earlier by a serial killer that has eluded the police for the last decade . With the death toll continuing to rise, Frankie, along with the help of the girl’s restless spirit, takes it upon himself to bring the killer to justice.