Rupert Grint Will Star In ‘Snatch’ Series For Crackle!!! 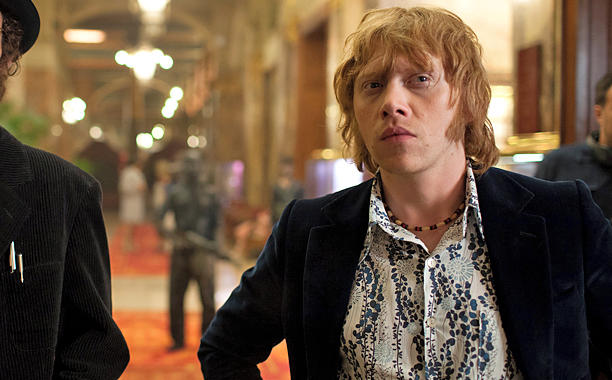 Rupert Grint (‘Harry Potter‘) is teaming up with Sony streamer Crackle to executive produce and star in a new series based on the 2000 cult hit ‘Snatch‘. Dougray Scott (‘Mission Impossible 2‘) and Ed Westwick (‘Gossip Girl‘) are also attached to the series as key players while Nick Renton (‘The Musketeers‘) will direct.

The series will carry “the spirit of the setting in the film,” but will be placed in a whole new world with unique characters. The project was inspired by a true event, a heist, in London. We will see a group of young adults caught up in the hustling world who come across a truck load of stolen gold bullion and dive head first into the depths of organized crime. They will soon face rogue cops, mobsters, fighters and all manner of villains as they traverse the tricky waters.

Charlie Cavendish is the name of Grint’s character and he’s described as a frustratingly chaotic, yet thoroughly posh con man. Scott’s character works the con game from inside prison and Westwick is a nightclub owner, Sonny Castillo.

The series rolls production next week to fill their 10 episode first season order all set to debut in 2017. This project is another notch into the belt of Crackle’s growing original series properties.