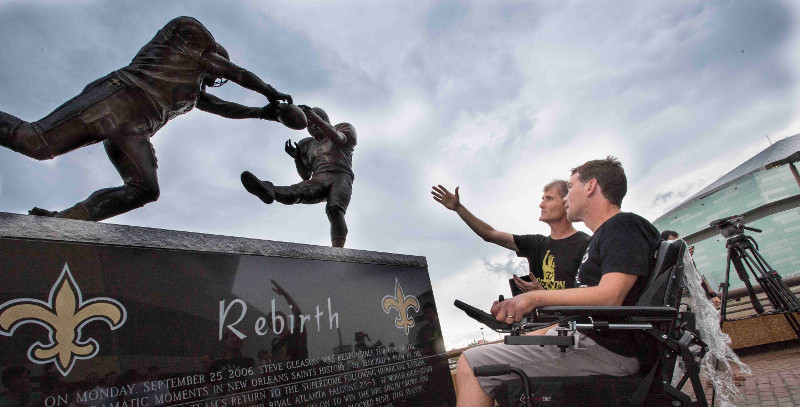 Gleason is a powerful journey of the human spirit. Steve Gleason, former NFL safety for the New Orleans Saints 2001-2008, shares his story.

Steve marries the love of his life, Michel Varisco Gleason. Michel is a crazy, adventurous slip of a woman. Suddenly in 2011, Gleason starts developing muscle spasms and weak muscle issues. He was then diagnosed with ALS (Amyotrophic lateral sclerosis) also known as Lou Gehrig’s Disease, a neurodegenerative disease that has a low life expectancy (2-5 years). Six weeks after diagnosis, Michel is pregnant. Steve started a video blog, which evolved into a touching parenting video for his unborn son, Rivers. Thus begins Steve and Michel’s expedition into life with ALS. 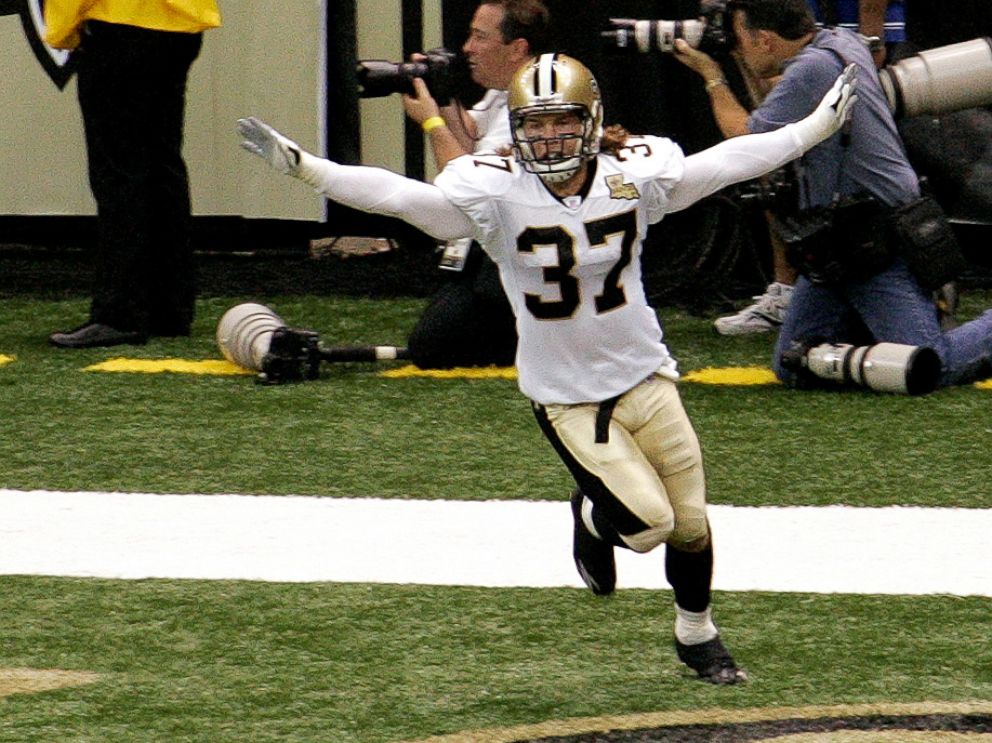 I hate crying at movies. However, the brutal honesty exhibited by Steve and Michel and even cute lil Rivers made me totally surrender to the emotional whirlwind that is Gleason. Steve decided that he would not give up and it was his perseverance and determination to live for his wife and son that inspired me. This documentary is, in a word, raw. Despite the cameras constantly on them, the couple is who they are no matter how hard life gets. Gleason’s level of realism is a breathe of fresh air. Steve and Michel tell their own story with a mixture of home videos and professional video productions.  Along for the ride are family members and friends, Blair Casey (such a true friend, caretaker, and Team Gleason’s General Manager) and Scott Fujita (former New Orleans Saints teammate and Board of Directors member for Team Gleason), as well as Steve’s heroes, Pearl Jam front man, Eddie Vedder and lead guitarist, Mike McCready. My favorite Pearl Jam song was “Alive.” If I get low, I just crank it.

Steve’s words and actions of encouragement and inspiration are throughout the film. Some of my faves were: “Be present now” and “My future is bigger than my past,” his No White Flags movement, lobbying for Medicaid and Medicare to cover voice machines for ALS patients, and forming Team Gleason which helps so many ALS patients. As much I felt motivated by Steve’s words, Michel’s words kept me grounded and it was wonderful to witness her strength. I almost split from laughing after the birth of Rivers and when she convinced Blair to come help take care of Steve. Watch the film for what Michel said; it’s priceless. When difficult times hit a marriage today, we see so many divorces and abuses. Steve and Michel are a ray of hope. Their example says to me, “Duh, life gets hard, marriage gets hard, but both are worth fighting for.” 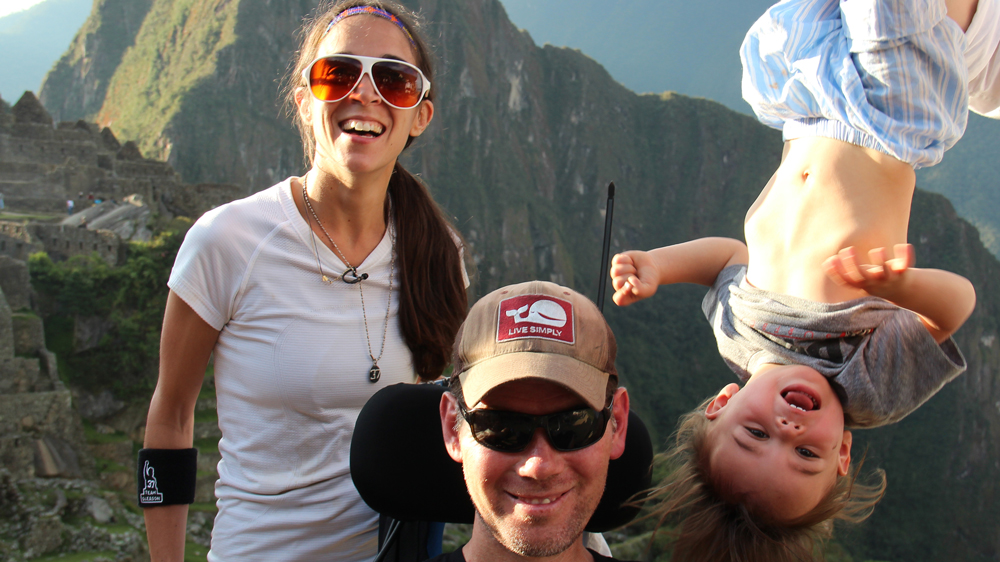 Overall, I thoroughly enjoyed Gleason, even though I cried so hard that my contact popped out of my eye. Normally, bad camera operating technique bothers me, but in documentaries and especially in this film that exudes realism and was even endearing. Steve and Michel Gleason are amazing people whose story should be shared with the world. I thank them for allowing such a real look into their day-to-day lives. Oh, and Michel: You are an artist; your work is beautiful and puzzling. Even if you do not watch football, you will become a fan of Team Gleason.