‘Session 9’ On Blu-ray From Scream Factory!!! 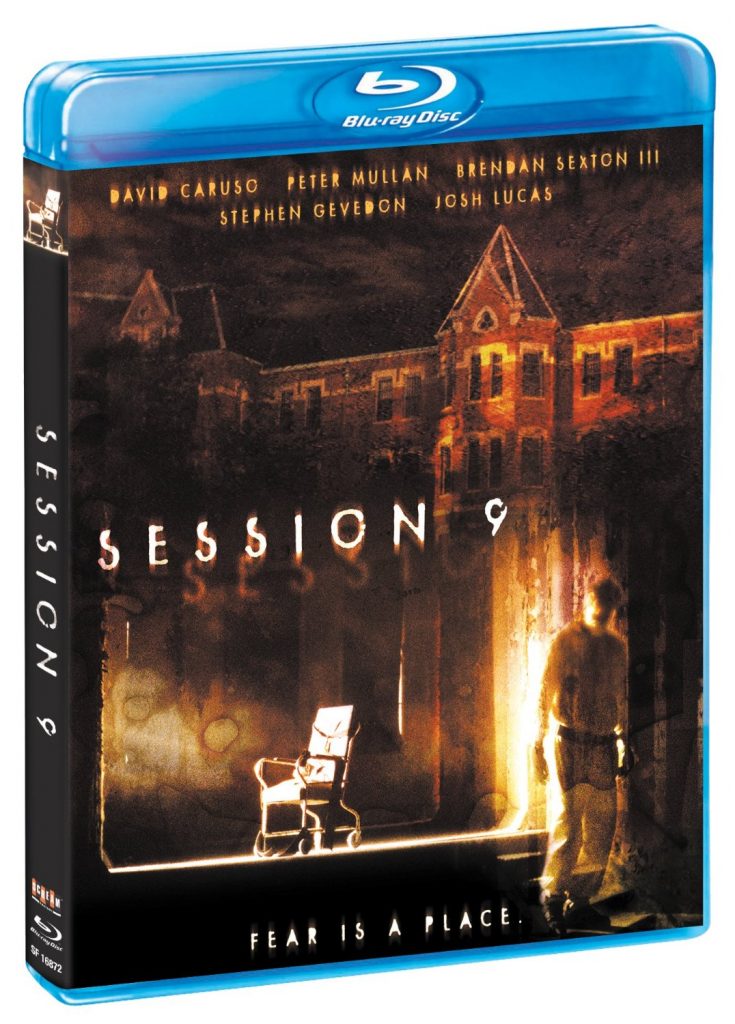 Scream Factory presents ‘Session 9‘ on Blu-ray debuting August 16, 2016. The horror mystery is from 2001 and stars David Caruso (‘CSI: Miami‘), Josh Lucas (‘American Psycho‘)and Paul Guilfoyle (‘CSI: Crime Scene Investigation‘) under the direction of Brad Anderson (‘The Machinist‘). The release is absolutely packed with bonus features that make this a must for any genre collector or film buff.

It looms up out of the woods like a dormant beast. Grand, imposing… abandoned and deteriorating, the Danvers State Mental Hospital, closed down for 15 years is about to receive 5 new visitors. Donning protective gear, the men of the Hazmat Elimination Co. venture into the eerily vast and vacant asylum that is filled with an evil and mysterious past. Rampant patient abuse, medieval medical procedures and rumors of demonic possession are some of the many dark secrets the hospital holds – but then so do each of the men.

NEW Horror’s Hallowed Grounds – revisiting the locations of the film