AMC Is Extending ‘Preacher’s Run With A Second Season!!!

If you haven’t been watching ‘Preacher‘ on AMC, get on it babies, we’re only 5 episodes in so you have plenty of time to get caught up as the season goes. You will definitely want to catch up because the series has been renewed for a second season! The series can boast on fleek casting, and a strong story telling game that will make you keep coming back for more. 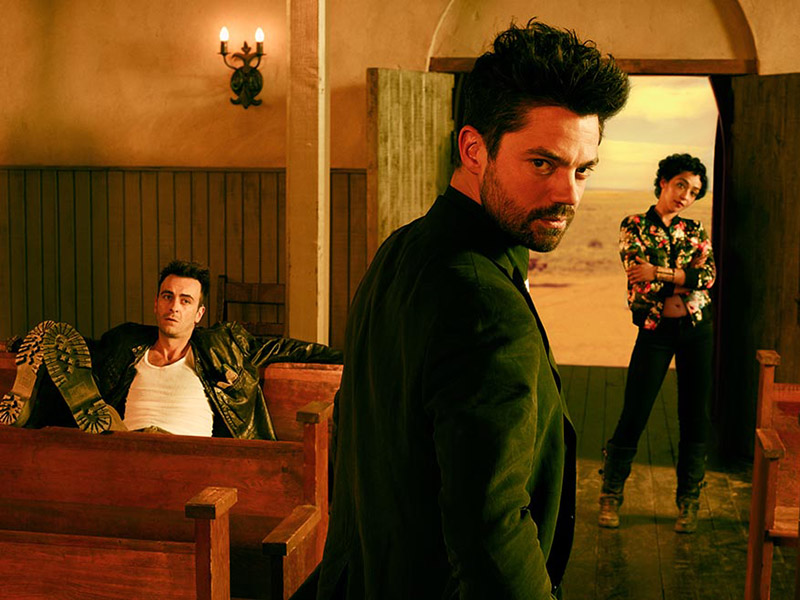 Season one will have 10 episodes and season two will expand to 13 episodes when it returns in 2017. Seth Rogen and Evan Goldberg developed the project with Sam Catlin. Rogen and Goldberg have each directed two episodes and will continue to be involved creatively as the series goes forward.

‘Preacher‘ tells the story of Jesse Custer (Dominic Cooper), a preacher in the small Texas town of Annville. Custer is accidentally possessed by the supernatural creature named Genesis in an incident which killed his entire congregation and flattened his church. Genesis, the product of the unauthorized, unnatural coupling of an angel and a demon, is an infant with no sense of individual will. However, as it is composed of both pure goodness and pure evil, it might have enough power to rival that of God Himself. In other words, Jesse Custer, bonded to Genesis, may have become the most powerful being in the universe. Also starring Ruth Negga and Joseph Gilgun to play the roles of Tulip O’Hare and Cassidy.

Catch the series as new episodes or debuted Sunday nights.