Of course we are getting a ‘Baywatch‘ reboot in the form of a big feature film, because why not. Actually, that film opens up one year from today and Paramount has released the first official cast photo of the film. You have Dwayne ‘The Rock’ Johnson, Zac Efron, Alex Daddario, Jon Bass, Kelly Rohrbach, and Ilfenesh Hadera in the new case, and everyone looks great here.

It’s gonna be hilarious and fun to watch The Rock punch a shark, prevent a giant cruise ship from sinking, and save a dozen people from drowning in this new film. Just hopefully, he will give a fish the People’s elbow at some point. The plot of the film we hear is that veteran lifeguard Mitch (The Rock) has to get along with the new rookie lifeguard (Efron) as they solve a crime and big criminal plot that threatens the beach.

Basically, they’re saving the world. Hannibal Buress will also star in the film and will be directed by Seth Gordon (Horrible Bosses). A lot of the original cast from the ‘Baywatch‘ TV Show will make cameos, including Pamela Anderson, Rob Huebel, Belinda, Jack Kesy, Amin Joseph and Yahya Abdul-Mateen II, according to Deadline. Let’s just hope a picture or small cameo of the Hoff will make it into the movie. 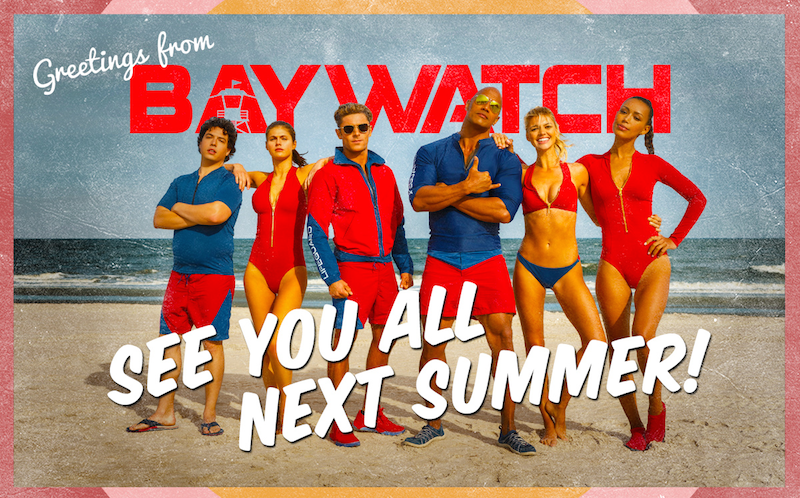