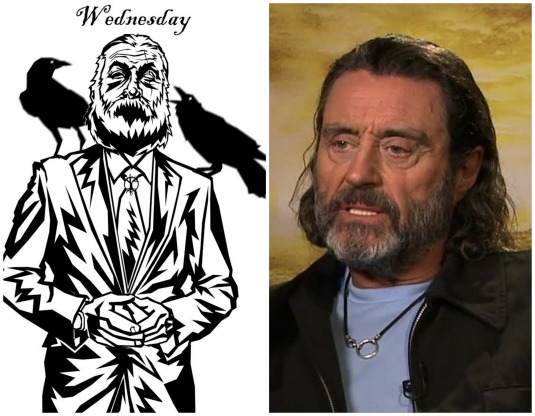 At long last, we have a face to put with the enigmatic Mr. Wednesday for Starz’s series adaptation of Neil Gaiman’s fantasy novel ‘American Gods‘ and it’s the glorious Ian McShane. Apropos this information was released on a Wednesday, wouldn’t you say? 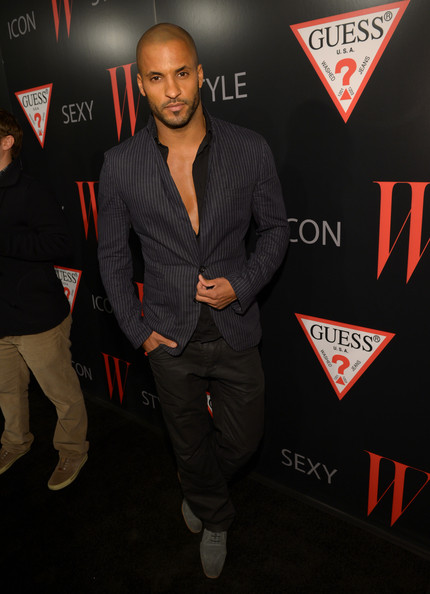 McShane joins the only other attached cast member, Ricky Whittle who has taken to the project as the lead  Shadow Moon. This doesn’t mark the first time McShane is attached to a Gaiman adaptation, as he previously provided the voice of Mr. Bobinsky in ‘Coraline‘.

“When you write a beloved character (beloved with, or despite, or because of all his faults) like Mr. Wednesday, you get to watch the internet trying to cast the role,” Neil Gaiman said. “I’ve seen a hundred names suggested, but few make me grin like Ian McShane does. I’ve already been lucky enough to have him in one film (he was bright blue in it, animated, and probably Polish). Now I count myself even luckier: he’s made the journey from Lovejoy to American Gods.”

Shadow is a man with a past. But now he wants nothing more than to live a quiet life with his wife and stay out of trouble. Until he learns that she’s been killed in a terrible accident. Flying home for the funeral, as a violent storm rocks the plane, he is greeted by a strange man in the seat next to him. The man calls himself Mr. Wednesday, and he knows more about Shadow than is possible. He warns Shadow that a far bigger storm is coming. And from that moment on, nothing will ever be the same. This is the largest, basic description of the book there could be without giving anything, whatsoever away about the plot. Do me a favor, though, if you haven’t read this, do it. Read it now before you see the series. Appreciate the awesome story as it unfolds and give yourself time to play this out in your mind before it’s done for you on-screen. You’ll thank me like I thanked the guy that got me to read it.

‘American Gods‘ is set to begin filming in April with Bryan Fuller and Michael Green as writers/showrunners. “Actor. Icon. And now god,” said Fuller and Green. “It is a goddamn delight to be collaborating with the incomparable Ian McShane — again and for the first time — on a story about faith and belief, with the utmost faith and belief in Mr. McShane as our Mr. Wednesday. A wonderful Wednesday indeed.”

Now that we have the anchor for the series cast in Shadow and Wednesday, I can’t wait to see who will be asked to fill in the rest of the beautifully original cast. What are some of the possibilities for the rest of the cast? You tell me yours.