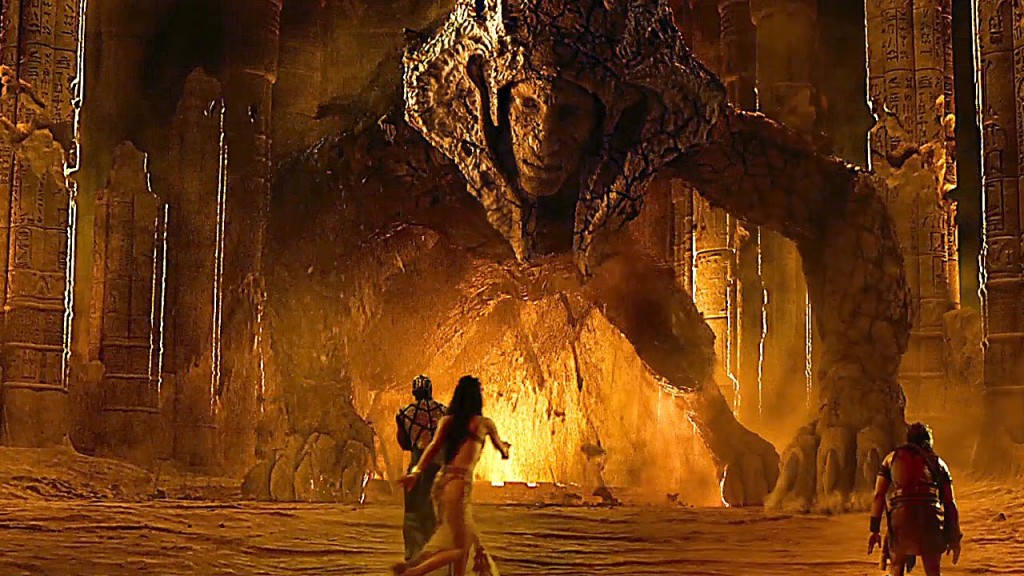 Hot muscled men in shining, defining armor, beautiful women wrapped in silks and armor for the menfolk, and mythology.  Sounds like the makings of greatness, right?  Well, no.  Gods of Egypt opens in a fast push in across Egypt.  Suddenly, Egypt is abruptly ripped apart by war obsessed and power hungry, Set (Gerard Butler).  With his father Osiris (Bryan Brown) and mother Isis (Rachael Blake) deceased, Horus (Nikolaj Coster-Waldau) has a journey ahead of him if he hopes to regain his kingdom.

The score was not balanced well with the dialogue.  The bass was so heavy that the viewer is easily distracted from the words and story.  At times, I couldn’t discern a word.  I know the dialogue was bad, but I still would have liked to hear it before I rejected it as lame (and boy, was it LAME).  I’m not an expert nor am I an amateur on Egyptian lore, but even if the film was accurate, these gods are wimps.  The pace of the film made them fall quicker than dominoes.  The fast pace also prohibits the audience from enjoying the landscape so artfully designed. 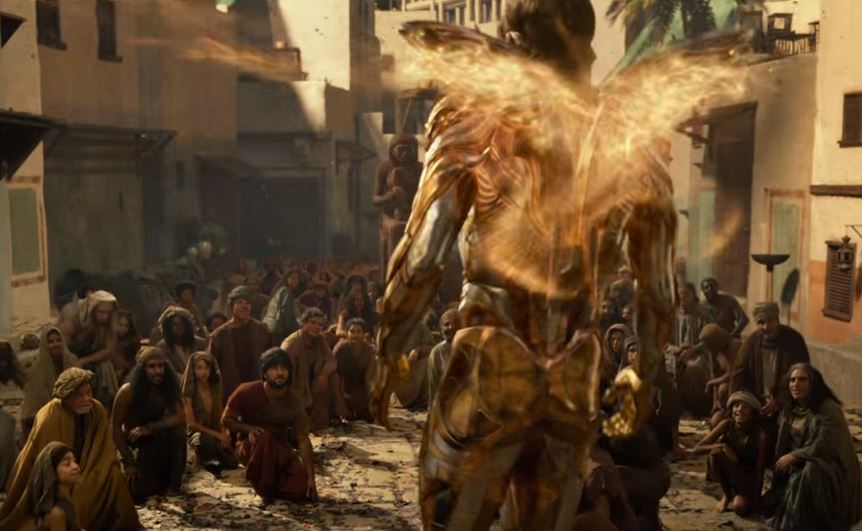 A few noticeable rips from other blockbuster films like Lord of the Rings: Fellowship of the Ring and Thor, will have you rolling your eyes.  If you choose to see Gods of Egypt, then the shot composition will look very familiar.  Speaking of cinematography, filmmakers have to know when too many tricks are being deployed.  Fight scenes are better enjoyed when you can see them.  Therefore, maybe the use of quick pans, especially quick cuts bouncing back and forth along on the 180° line is not the way to do things.  Give us a moment to enjoy the action.

A few positives about the film do exist.  The presentation of scale and scope was breathtaking.  From mortals to gods to monuments, the scale was never broken, or at least not that I could see.  The expanse of the land of the Nile is so beautifully rendered as well.  Hats off to the wardrobe team too, as the ethereally infused fashion looked stunning.  Of course, I enjoyed looking at some of my favorite actors, including Gerard Butler, even if the dialogue stunk and over-acting was running rampant.  Ever since Dracula 2000, I have been enamored with Butler, so he still gets a pass.  Later with Attila, Reign of Fire, Lara Croft Tomb Raider: The Cradle of Life, 300, The Ugly Truth, Gamer, Law Abiding Citizen, and Olympus Has Fallen, it became apparent that I love his work (good, bad, and otherwise).  It’s too bad that Set wasn’t a better setup character.  Then even with only one eye, I admired Nikolaj Coster-Waldau as well.  I’ve enjoyed him on Game of Thrones for several seasons as well as Black Hawk Down and particularly, Wimbledon.  I’m glad he is adding more features, but I hope his roles/dialogue are better paired.  How could this film not work with two actors like these?  Not to mention the legends: Geoffrey Rush, Bryan Brown, and Rufus Sewell.  It’s probably because of the poor writing.  I also enjoyed the energy of Brenton Thwaites, as he gave it all he got with what dribble he was given.  For a character so small in comparison, Bek (Brenton Thwaites) makes a big impact. 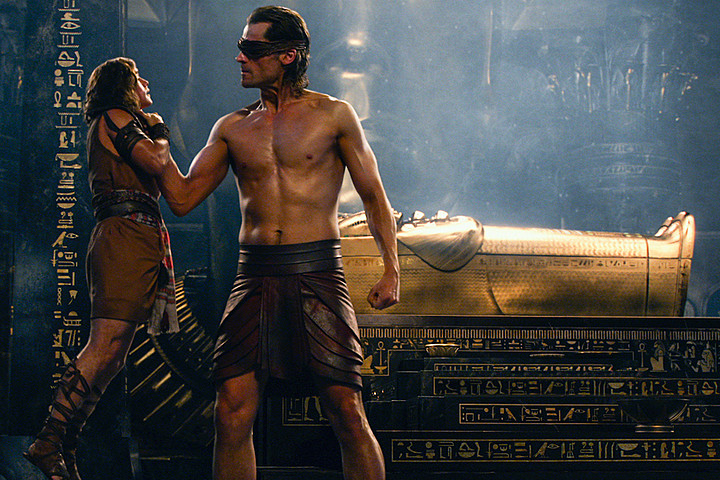 For all the possibilities, Gods of Egypt just misses the mark.  Alex Proyas, the director, made The Crow, Dark City, and I, Robot. I expected better.  Was he rushed through post-production or did someone else have final cut?  The script needed work (Did I mention lame dialogue?), the camera and special effects needed reeling in, and some acting performances were far from stellar.  Unless your entertainment doesn’t require much, I cannot recommend this film.

Go for the boom, because there’s not much else!