We all remember the horrible times from 2007-2010 with all that went on with the housing crises and stock market crash. Tons of people lost their homes, went broke, lost their jobs, and even committed suicide. This was all due to the major banks and loan officers, giving people bad loans no matter what their income situation was. After a little while, everyone started to default on their home loans and all of the banks failed, which forced the hardworking middle class people to bail them out with our own money.

Instead of fixing the problem, the major CEOs of these banks, used our money to pay themselves huge bonuses. I know it doesn’t seem real, but it happened. In real life. Before everything hit the fan, there were only a few people who actually predicted this would happen, and actually read the housing loan contracts and realized how much hogwash there was in them. Since these people knew this, they started to short the housing market on Wall Street, which means, they basically bet against the housing market (which at the time and in all history was always a sure thing). 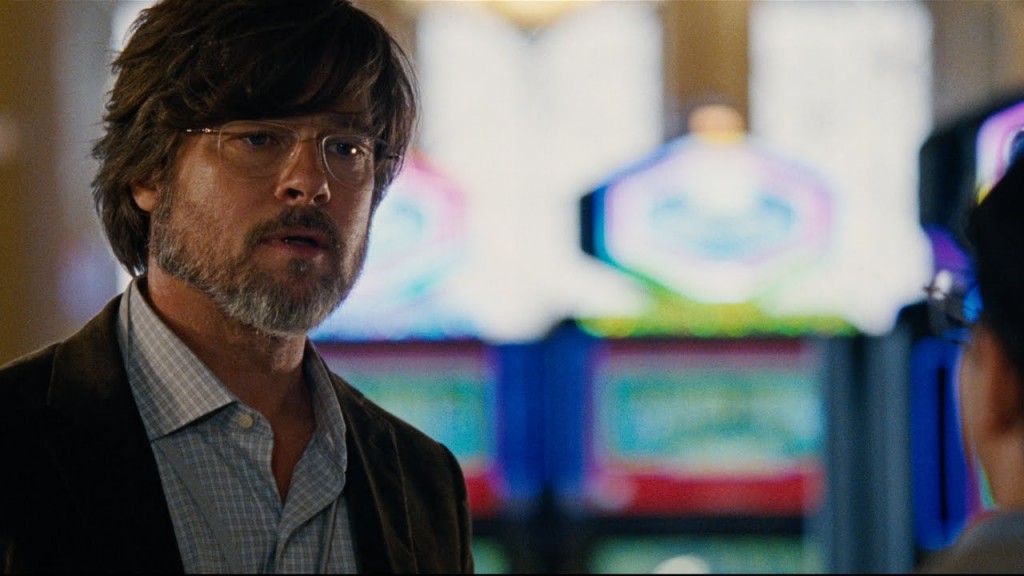 If these guys won, they would come out with billions of dollars. We all know what happened. Well one guy decided to write about it by the name of Michael Lewis, who also wrote ‘Moneyball‘. With this novel, writer/director Adam McKay decided to get into the drama side of film. McKay is known for his work with Will Ferrell as he directed both ‘Anchorman‘ films and ‘Step Brothers‘, amongst a ton of other comedies in the same vein. Needless to say, ‘The Big Short‘ is a big step in a new direction for him. You can definitely tell that McKay is a huge fan of Martin Scorsese, because ‘The Big Short‘ feels like a ‘Scorsese’ film in a lot of ways.

There is a ton of narration, breaking the fourth wall, and the characters talking to the camera about what is happening. It’s a very fun movie to be a part of, despite the chaotic and horrible scandals in the storyline. There really isn’t a lead role in the film, but rather an ensemble cast, whose characters interact and intertwine throughout the entire film. Michael Burry (Christian Bale) is a hedge fund manager who caught wind of this housing bubble before anyone else did and convinced his firm and investors to go against the housing market. 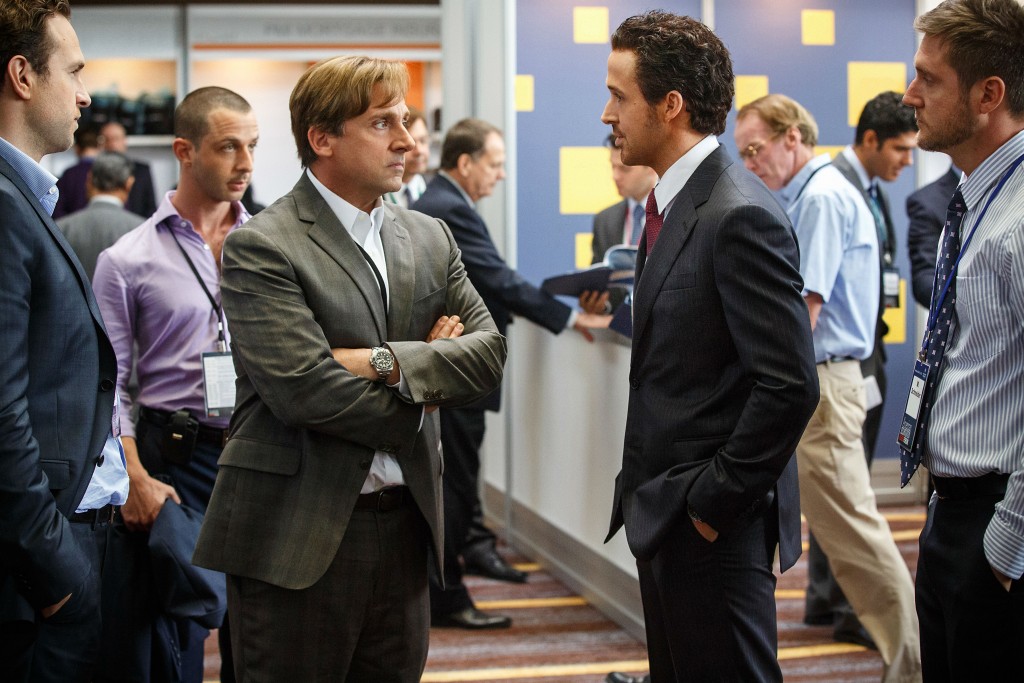 Everyone laughed at him for it, but boy, did they get down on their knees in the end. Burry went around all of Wall Street to all the major firms and bought up all these housing stocks. Word got around town and everyone thought he was crazy, except Mark Baum (Steve Carell), who he and his firm starting shorting the housing market in order to make money, based on what Burry found out. Ryan Gosling is more or less our main narrator for the film and plays Jared Vennett, who got filthy rich off of this housing market and was the one who told Baum about what was happening.

From the beginning of Burry figuring out what was going on with these big banks, we follow Carell and his team actually going house to house, asking the tenants what was happening. They even travel to Las Vegas to a convention and ask the loan officers about what was going on, to which they replied they had no idea what was happening, other than that they were buying yachts with the cash they were making from these bad mortgages. It was asinine to see what these people were doing. 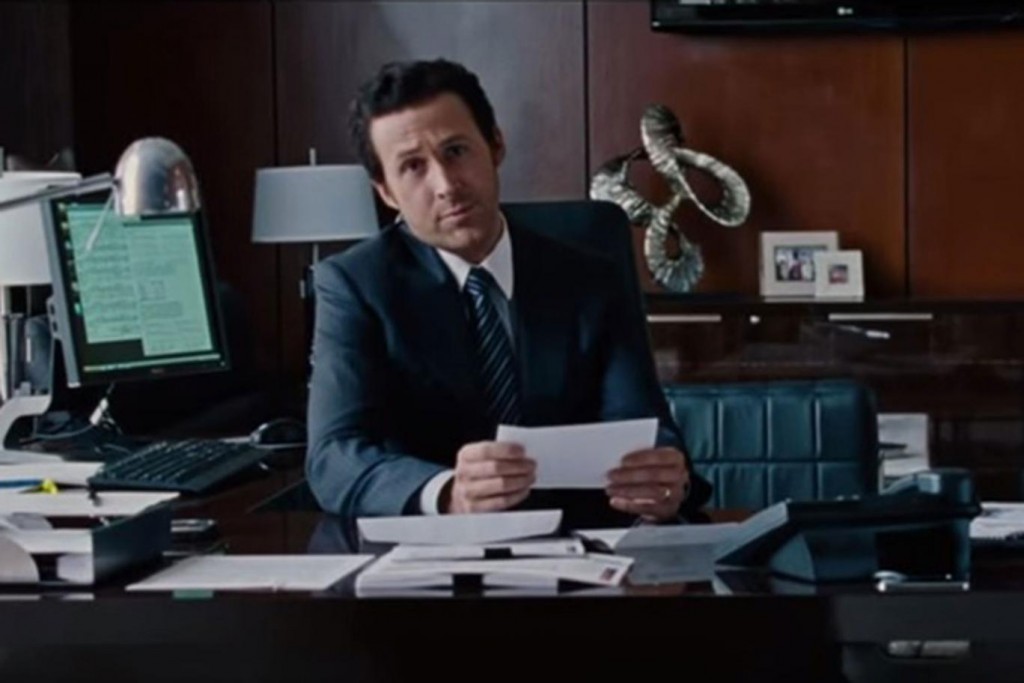 McKay weaves these stories perfectly with one another as it slowly gains tension to the big burst of the bubble. With McKay’s eye for comedy and his work with the camera as he pays homage to Scorsese, ‘The Big Short‘ is one fun film to be a part of. It’s funny and extremely well written from stop to bottom. Not only that, Bale and Carell are FANTASTIC here, completely losing themselves in their roles to where they become the character and not the big actor playing a character. Brad Pitt shows up along with a long list of other cameos in the film, sometimes even playing themselves as they try to explain how the housing market works and the chaos of the housing bubble.

I can’t wait to watch ‘The Big Short‘ again.