‘Stung’ Drops to Blu-ray and DVD in November!!! 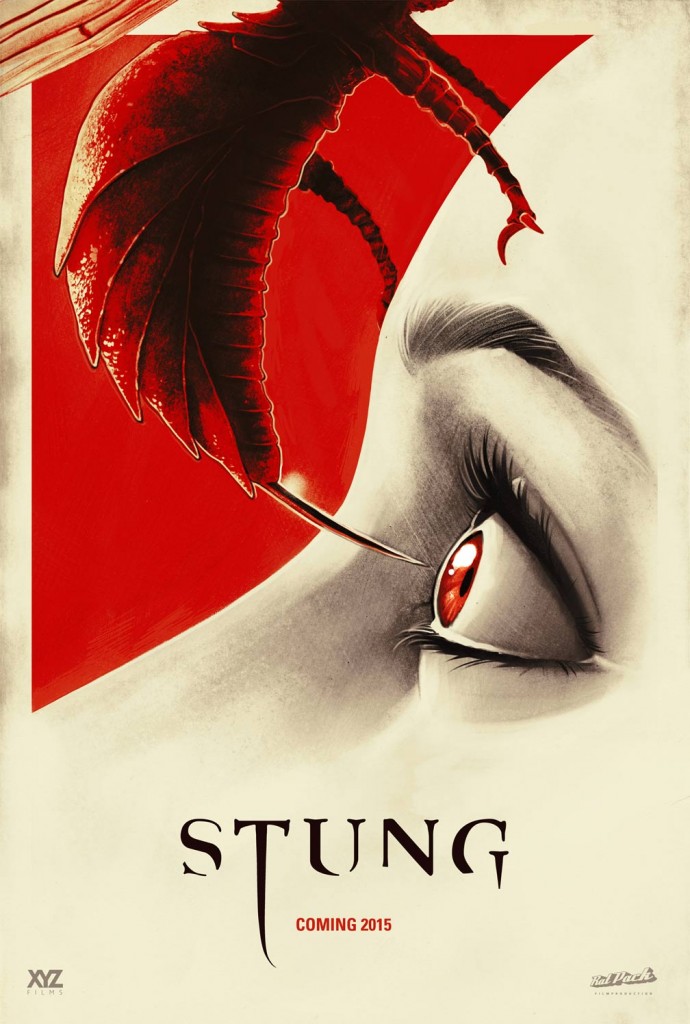 Whoever says horror movies lose their lustre after October 31st, can’t really count themselves a true horror fan. So those of us that count among the legions of true horror fans can get excited about ‘Stung‘ coming to disc on November 3rd, 2015 from Scream Factory.

‘Stung‘ takes the giant monster movie idea and updates it which leaves us with an experience unlike any other. The film stars Clifton Collins Jr., Jessica Cook, Lance Henriksen and Matt O’Leary.

The premise is straight-forward and easy to swallow. Mrs. Perch, an elderly, wealthy lady from rural America, is throwing a fancy garden party at her remote country villa. Same procedure as every year – except this time her illegally imported plant fertilizer seeps into the ground. Subsequently, a local species of killer wasps that usually lay their eggs into other insects mutates into 7 ft tall predators. And the celebrating upper class company provides just the right kind of prey. It’s up to Paul and Julia, the two catering staffers, to stop the creatures, fight for their lives, and incidentally getting their stumbling romance in order.

Don’t let the pretty, upscale fancy setting fool you, it’s packed with gore and is truly an exciting creature feature. It’s presence on Blu-ray and DVD is only going to be an exciting addition to your home collection. In this partnership with Scream Factory and IFC Midnight, the disc contains more than just the feature, it’s packed with all kinds of extras from director Benni Diez, producer Benjamin Munz and writer Adam Aresty.