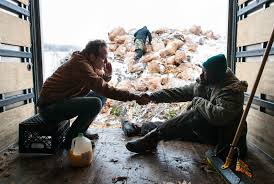 This short film revolves around an accidental meeting between three men at a recycling center. A white guy, who seems pretty fed up with his life, sits inside of his truck smoking marijuana before unloading his truck. The two black men who happen to be unloading their truck at the same time strike up a conversation, and a weird, somewhat strained and yet also oddly friendly encounter follows. In the short time they spend together they are able to see that despite their differences the experience they are currently sharing is pretty great. A fourth and unwelcome man comes into the scene and the dynamics totally shift. Does their new friendship hold up or does it all come crumbling down? 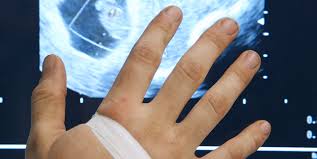 This film may be above me, perhaps I missed the point, or maybe I just didn’t see the beauty in it… but I felt like Cutaway was seven minutes that I could have spent somewhere else. This is an almost silent short, told through a series of up close images or actions. It tells the story of a guy who is going to a couple of appointments with a female in his life who has become pregnant and the backstory to what he’s going through in his own life.  I can see that this film has a deeper meaning, I just felt like the way it was shot was hard for me to focus on. 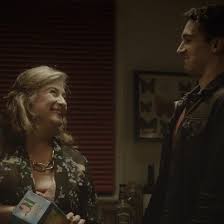 A much older woman meets a much younger man via the online dating app, Tinder. What makes this short relatable is not that this situation is actually happening often, but that the feelings behind it and the desperation behind the meeting seems to be what keeps people using Tinder like a drug. The man and woman, although really different, just want to have a connection. Their awkward evening filled with music, drinks and a very strange spooning session on her bed seem unrealistic. But the end of the film and the two’s private reactions to the evening are very raw and all too real. 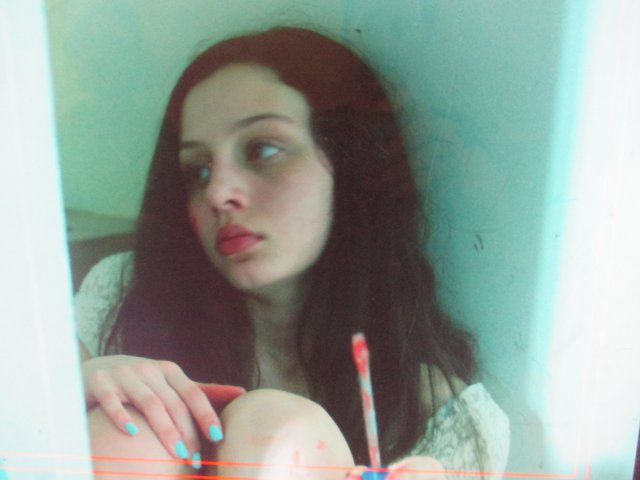 This short starts out slow but once it picks up speed it has you on the edge of your seat until the very end. After the death of her husband, a woman takes over the role of maintenance man in an apartment building, despite the resistance of the head stupor. The woman soon discovers that the men of the building have a secret and they will do anything to keep it from coming out. 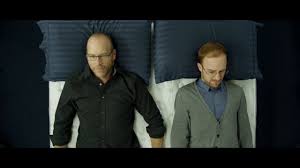 Shopping for a mattress has never been so tense. A gay couple embarks on a journey to find the perfect mattress before moving in together. It’s a modern day Goldilocks as they try beds that are too soft or too hard… and yet in the end, the mattresses weren’t the problem. As the two explore relationship issues, they come to find the one that’s just right. 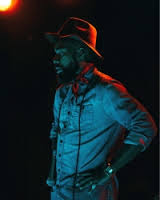 This short was the clear stand out in this compilation. Marcus Melville is starting a family and running a business, but he’s just been given some pretty bad personal news. He can’t seem to bring himself to talk about it with anyone- not his wife, not his mom, not his friends. Marcus Melville used to be quite a big deal in the rap scene, and when all else fails… get back to your roots. This innovative short had the audience saying “wow.” 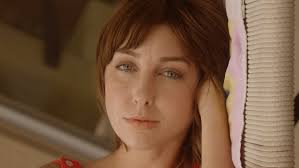 In this short a young married couple attempts to set up two of their friends at a weekend getaway. It seems like the couple never intends for this matchmaking to stick, but rather just to have some entertainment for the weekend. Their plan doesn’t exactly work and the weekend takes on a life of its own. 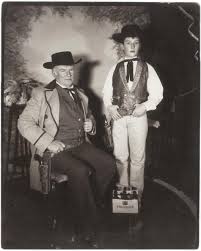 Trevor Anderson directs and stars in this short that attempts to rewrite the past. When Trevor was young he took an old timey photo with his father at the mall. Trevor didn’t really feel like the photo was the best depiction of himself, and that maybe there was a way the photo could have been done better. This film attempts to go back in time and take the photo that should have been.