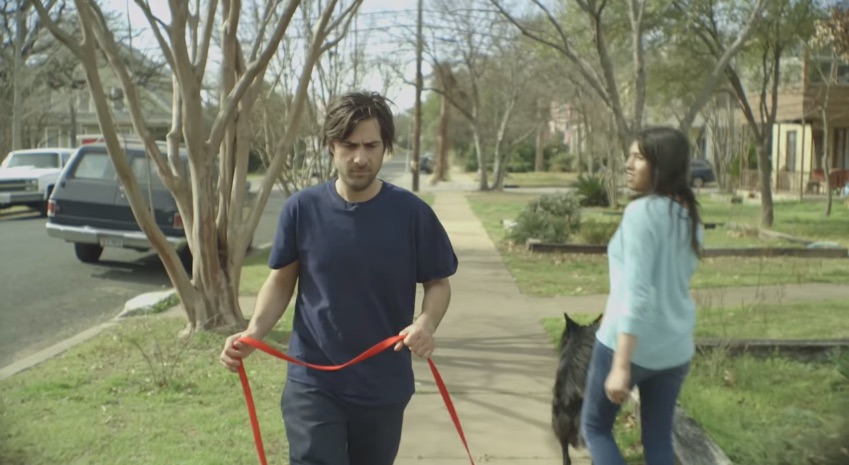 If you like Jason Schwartzman, and you like dogs, 7 Chinese Brothers is the film for you. Bob Byington (Somebody Up There Likes Me) wrote and directed this film that stars Jason Schwartzman as Larry, a pathetic thirty-something who can’t seem to make anything of himself. Larry lives with his dog, Arrow (Schwartzman’s real life dog), and works at Buca be Beppo, although that gig comes to an abrupt end.

Larry finds himself in the waiting area of a Quick Lube and before he knows it, he is their newest employee. It’s not so much that Larry wants a job, or wants to work at Quick Lube, but he’s pretty into the manager, Lupe (Eleanore Pienta). Larry’s bad at his job, but his humor is kind of charming in a blunt and dry kind of way.

The other side of Larry that makes him quite endearing is that he visits his grandmother in her old age home. His grandmother, played by Olympia Dukakis, is spunky and to the point. She marches to the beat of her own drum, much like her grandson. She doesn’t let Larry off the hook as a free spirit; she wants to see him do well, and she frequently urges him to get his act together. 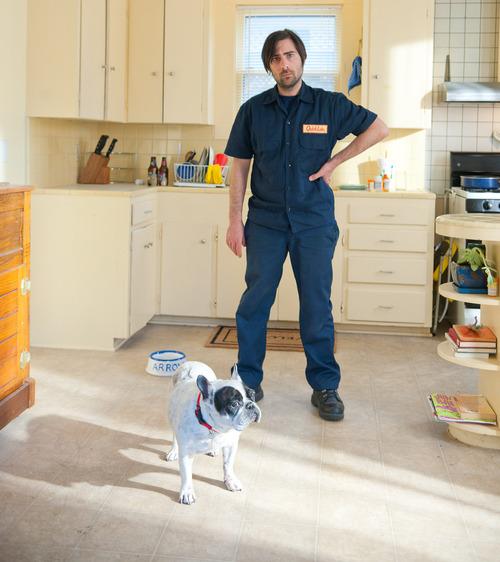 The film circles around these unknowns in Larry’s life: will he get the girl, will he get any money out of grandma, will he amount to anything? In the end, if you can call the end an end, it seems that Larry is making peace with himself. He may not know where life is going to take him or what his path may be, but he’s going to do it on his own terms. Whatever he had in his mind as the ideal may no longer be so, but it appears as though he’s coming to terms with what he wants his life to look like.

I loved Jason Schwartzman in this film, because this character is the ultimate Jason Schwartzman character. It’s one-liners over and over in the key of dry humor. Add to that the fact that he’s delivering those lines to a French bulldog and you’ve got a pretty fun movie.