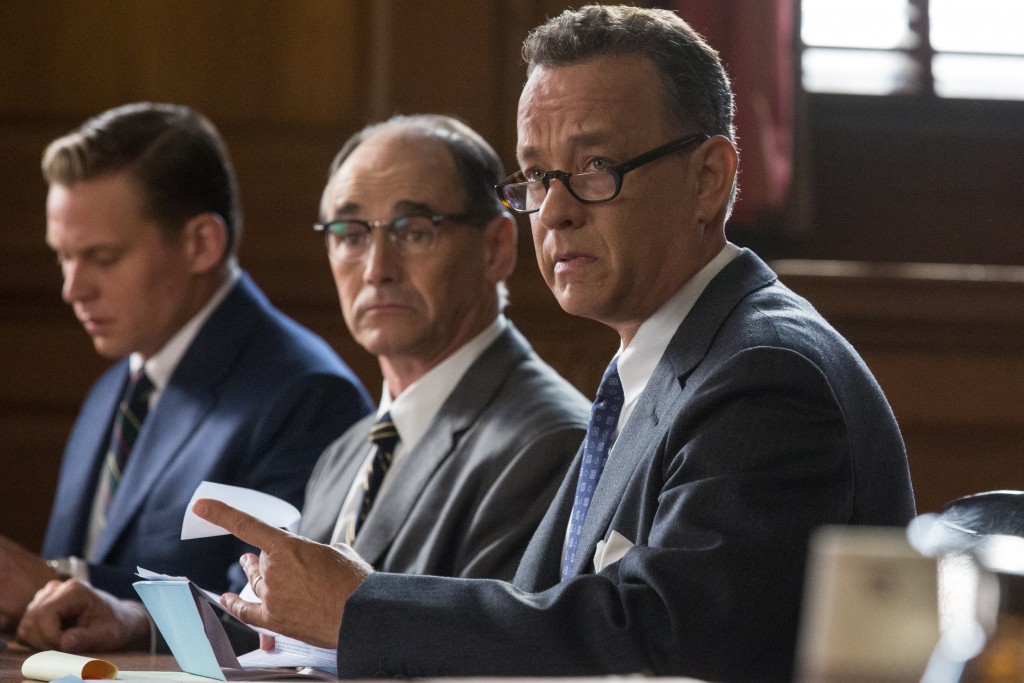 Steven Spielberg and Tom Hanks are together again. The team that gave us ‘Saving Private Ryan‘, ‘Catch Me If You Can‘, and even the slightly less than stellar ‘The Terminal‘ are coming together for a dramatic thriller set during the Cold War.

The project is set against the backdrop of historic events and tells the story of James Donovan (Hanks), a lawyer from Brooklyn who finds himself smack in the center of the Cold War when he’s sent by the CIA on the impossible task of negotiating the release of a captured American U-2 pilot. The story is inspired by true events and brought to the screen by writers Matt Charman and Ethan Coen & Joel Coen and will be released nationwide on October 16, 2015.

This project is almost certain to have Oscar buzz surrounding it and will have every reason for it with the star power and talent evident in Hanks and Spielberg alone. Each time they come together we get a story that is so realistic we only notice we’re not a part of it when the house lights come back up and we realize we were successfully whisked away for a two hour immersive, out of body experience.