There are three kinds of people in the world:  the overachiever, the underachiever, and the one that does just enough to not fail or threaten the other two.  Associate Professor of Literature James “Jim” Bennett (Mark Wahlberg) is on the precipice of changing his type.  Born of privilege, Jim is used to his mother (Jessica Lange) and her money saving the day.  He would gamble far above his earnings but the debt would be paid.  Something changes though.

The Gambler opens in a hospital room with Bennett and his grandfather.  Bennett tells his dying grandfather that he will miss him.  His grandfather’s response is “F*** that.”  Clearly, his grandfather wants Bennett to live his life and not mourn the dead.  This cut and dry point sends Bennett on an urgent quest of sorts to either live life in total victory or die.  Bennett wants everything and he is fearless in his pursuit of total victory.  And how does he intend to make the big score, gambling.  Not with low level gaming either, but with blackjack and roulette.

I have been a fan of Mark Wahlberg since (yes, I’m going to say it); he was Marky Mark with his Funky Bunch.  He was hot then and he is still hot now, 60 lbs. or no.  My first film in which to watch Wahlberg perform was Fear.  His acting ability blew me away.  He was dark and twisted as David McCall.  In The Gambler, I see the same dogged determination in Bennett as I saw in McCall.  It was frightening to watch the lengths to which McCall would go to get what he wanted.  You will feel in your bones and the leaping of your heart the same horror and frustration as you follow Bennett on his journey.  I have followed Jessica Lange for quite some time. 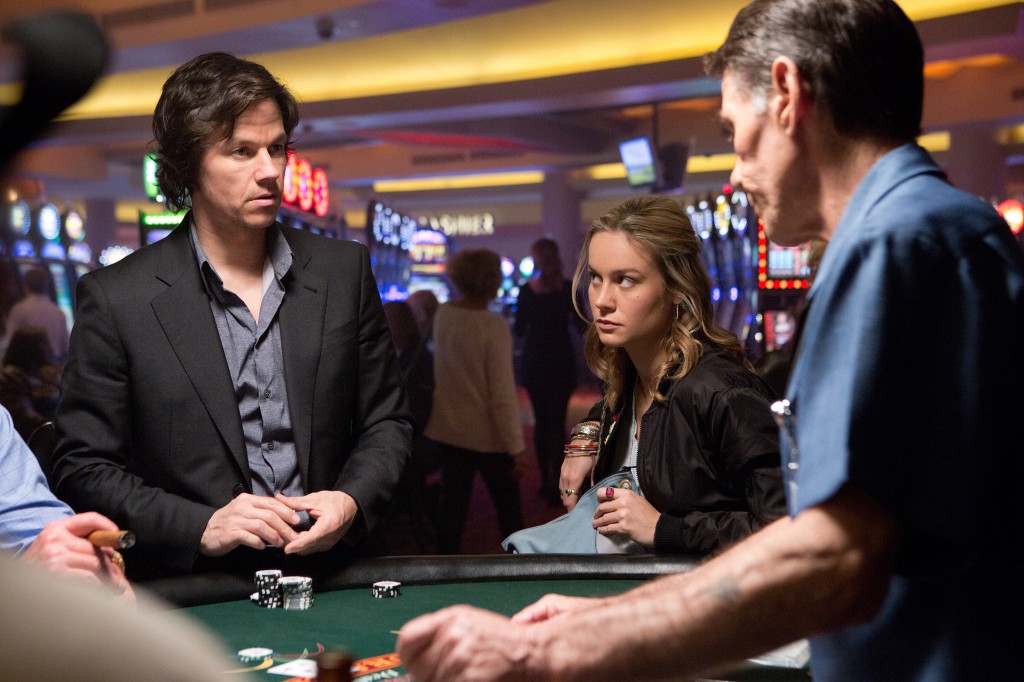 Ever since she was Patsy Cline in Sweet Dreams, I have admired Lange’s presence and depth of character.  She can pull the very soul out of a character, which is one of the reasons I was happy to see her in the American Horror Story TV show and in this film.  Welcome back in a mighty way, Ms. Lange!  Another blast from the past was John Goodman.  Seeing Goodman in Flight as a wild man drug dealer was a new visage in which to watch him work.  In The Gambler, he is a shoot them right between the eyes truth telling loan shark named Frank.  Frank gives Bennett a much better life goal to shoot for, but I won’t spoil it for you.  However, I’ve added it to my mental Rolodex.  You’ll see.

I did not see the 1974 The Gambler with James Caan as Alex Freed (the lit professor).  Nor have I read The Gambler novel by Fyodor Doestoevsky.  However, it is my understanding that the 1974 film was a loose adaptation of the novel and this 2014 film version is differs from the novel as well.  So, I see no reason to compare them to William Monahan’s screenplay.  Monahan’s The Gambler is a different animal and should be viewed without the past versions looming over its head.  It can stand on its own two feet.

The Gambler is a like repeatedly base-jumping as much as you can in two hours.  The score was intentional and very impactful on the film.  Great transitions, too.  For example, being thrown into a bathtub shifting to sitting calmly as a boy at the base of a pool in a flashback.  A frustrating ride.  WARNING:  If you have heart problems or anxiety/nerve issues, be sure to take your meds prior to entering the theater.  A final note:  If you can’t stand the heat, don’t enter this kitchen.