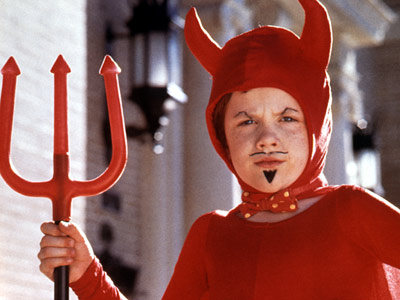 Anyone remember a little movie that came out in 1990 with John Ritter and Amy Yasbeck as hopeful, adoptive parents to the child from hell? ‘Problem Child‘ was the movie that was for sure going to scare any teenager even thinking of pre-marital sex, stop dead in their tracks, repent and go to church for the rest of their lives. Obviously it didn’t exactly work that way. That wasn’t even any of the filmmakers goal when they made the flick, I just threw that in, basically, because I can.

Scot Armstrong is working on the development side with NBC in turning the ‘Problem Child‘ film franchise into a single-cam comedy adaptation for television. ‘Problem Child‘  pitted some loving and solid couple that want, more than anything, to be parents (John Ritter and Amy Yasbeck). They are introduced to Junior. A sweet-looking, ginger-headed kid that would eventually wreak havoc on everything he ever touches. We’ve got Scot Armstrong, a writer on some pretty risque flicks when you compare then to a PG movie, but in reality we’re looking at movies like ‘Old School‘ and ‘The Hangover Part II‘. In cooperation with Armstrong and NBC are Universal TV and Peter Traugott’s studio-based TBD Prods. 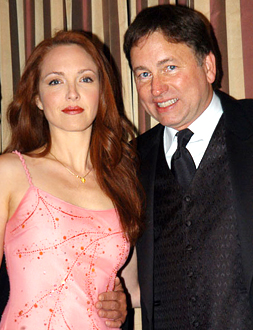 The silver lining on what was really a mediocre film for my taste, was this is where John Ritter met his future wife in Amy Yasbeck. It was a commercial success grossing over $72 million on a mere $10 million budget and bringing two sequels that were not exactly the greatest thing.

The transformation from movie to film is all in how you approach it. Armstrong has already stated he will be taking the exact opposite route as he did with ‘Starsky & Hutch‘. Armstrong was responsible for a few other pilots and series: ‘Best Friends Forever ‘ and ‘Animal Practice‘. Armstrong most recently co-wrote and directed the upcoming comedy ‘Search party‘.

I just can’t see it working without John Ritter. It’s like how the film company is planning to re-make the horror that defined my childhood with ‘It‘. I just don’t see how anyone can view any of the titles that Ritter starred in and being given out to someone else and be ok with it. This is my line in the sand. John Ritter was the reason I watched ‘Problem Child‘ in the first place. I do not see a reason jumping out at me with this series.