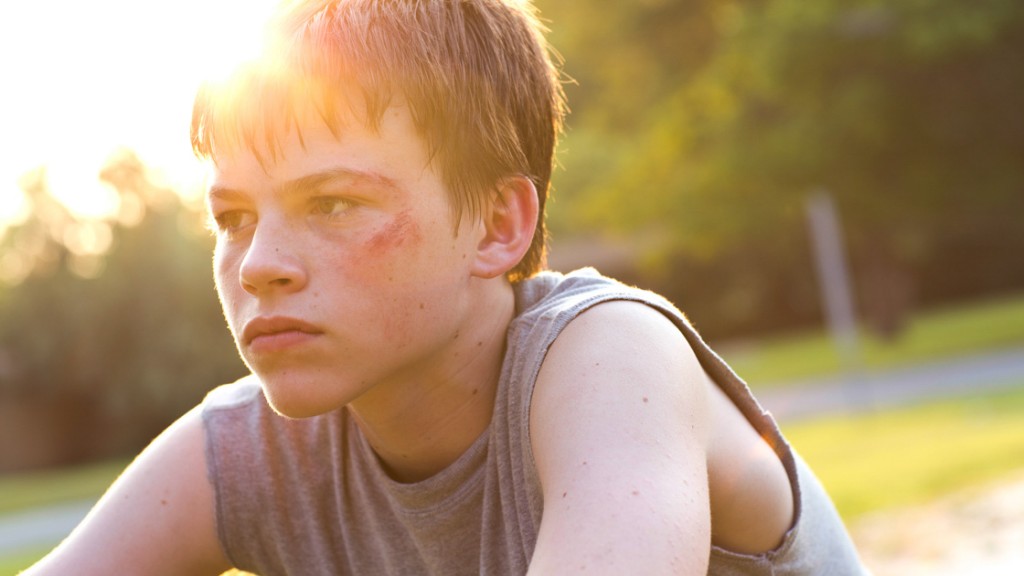 Texas-based filmmaker Kat Candler delivers a great dramatic story with excellent performances by her actors in her feature film ‘Hellion‘, which is based off of her 2012 short film of the same name. I love when director’s get the opportunity to tell their full story on screen from previous short, and ‘Hellion‘ is sure to have audiences talking about it for days to come. Director Jeff Nichols, whose previous film was the award-winning ‘Mud‘, served as executive producer for ‘Hellion‘, which is fitting, because both feature a couple of young adolescent boys in serious adult situations. While some of ‘Hellion’s script has a few problems, it makes up for it ten-fold with its directing and acting.

We meet 13-year old Jacob Wilson (Josh Wiggins), as he getting into some serious trouble with a group of friends and is caught by the police. The authorities tell him this is his last chance to be a better teenager before he is sentenced to a juvenile detention center. His father Hollis (Aaron Paul), feels like he has failed Jacob and his younger son Wes (Deke Garner) as well, due to the death of his wife, which has caused him to be emotionally and physically absent from his boy’s lives. He spends his days either drinking or trying to fix up his beach house in Galveston so that he and his two sons can start over from scratch, but he never seems to get his acto together, which is a trait that is passing down to young Jacob.

Meanwhile, Hollis’s sister Pam (Juliette Lewis), receives custody of Jacob and Wes due to Hollis’s unavailability, which causes a strife between everyone. When Jacob is not getting into trouble with his dead-beat friends or looking after his brother, he is practicing for motor-cross race competition, which seems like the only thing he cares about. But underneath this hardened skin is a gentle soul who want his family back together and not a laughing stock of the small South-Eastern Texas town.

What Candler does well here is capture these two boys and their father’s unconditional love for one another, even though they don’t wear it on their sleeve. And much like the iconic film ‘Stand By Me‘, ‘Hellion‘ shows a dark and beautiful coming-of-age story about brothers and friends sticking together no matter what obstacle comes their way. With all of these character’s faults, you still root for them at their lowest points and at their highest points. 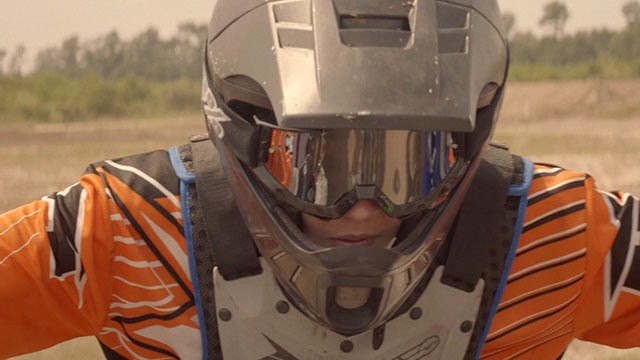 However, there are a few instances in the script where momentum and tension is not being delivered or built, which causes some pacing problems. There is a violent climatic scene that doesn’t pack the punch it needs to, because of how things are handled stylistically and editorially. And the buildup to this moment was almost non-existent.

That being said, ‘Hellion‘ delivers on a good story and its excellent performances. I’m sure we will see Josh Wiggins and Aaron Paul winning awards for this soon. And Candler proves she has an incredible eye for capturing the raw and realistic moments of a struggling family who wants a better life. The chemistry between Jacob and Wes is uncanny. This dark coming-of-age film is definitely worth seeing.

Watch our Interview with director Kat Candler by Clicking HERE!!