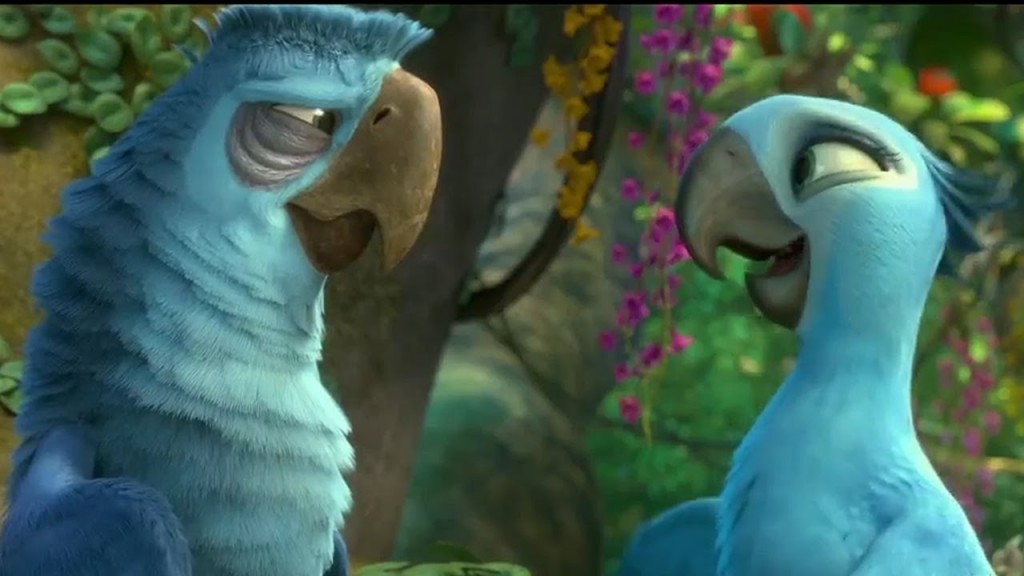 Some animated films stay with you, like Beauty and the Beast, Toy Story, Lion King, How to Train Your Dragon, and Shrek. There are some that you really enjoy and recommend to friends, for example The Lego Movie, Despicable Me, Wreck-it-Ralph, and Iron Giant. And then, there are those that you see that you think will only be good for people with kids because they have catchy songs and flashy colors, but not much else. Enter Rio 2, which falls solidly into this category.

We meet back up with Blu (Jesse Eisenberg), his wife Jewel (Anne Hathaway), and their new brood of kids in Rio de Janeiro. They quickly learn that they are not the last of their species and rush off to the Amazon to find the lost colony of macaws. What sounds like a heartwarming tale about finding our families and where we truly belong is overshadowed by a secondary story line of encroaching humans chopping down the rainforest. This could have been used as a good way to teach kids about protecting our natural resources, looking after the other creatures that inhabit our planet, or just not being a jerk. Instead, the lollypop loving bad guy (Miguel Ferrer) taught my son that, 1) piranha’s like lollypops, and 2) monkey’s like lollypops, and 3) that I should get him a lollypop. I wish i were joking. 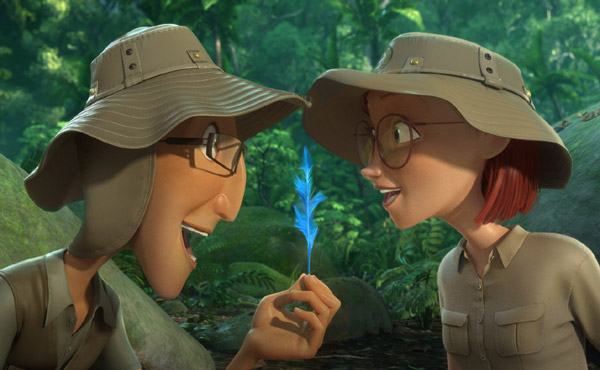 The message of saving the rainforest was completely lost on my son and the kids around us, despite the parents complaints of being beaten over the head with this message over and over. Having been called a tree-hugger and a dirty hippie myself, I’m not usually one to call fowl on an environmental subplot but this was Happy Feet levels of environmentalism being woven into kids cartoon with little to no subtlety.

There was another subplot of the villain Nigel the cockatoo, returning from the first film to take his revenge on Blu with the aid of a mute ant eater and a tree frog named Gabbi. To say that Nigel (voiced perfectly by Flight of the Conchords’ own Jermaine Clement) and Gabbi  (played with the usual perkiness and killer vocals of Kristin Chenoweth) steal the show is a gross understatement. They are the bright spot and memorable moments of an otherwise fairly forgettable sequel.

When I ask my 5 year old son what he liked best about the movie, he says, “the song at the beginning of the movie and the song when they first get to the jungle.” He’s right. The music is really catchy and during the jungle song sequence the imagery is played out like a feathery kaleidoscope of color and the only good use of the 3D component in the whole movie. When asked what he liked least about the movie he says “the part where they’re packing to leave, and the soccer part was really long, and the part where Blu’s father-in-law was mean to him, and the part where the bad guy was mean to the scientists, and when the henchmen chased the scientists, and when the white bird Nigel was trying to be mean to Blu.” He basically listed every other part of the movie. I asked him if he would want to see it again and he told me yes, because he’d like to dance to the music, so I asked him if he would rather watch the movie again or just get the soundtrack- the obvious winner here was “the soundtrack, mama” which features Bruno Mars, Jamie Foxx, Rachel Crow, and Andy Garcia among others. I would ask my 2 year old what he thought but he got bored about halfway through, which is highly unusual for my movie loving little guy, chucked his 3D glasses on the ground and just danced the rest of the movie.

All in all, I found the Rio 2 underwhelming and unnecessary, but with a well put together soundtrack that will probably make it onto my iPod and into my kids dance party rotation. If you do venture out to see it, save yourself a few bucks and see the 2D version. Despite the star rating below, I give the music of the film 3 Stars.