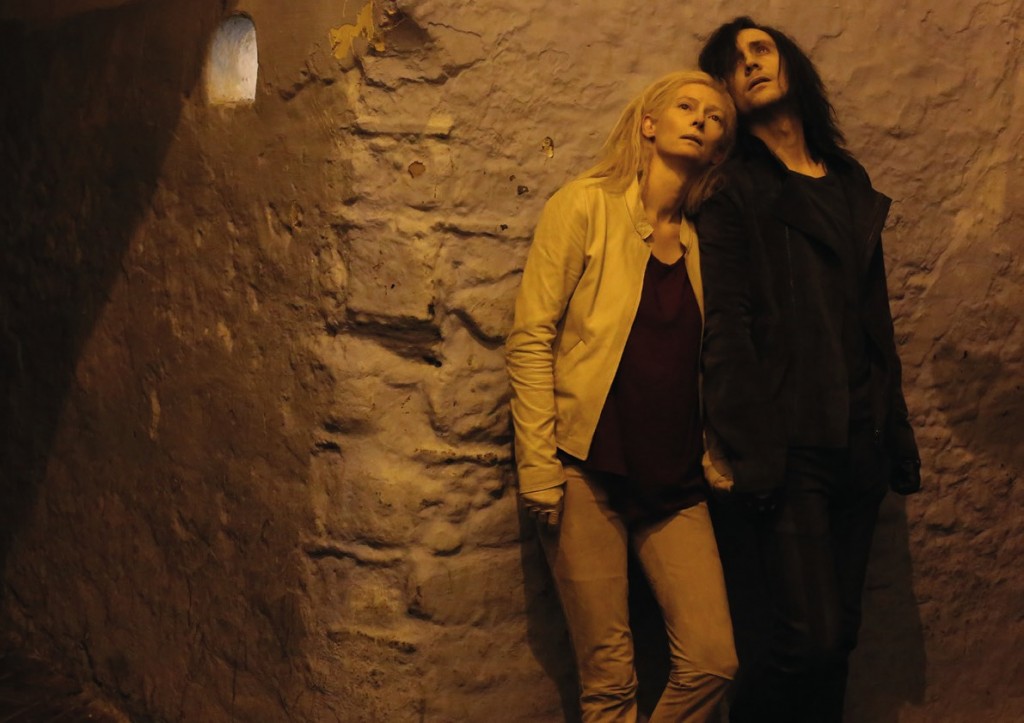 If all the Emo and Hipster kids got together and made a vampire film, it would probably play out a bit like ‘Only Lovers Left Alive‘, which has an excellent soundtrack, moody vampires who hate everything but new underground music, and talk about how much they hate everything. It gets old very fast. But instead of the Emo and Hipster kids, we got famed director Jim Jarmusch who directed ‘Down By Law‘,’ Ghost Dog: Way of The Samurai‘, ‘Coffee and Cigarettes‘, and ‘ Dead Man‘, and ‘Broken Flowers‘ to name a few – not exactly a light-weight. Jarmusch is an acquired taste like a fine 40-year old scotch, where not all people have developed a taste for the director, but those with exquisite taste love his work. I consider myself the latter. But once in a while, some of our favorite directors make a movie that is ultimately forgettable and doesn’t live up to the filmmaker’s past work. And that is where I stand with Jarmusch’s vampire film ‘Only Lovers Left Alive‘.

Jarmusch has wanted to make this for several years. My guess is since the vampire craze hit several years ago, Jarmusch wanted to jump on that. The film stars Tilda Swinton and Tom Hiddleston as two long distance lovers who happen to be vampires that have been together for thousands and thousands of years. Before production finally started on this film, Jarmusch had Michael Fassbender cast in the lead role, but due to scheduling conflicts and delays, Fassbender had to pass and the role went to Hiddleston (Loki in the Marvel movies). Hiddleston plays Adam while Swinton plays Eve, who are two vampires living in present day. 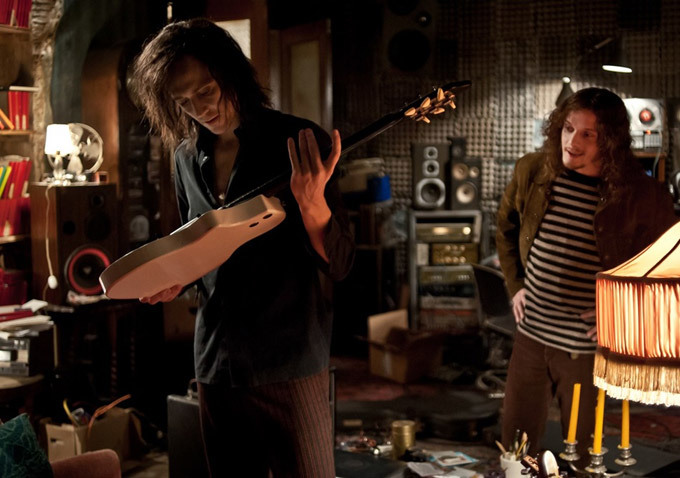 Adam lives in Detroit while Even lives overseas in Morocco, but they video chat almost every night to keep their relationship alive. Adam is a very reclusive musical artist who is very successful, although nobody knows who he actually is, with the exception of his only human friend Ian (Anton Yelchin) who brings him recording equipment, vintage guitars, amongst other things. One night Ian brings over a special revolver for Adam, which he requested. This firearm is supposed to be the weapon for Adam’s suicide, but before he can pull the trigger, Eve phones in and basically talks him out of it. Adam looks like he hates everything about the world and refers to his human friend and the rest of the human race as zombies.

I guess you could say he has become bored with life as he seems to have been around since the beginning of time. And most of the movie is basically Eve, the fun going and light hearted vampire, trying to get her lover out of this moody and depressive funk  he’s been in for a few years. Adam’s world is turned upside down when one Eve’s younger sister Ava (Mia Wachowskia) shows up in town and is the anthesis of what a hipster hates. Basically she is a main-stream pop princess who doesn’t mind taking a human victim anytime she wants to and causes huge problems for Adam. 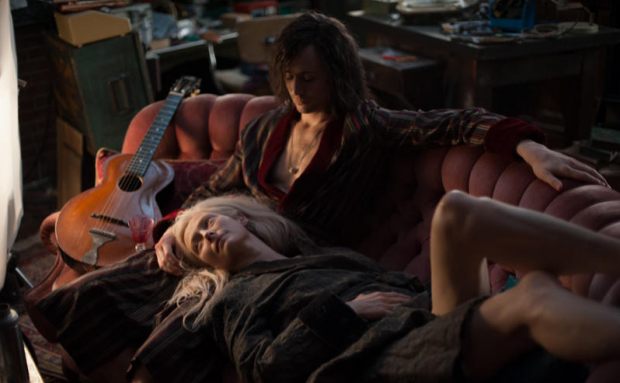 And the film runs along, or shall I say slowly walks along as Eve tries to get her lover Adam out of his current monotone state and head back to Morocco to see a dying friend and to feed on a special vile of blood that will keep them healthy for a while. You won’t find any blood in this movie or any real vampire kills either. You might see a couple of seconds of vampire fangs, but nothing much else besides a vampire with angst and moodiness so thick that you can pour it over one-hundred pancakes and still have some left over. There were a few cool things that I noticed new to the vampire world of movies that were shown in ‘Only Lovers Left Alive‘.

I enjoyed that Adam had a bunch of framed photos hanging on the wall of famous people he had met throughout the hundreds of years he was alive, as well as some cool artifacts lying around. It was cool to see that history of their existence. And it was nice to see that these vampires weren’t solely out to feed, but to just lead a fun and simple life like the rest of us humans. But that can only go so far. There is a funny moment where Adam takes Eve to see Jack White’s old house, but other than that, this movie is not Jarmusch’s best work. Swinton is amazing in this role and you truly believe she is a vampire throughout. However, Hiddleston is just too damn moody for my taste here. If you like you vampire movies overly long, moody, and with no action, blood, or comedy, then this is definitely a movie you will enjoy. Other than that, I think the only thing i can take away from this film is its kick-ass soundtrack.