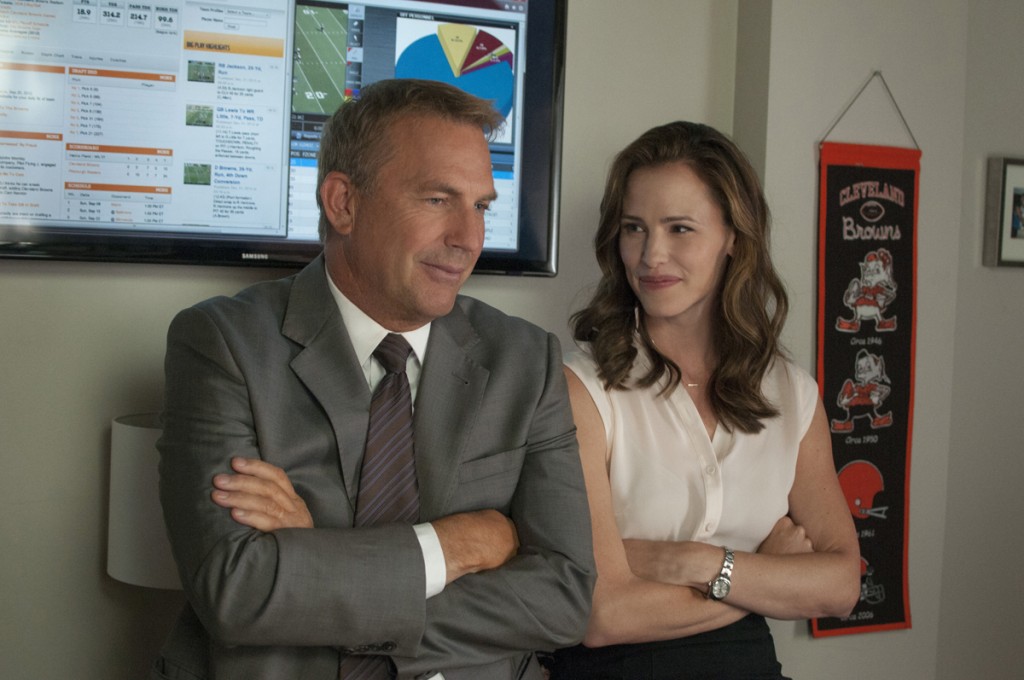 I have not been excited about a Kevin Costner movie since before I had my first kiss, which was Robin Hood: Prince of Thieves. And that came out in 1991 when I was 11, and let’s face it, I was going to see Christian Slater.  It was the last Costner movie that I saw in theaters, though I have sat through or fallen asleep during his other films like Waterworld and The Postman.  So when I was asked to go see Draft Day, a movie I knew absolutely nothing about going into the theater except that it was about either the NFL or NBA  (Do other sports have draft days?), I took my husband along for moral support/sports clarification just in case. This movie had all the makings of a perfect storm of being truly awful and I had a depraved eagerness to write this review in order to drop the hate bomb on Costner. But man, was I wrong. This movie was good. Really good.

Not quite Field of Dreams good, but definitely better than Tin Cup, For the Love of the Game, and Bull Durham. This brings us to a good point. Costner + sports movies = sure thing. He plays the average man better than most actors play any role, and when you toss in sports, he hits a home run, or in this case makes the trade of a lifetime.

In Draft Day, Coster plays Sonny Weaver Jr, the general manager of the Cleveland Browns, which is the man in charge of picking their new players on the big day. The week before the draft, Sonny’s father and former Browns head coach, passes away. To make matters worse,  the day of the draft he learns that his girlfriend, Ali, played by the stunning and totally out of his league Jennifer Garner, is pregnant. As the movie begins he is not handling either of these things well and is trying to balance these emotions while making a choice about his new players including a star player played by Tom Welling, while being hounded by the team’s owner (played with brilliant ego by Frank Langella) and the head coach (the always on fire, insult slinger Denis Leary).  There is a genuine humor in all of these decisions that is infectious and I found myself smiling in spite of myself. 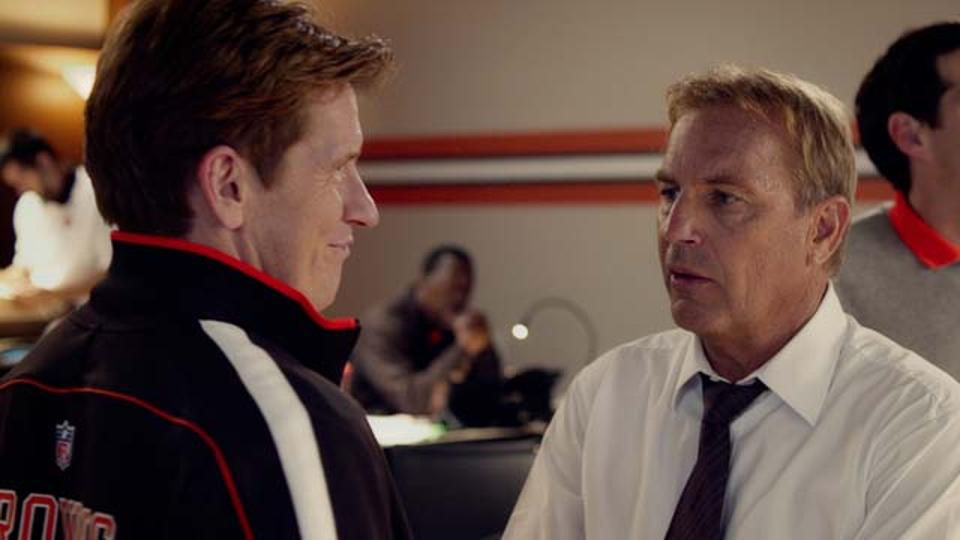 There are a lot of twists and turns that happen in Draft Day, and while you essentially know what is going to happen and who is going to be drafted, you are still interested to see the way it unfolds and will not disappoint you. Let’s just say the ending involves some well-placed cursing, and someone being called a donkey. My husband compared the film to the Tom “show me the money” Cruise movie Jerry Maguire, except better in a lot of ways.

Draft Day plays to your heart strings without being super over the top (“you had me at hello”) and funny without being cringe worthy (see the above reference to “show me the money”).  There are a lot of football references, but to even the casual game watcher, most are easily understandable and I didn’t have to call on my sports interpreter even once.  So for the first time, in what seems like ages to me, Kevin Costner has scored a touchdown.

P.S. – I had the extreme pleasure of talking with actor Tom Welling, who is in the movie ‘Draft Day‘ with Kevin Costner, but is most known for playing Clark Kent in the hit tv show ‘Smallville‘.  It was a fun interview in Dallas, TX. CLICK HERE FOR THE INTERVIEW!!