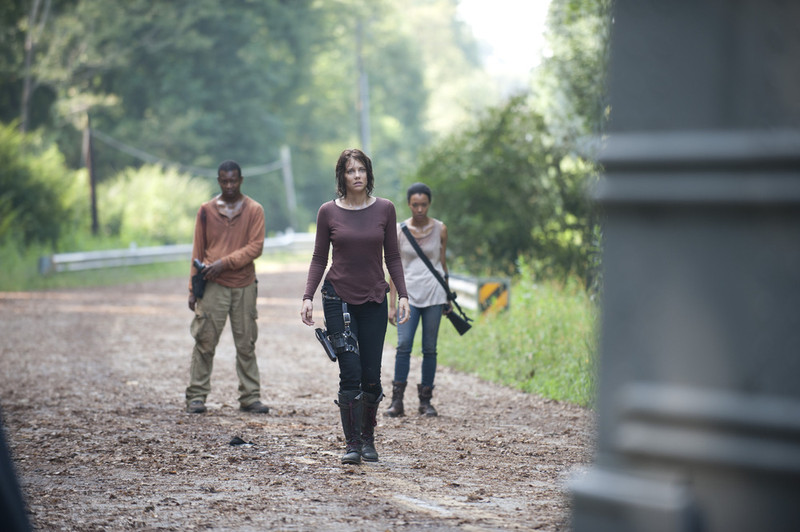 In this episode of ‘The Walking Dead‘, we finally get through most of the psychological issues that the characters had. There’s  some action and suspense in this episode, even a tiny bit of love.  Let’s get to it. The show starts out with Bob reminiscing back to where he was right before Glen and Daryl find him. He’s walking down a street alone when Daryl and Glen find him. Fast forward to present, Bob, Sasha and Maggie are in the fog fighting off walkers in a pretty cool scene. Sasha thinks that finding Glen is a lost cause and after going back and forth, they still continue to look for him. They see the sign for Terminus start walking there to find Glen. Sasha tells Bob how they need to set up camp and chill somewhere and the next morning, Maggie leaves them to do this alone. Bob and Sasha follow her.

So, Beth hurts her ankle hurting a walker. Daryl helps her to a funeral home so rest.  This place is sealed up with food, it’s almost too good to be true. While here, you can see Daryl and Beth getting close.  It’s a beautiful thing. Funeral home, coffins, and love. 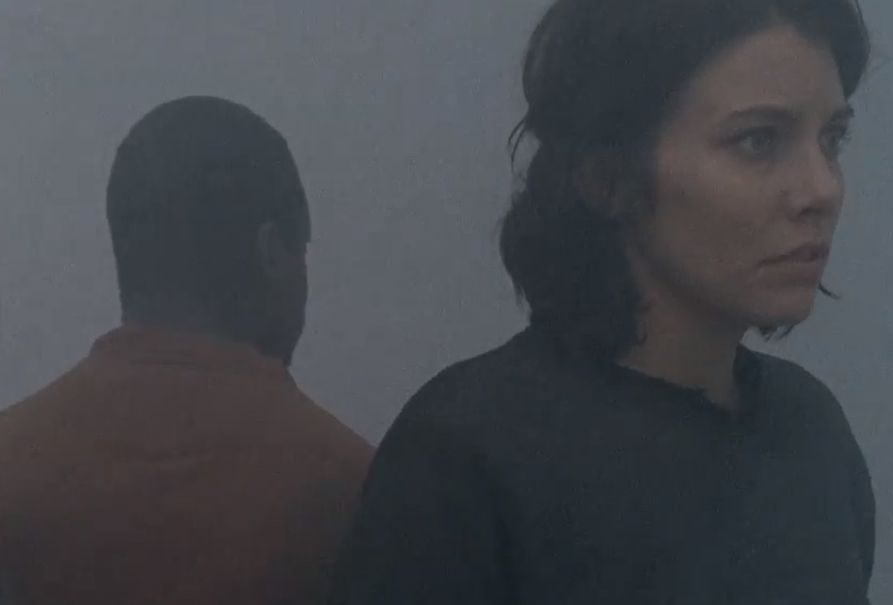 Maggie is walking and decides to use the blood of a walker to make a sign for Glen to tell him where to go. Pretty freaking disgusting. Bob and Sasha are getting closer and talking more. He asks her why she thinks Tyrese is dead and if not, why she is scared to see if he is alive. He also called her sweet, which was so cute.

Daryl and Beth decide to stick around the funeral home for a while. Beth has finally convinced Daryl that there are good people around. Beth and Daryl are getting closer and closer. Then, the weirdest thing that I have seen on the show happens. A huge herd of zombies take over the funeral home and chasers Daryl downstairs. These walkers were lured to this location by someone. After Daryl fights his way out, he gets back outside to find that Beth has been kidnapped by someone in a car. Craziest thing ever!

So, Bob and Sasha are following Maggie’s blood signs and Daryl is running after Beth on foot. Daryl finally sits down at railroad track. Sasha sees a town and refuses to go any further. Bob kisses her and tries to persuade her. He doesn’t and continues to a sanctuary. She gets situated in a building and looks out to see an ice cream truck surrounded by walkers. A window falls and Maggie sits up among the walkers. Sasha runs out and helps her kick some ass in one of the coolest fighting scenes ever! Maggie tells her that she needs help and knew she would come. Sasha changes her mind. They find Bob and continue to Terminus.

Daryl finds himself in a pickle when a group of criminals find him. I’m pretty sure it’s the same group from the house that Rick ran from. After some chatting, Daryl decides to join them. I’m pretty sure he did it to save his ass.

Final scene is Glen seeing the map and sign to Terminus.

So there’s only 3 episodes left in this season. So does this mean that the season will begin to pick up or is there still emotional baggage that needs to be dealt with before we move on. Seriously. This crap is really starting to get old. The apocalypse has been around for a while now, get it together. So what do you think?